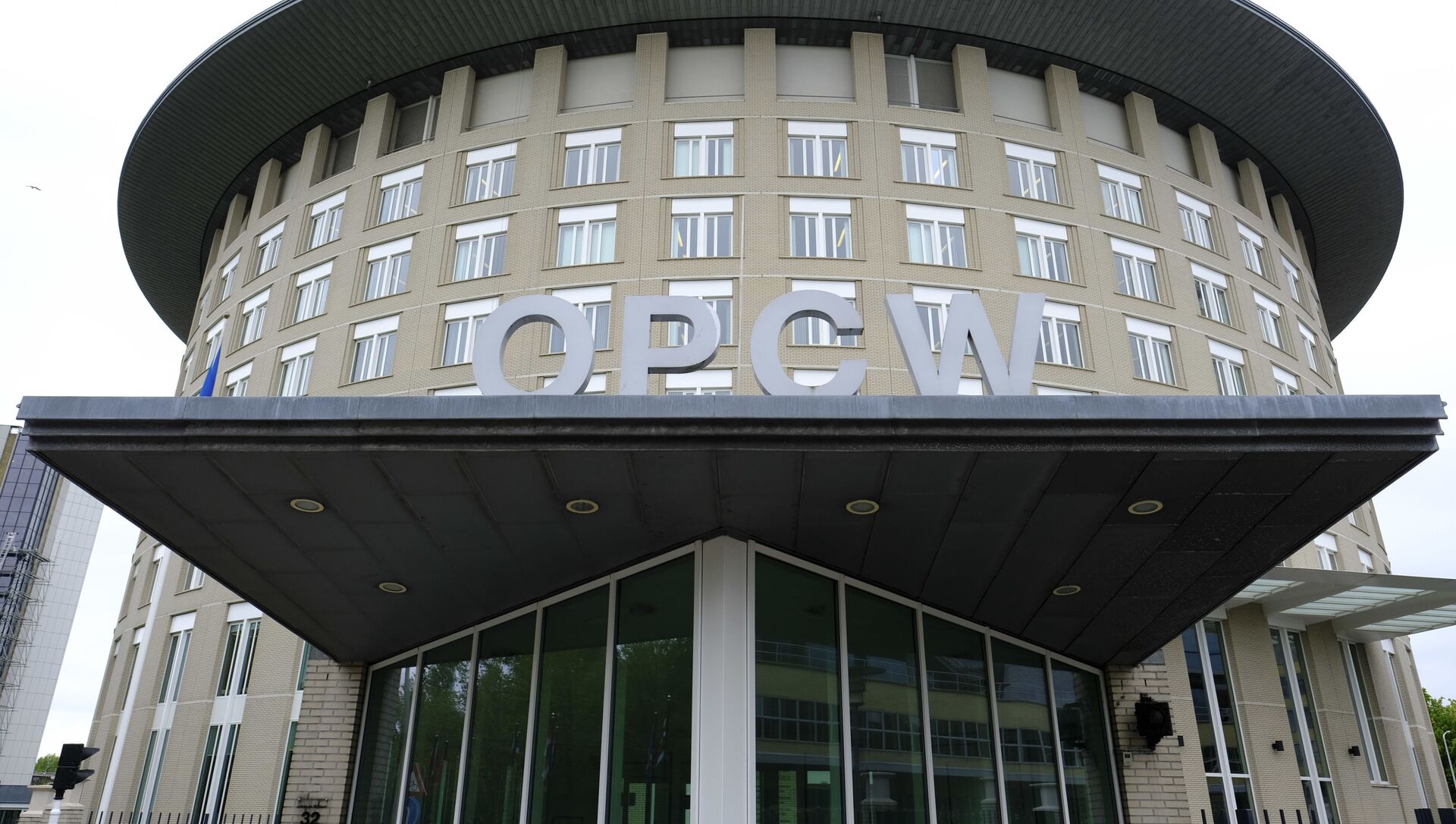 PARIS (Sputnik) - Syria was deprived of its rights and privileges in the Organisation for the Prohibition of Chemical Weapons (OPCW) by rigging facts, blackmailing and "twisting arms" of some countries, Russia's Permanent Representative to the OPCW Alexander Shulgin said.

The 25th Session of the Conference of the States Parties to the OPCW was held in the Hague on 20-22 April. During this session, France presented a draft resolution, which provides for the suspension of the rights and privileges of Syria in the organisation due to the alleged violation of the Chemical Weapons Convention (CWC) by Damascus. Members of the organisation adopted the resolution by a majority vote.

"At the 25th conference of the participating States that ended in The Hague, an anti-Syrian resolution on the deprivation of Syria of its rights and privileges was adopted. This means that Damascus is deprived of the right to vote at sessions of the highest governing body, the conference; it cannot be elected to the executive board of the organization, and also to any of its other subsidiary bodies, the Syrians will be denied access to posts in the technical secretariat," Shulgin said.

He noted that this was the first such precedent on The Hague site when a state party was declared a persistent violator of the CWC and sanctions were applied against it.

"And this is done by falsifying facts, massive propaganda, blackmail and twisting arms of some countries to ensure the necessary voting results on the relevant documents. To our great regret, this is what the OPCW is turning into. All this is done by the efforts of the United States, France, the United Kingdom and others. countries that do not cease to nurture plans to remove the government of Bashar Assad, which they hate, from the political arena," the permanent representative emphasized.

Opponents of official Damascus, by their actions to advance geopolitical interests, are destroying the OPCW and leading it to collapse, he added.