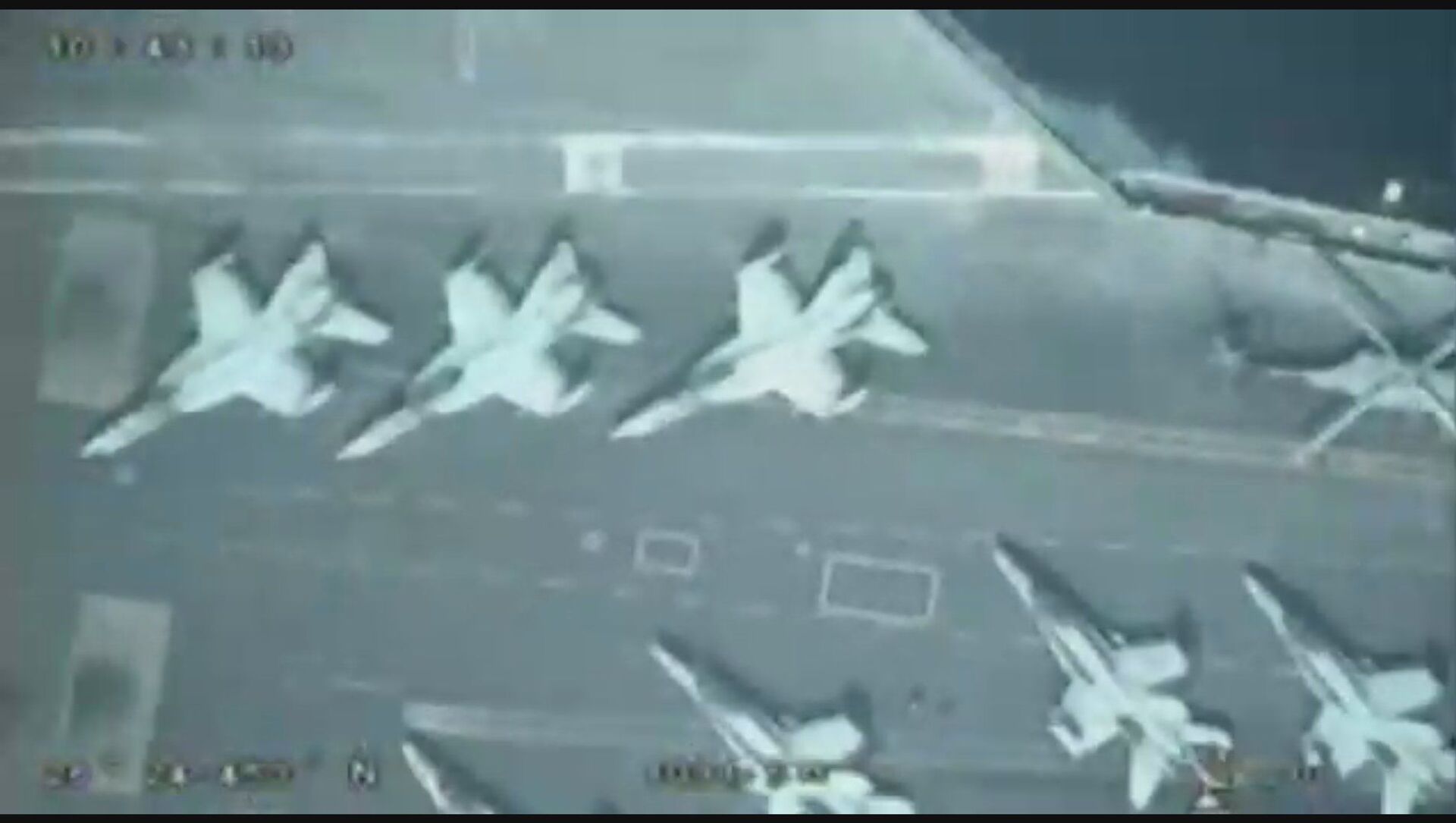 TEHRAN (Sputnik) - Iran's Islamic Revolution Guard Corps (IRGC) has released precise drone footage of what it says to be a US Navy aircraft carrier in the Persian Gulf, the state-run Press TV said on Wednesday.

The video, which shows the aircraft carrier with warplanes, helicopters and other military equipment, was shown late night Wednesday.

The footage, which was allegedly recorded by a four-strong drone squadron, provides real-time and precise details of the US warship.

The IRGC command has claimed that its forces could destroy any US military object in the region.

Iran's IRGC drone takes precise footage as it flies over US aircraft carrier in the Persian Gulf pic.twitter.com/q0xEfoty7v