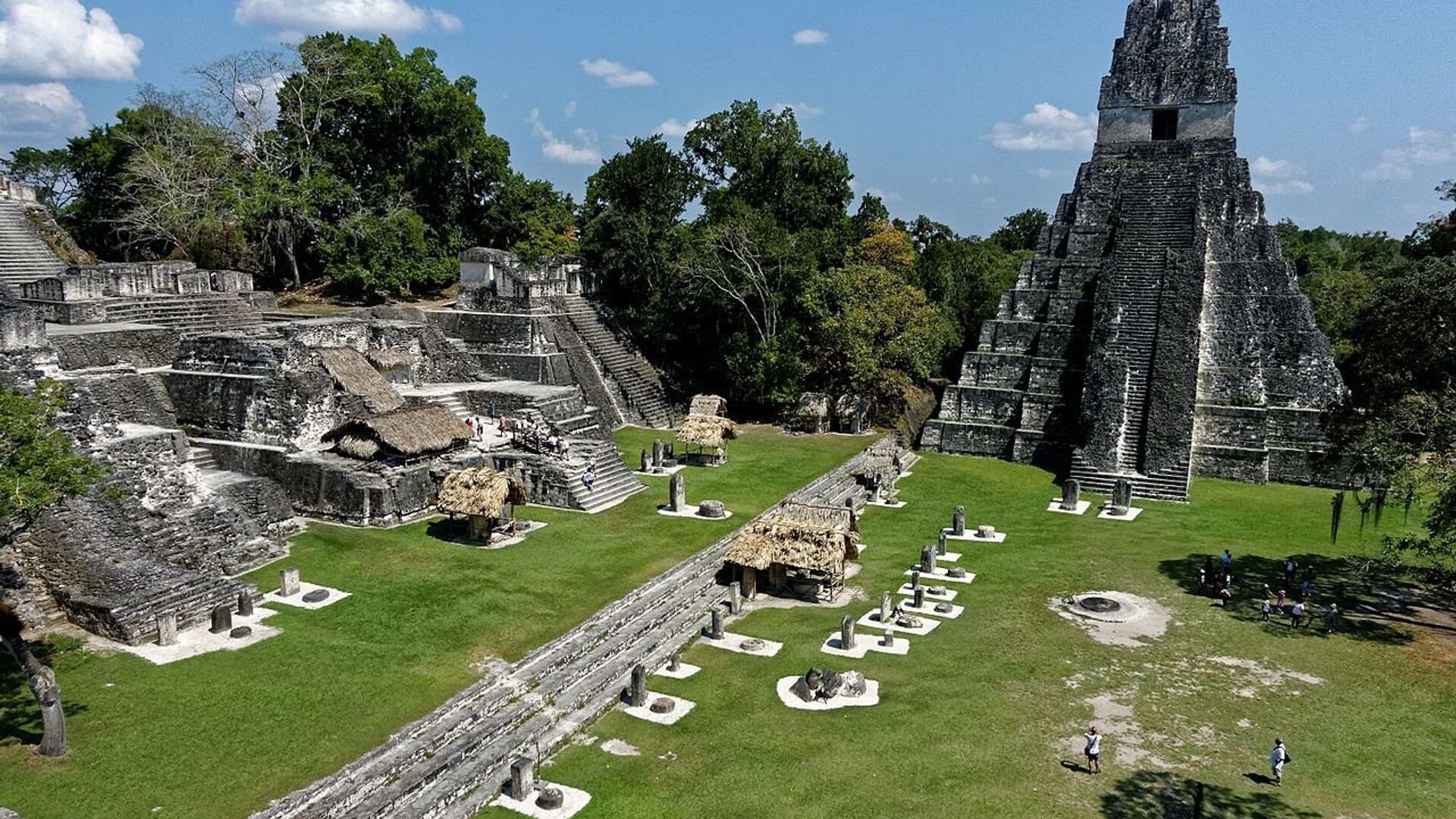 CC BY-SA 2.0 / KimonBerlin / Tikal 2-19
Subscribe
International
India
Africa
Svetlana Ekimenko
All materialsWrite to the author
The current research is sponsored by the PACUNAM LiDAR Initiative, which used revolutionary technology in 2018 to digitally remove the tree canopy from aerial images to reveal the vast ruins of a complex pre-Columbian civilisation more interconnected than Maya scholars had previously supposed.

What looked like just another hill dotting the swelling landscape of the ancient Maya city-state of Tikal in what is now northern Guatemala has been revealed to be hiding an ancient monument, according to Edwin Román Ramírez, an archaeologist at the Foundation for Maya Cultural and Natural Heritage (PACUNAM).

Ramírez announced the find at a press conference hosted by PACUNAM and Guatemala’s Institute of Anthropology and History on 8 April 2021.

Amazingly, the discovery was made within one of the most extensively excavated archaeological sites on Earth, as archaeologists zoomed in on an aerial image of the mound in 2018 using laser scanning equipment called “Light Detection And Ranging”, LiDAR.

Back in 2018 the revolutionary technology had allowed scholars to embark on a “major breakthrough” after the ruins of more than 60,000 houses and palaces were unveiled after being shrouded for centuries in the jungles of northern Guatemala.

Recent investigation of an area of the Maya city of Tikal in northern Guatemala has uncovered a possible embassy complex that resembles the citadel at Teotihuacan, which is located more than 600 miles away. https://t.co/GupQEawPCa pic.twitter.com/hBY9y0mU5v

​The laser laid bare the shape of a human-made structure –a pyramid - hidden under centuries of accumulated soil and vegetation. Furthermore, it was discovered to be part of an ancient layout that also included a large enclosed courtyard with smaller buildings around it.

It was not just the discovery in itself that stunned experts, but rather the fact that they were quite different from any others found at Tikal. The uncovered complex resembled the citadel at Teotihuacan, located more than 600 miles away, in what is now Mexico City.

“The similarity of the details was stunning,” Brown University archaeologist Stephen Houston, who was part of the team who first noticed the striking features, was quoted as saying by Science Magazine.

Using the LiDAR images, Edwin Román-Ramírez, the director of the South Tikal Archaeological Project, launched a series of excavations in the summer of 2020.

Artefacts discovered by his team ranged from Teotihuacan-style weapons, some made from green obsidian from central Mexico, to incense burners and carvings of Teotihuacan’s rain god. A burial with Teotihuacan-style offerings in the pyramid offered more tell-tale clues to the purpose of the site. 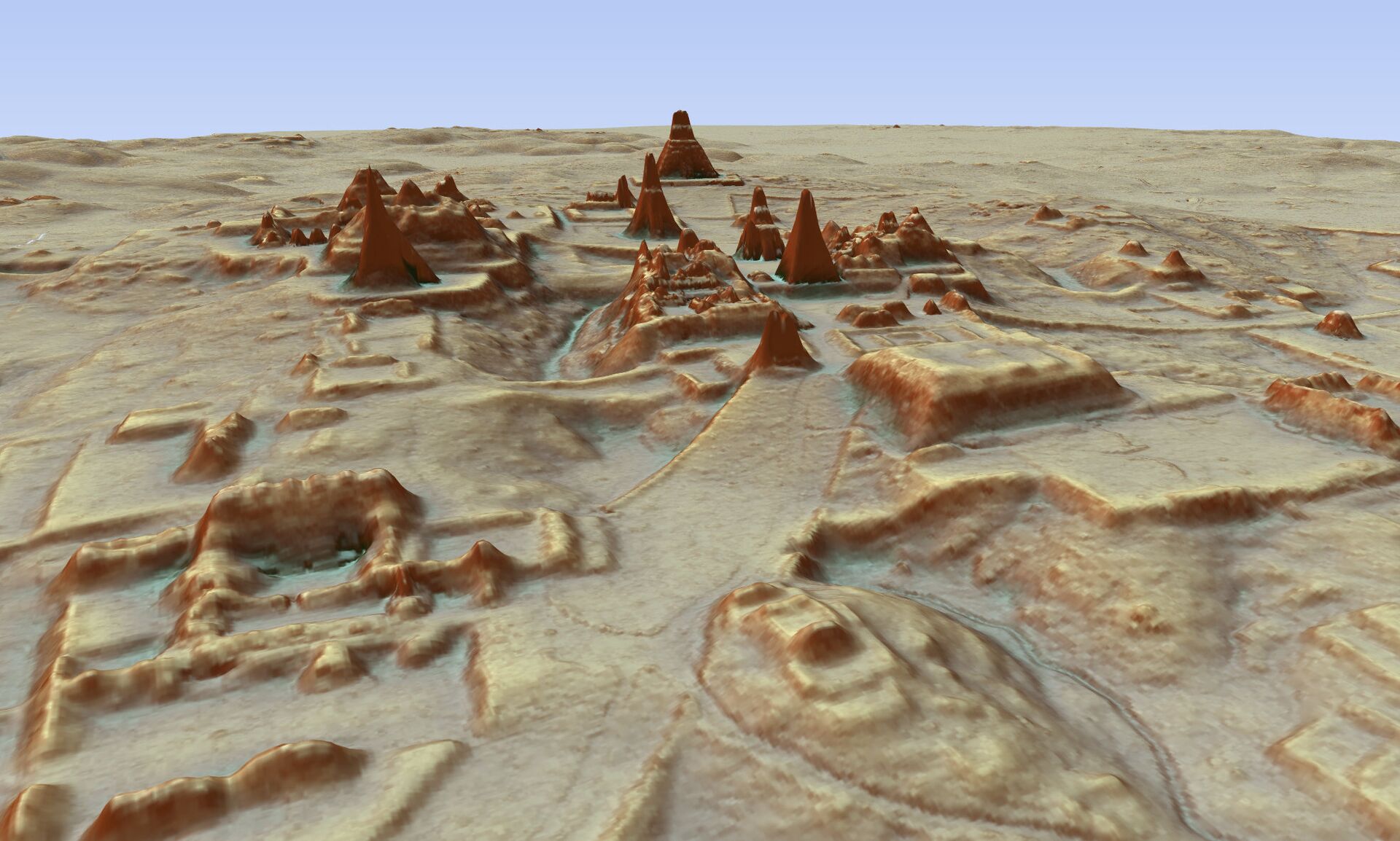 Ceramics discovered inside the pyramid have been dated to around 300 A.D., nearly 100 years before Teotihuacan is estimated to have invaded Tikal, in 378 A.D.

According to Maya inscriptions, Teotihuacan’s king sent a general to topple Tikal’s king, and installed his young son as its new ruler.

“We can’t say for sure that the people who built this were from Teotihuacan. But they were certainly people who were very familiar with its culture and traditions,” Román Ramírez was quoted as saying.

From Diplomacy to Violence

The question that archaeologists immediately faced after the discovery was the intriguing mystery of why an enclave of Teotihuacan was located in the heart of a Maya capital.

“We knew that the Teotihuacanos had at least some presence and influence in Tikal and nearby Maya areas prior to the year 378. But it wasn’t clear whether the Maya were just emulating aspects of the region’s most powerful kingdom. Now there’s evidence that the relationship was much more than that,” said Román-Ramírez.

Meanwhile, a team led by Nawa Sugiyama, an archaeologist at the University of California, Riverside, discovered an elite Maya compound with smashed and buried murals in Teotihuacan. The luxurious nature of the finds suggests that the residents may have been nobility or diplomats. Nearby, a pit filled with shattered human skeletons was found.

According to archaeologists, the discovery of what are referred to as ‘mirror-image’ sites suggests the possibility that embassies staffed with diplomats had existed in the two cities prior to the invasion, with some incident having triggered a shift from diplomacy to violence.

While radiocarbon dating of the Tikal structure has been delayed due to the ongoing coronavirus pandemic, as well as a pending isotopic analysis of bones found in a burial chamber. The further studies may offer more conclusive evidence as to where the deceased lived at different times during their lifetime.

“…What we’ve found suggests that for more than a century people who were at least very familiar with Teotihuacan culture and traditions were living there in their own colony, a sector distinct in identity and practising the religion of Teotihuacan,” said Román-Ramírez.

The new discoveries have been hailed by experts as possibly holding the key to solving the riddle of what went wrong in the relationship between Teotihuacan and Tikal that made the former take over its former ally.

“Clearly we’re zeroing in on some really important turn of events in the Maya-Teotihuacan story—and one of the grand mysteries of Central America is a few steps closer to being solved,” said Francisco Estrada-Belli, a Tulane University archaeologist.