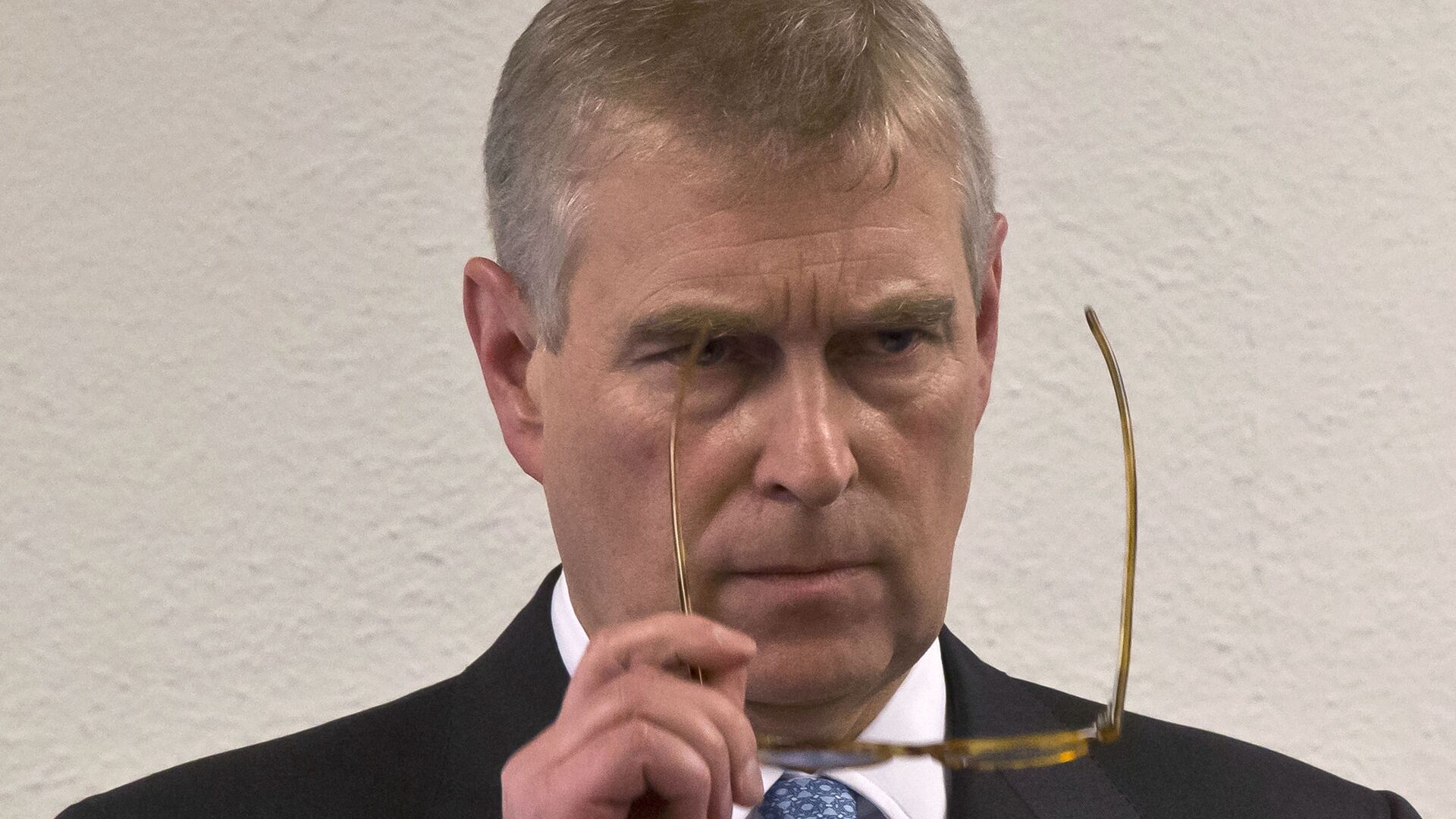 © AP Photo / Michel Euler
Subscribe
International
India
Africa
Andrei Dergalin
All materialsWrite to the author
Prince Charles and Prince William are now reportedly sorting out the "future business of the monarchy" and will design tailor made roles for its seven senior members.

While Prince Andrew attended the funeral of his father Prince Philip last weekend, his future within the British royal family is uncertain, the Daily Mirror reports.

According to the newspaper, Buckingham Palace sources have revealed that both Prince Charles and his son Prince William are "totally aligned" that there's "no way back" for Prince Andrew in the wake of  the controversy regarding his relationship with Jeffrey Epstein, the late convicted sex offender.

This development comes as the Prince of Wales and Duke of Cambridge have reportedly planned a meeting to "sort out future business of the monarchy and design tailor made roles for each of the seven senior members of The Firm."

Prince Charles and Prince William, who are said to be "completely focused" on supporting Her Majesty, are now expected to "carve up future engagements and projects as well as major tours for seven senior members of the royal family," as the newspaper puts it.

Prince Andrew found himself in hot water after his disastrous interview with the BBC in November 2019, when he defended his friendship with Epstein and rejected accusations levelled against him by Virginia Giuffre Roberts who claimed that she and the royal had had sex three times between 2001 and 2002.

The Duke of York has since stepped down from royal duties.