Merkel Says She Criticises Putin to His Face, Not Behind His Back After Biden's ‘Killer’ Jab 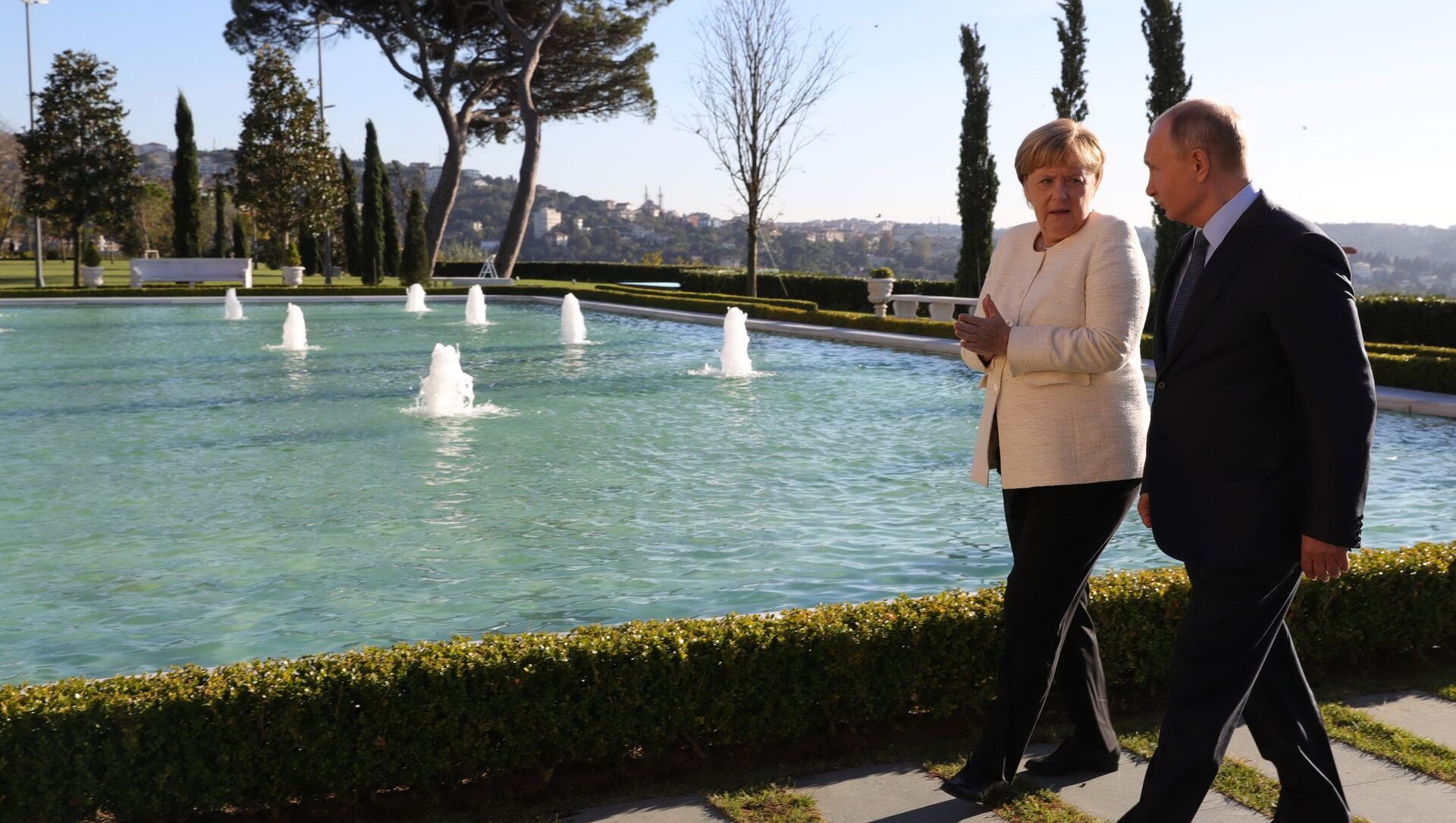 Ilya Tsukanov
All materialsWrite to the author
Joe Biden sparked a diplomatic scandal with Moscow last month after agreeing with a journalist’s characterisation of Vladimir Putin as a “killer” who would be made to “pay a price” for Russia’s alleged meddling in American elections. Putin brushed off the remarks, wishing Biden “good health” and suggesting he was projecting US sins onto Russia.

German Chancellor Angela Merkel has indicated that she is not afraid of criticising her Russian counterpart to his face.

“As far as Mr. Putin is concerned, I will tell you in my own words: if we’re talking about criticism, I don’t hide it. I tell him directly about it, including in our personal conversations. This is my way of dealing with the fact that we do not agree with everything that goes on in Russia in the area of human rights,” Merkel said, speaking at a meeting of the spring session of the Parliamentary Assembly of the Council of Europe on Tuesday, and answering a colleague’s question about whether she considers Putin to be a “killer”.

“I have already mentioned the topic of [Alexei] Navalny, but can name any other topics,” the chancellor noted, adding that there are “all kinds of other human rights issues when it comes to Russia”.

At the same time, Merkel emphasised the importance of continued dialogue with Russia, and defended Nord Stream 2.

Merkel Defends Nord Stream 2, Says EU-Level Disagreements on Pipeline Result of ‘Political Struggle’
Putin and Merkel have known one another for nearly two decades, first meeting in 2002, several years before the German politician became chancellor in 2005. In the years since, the Russian president, who worked in the former East Germany for years and speaks fluent German, and Merkel, who was raised in East Germany and is known to speak Russian, have established a pragmatic, businesslike relationship.

Late last year, commenting on Merkel’s plans to retire after the upcoming September federal elections, Putin said he and the chancellor have “maintain quite good personal relations”, and that “relations between our countries remain at a rather high level”. When asked whether he would miss her, Putin indicated that “she is not going anywhere yet”.

Merkel has stated repeatedly in the past that when it comes to Russia, she believes “that controversial topics can be solved through dialogue”.

Merkel’s comments Tuesday come in the wake of last month’s diplomatic flap between Moscow and Washington over President Biden’s agreement with a journalist’s characterisation of Putin as a “killer” who will be made to “pay a price” for Russia’s alleged malevolent meddling in America’s elections. The remarks prompted Russia to recall its ambassador to Washington, but Putin himself brushed off the comments, wishing Biden well. The Biden administration followed up the “killer” remarks with a new package of sanctions last week.