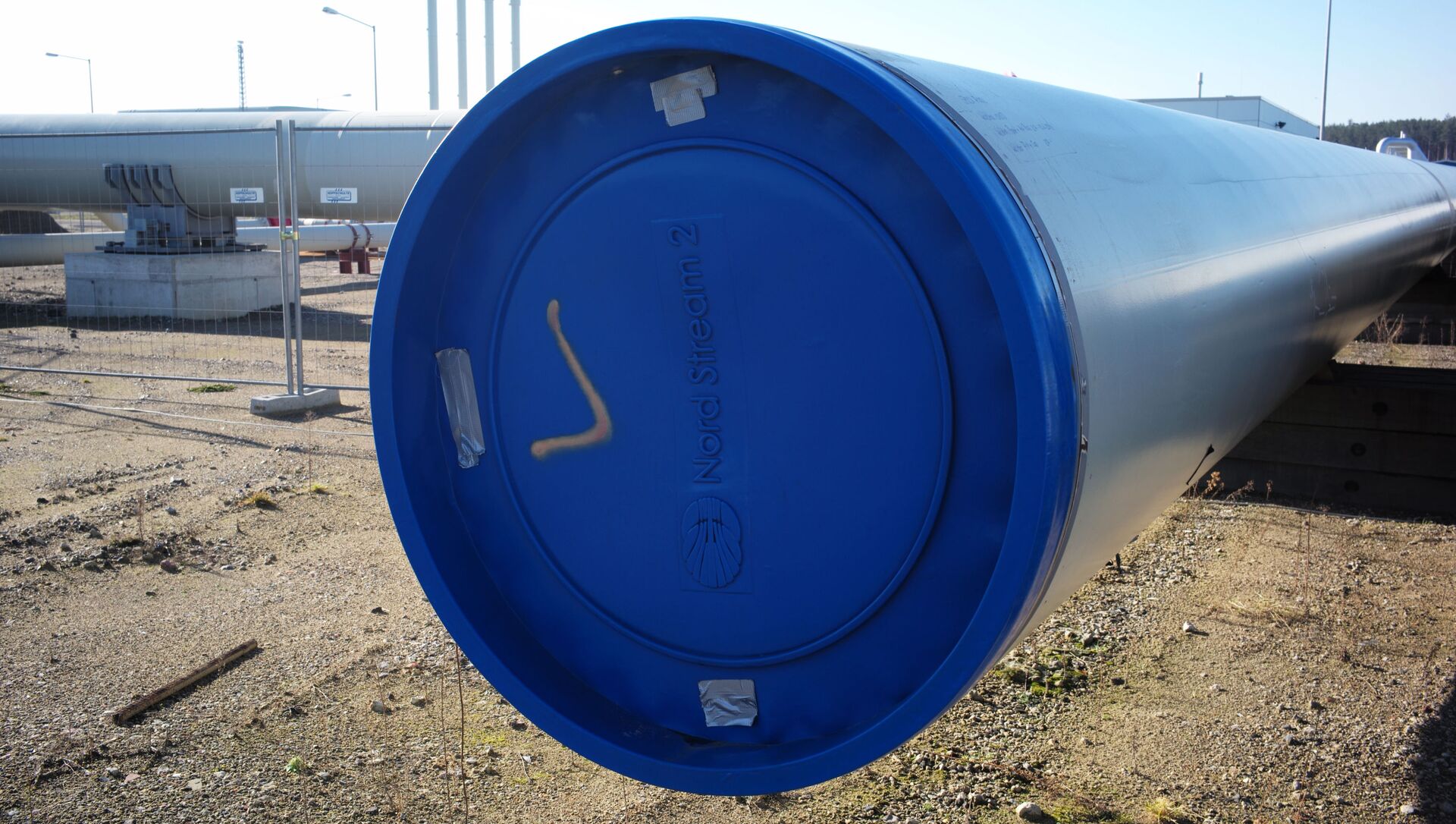 Ilya Tsukanov
All materialsWrite to the author
Construction of the Russian-Western European energy infrastructure mega-project has proceeded apace in spite of escalating tensions between Moscow, the US, and its NATO allies in recent months. Senior German officials have characterized the project as a crucial element to ensuring Berlin’s energy security for “generations” to come.

German Chancellor Angela Merkel has stepped out in defence of Nord Stream 2 and Russian gas supplies in general, indicating that Berlin continues to favour the project in spite of the position of some other European nations.

“I am aware of the controversies in connection to Nord Stream 2, I know the position of many PACE [Parliamentary Assembly of the Council of Europe] member countries,” Merkel said, speaking at a virtual spring session of the PACE on Tuesday.

“As the European Union, we came to a common position by modifying the gas directive to authorize this pipeline. I would like to point out that gas from Nord Stream 2, which is not yet flowing, is no worse than gas from Nord Stream 1, gas arriving via transit through Ukraine, or gas which comes from Russia through Turkey,” the chancellor said.

Merkel suggested that she had the “impression” that the conflict around Nord Stream 2 was much bigger than the pipeline itself, and instead part of a broader “political struggle” related to numerous disagreements between Russia and the EU.

“We may see here a conflict that is much broader and focused on the question of how much we want to support trade with Russia, particularly in the energy sector,” Merkel said. She emphasized that Berlin had secured Ukraine’s role as a transit nation for the delivery of Russian gas to Europe, thus guaranteeing the nation billions of dollars in much-needed transit revenues even after Nord Stream 2 is complete.

The chancellor’s comments came following a proposal by former president of the European Council Donald Tusk on Monday to “stop Nord Stream 2” to end “Russian aggression against Ukraine.” The United States, which has already slapped the project with two rounds of sanctions, has also recently threatened to impose new restrictions, while German opposition politicians have hounded Merkel on the issue in her home country.

If you really want to stop Russian aggression against Ukraine, you have to stop Nord Stream 2. As simple as that.

Nord Stream 2 has become a major issue of debate in the upcoming German federal election, which is set to take place in September. Challengers to Merkel’s grand coalition Christian Democratic Union-led government, including the Greens, have been calling on Berlin to take a ‘tough line on Russia’, and to scrap the Nord Stream 2 project entirely. The Greens’ coleader, Annalena Baerbock, was nominated as the party’s candidate for chancellor on Monday, one week after a separate environmental group calling itself ‘Environmental Action Germany’ filed a lawsuit in a Hamburg court challenging the validity of a federal permit allowing Nord Stream 2-related construction activities in German waters.

German Environmental Group Files Lawsuit Against Construction of Nord Stream 2 in Country’s Waters
Both Merkel and her predecessor, Gerhard Schroeder of the German Social Democrats, have seen Nord Stream 2 as an effective and environmentally friendly alternative to coal and nuclear power. Earlier this year, Schroeder, who now serves as chairman on the board of Nord Stream AG, emphasized that the new pipeline would serve German energy security for “generations” to come, and warned that Berlin must not allow itself to be bullied into changing its energy policy at Washington’s behest. Schroeder has accused the US of trying to torpedo Nord Stream 2 in favour of US fracking gas, which he said was “not environmentally friendly, expensive and of poorer quality than pipeline gas” from Russia.

Merkel’s cabinet officials have also warned against stopping Nord Stream 2, with Foreign Minister Heiko Maas recently calling it a “bridge” between Moscow and Europe, and warning that cancelling construction of the pipeline would bring Russia and China closer together.