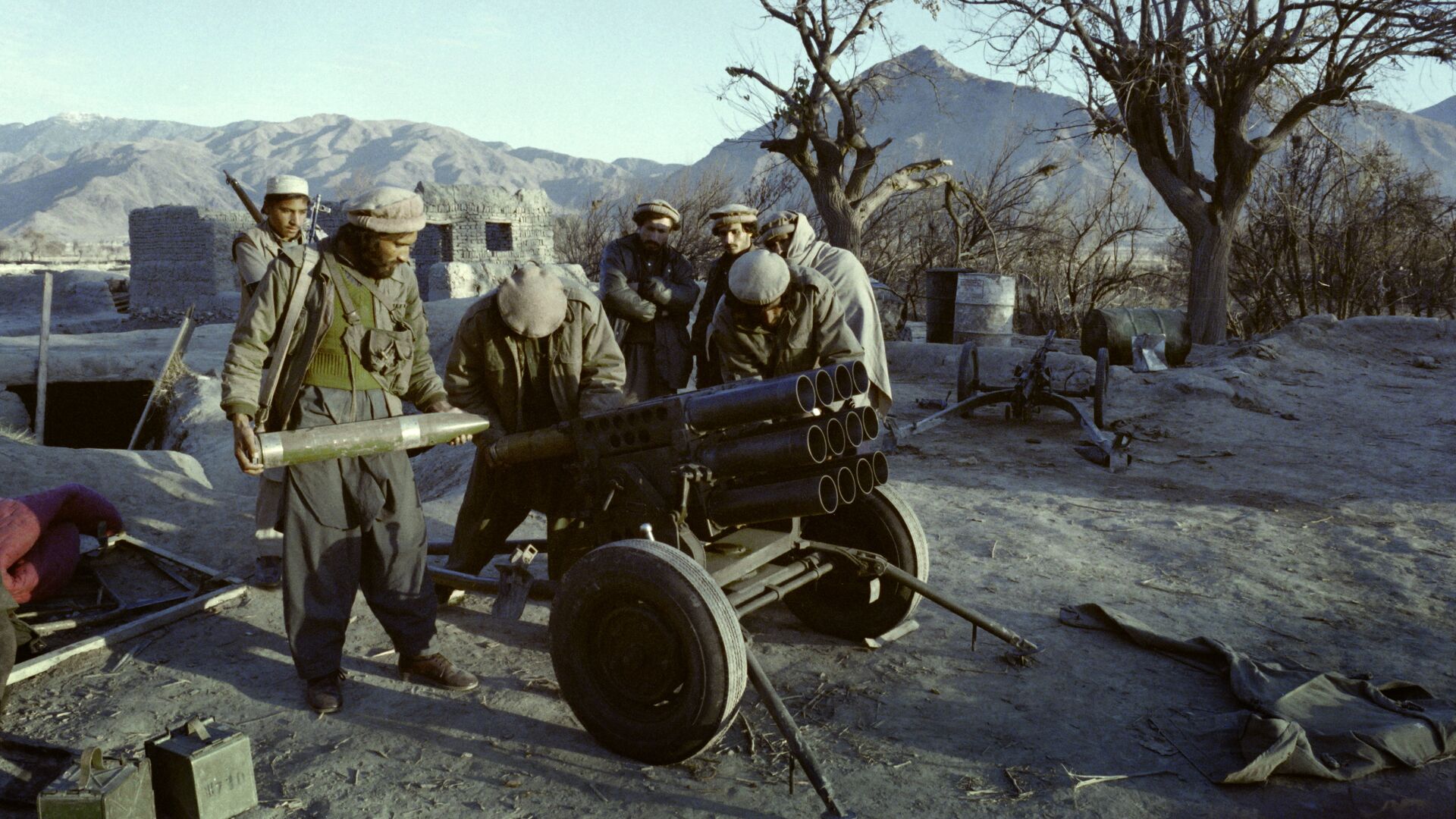 President Joe Biden has announced the US will begin withdrawing its 2,500 troops from Afghanistan on 1 May and hopes to be fully out by September 11, the 20th anniversary of the 9/11 attacks. NATO forces will also leave Afghanistan next month.

Announcing the withdrawal of US troops on Wednesday, 14 April, President Biden said: "We cannot continue the cycle of extending or expanding our military presence in Afghanistan hoping to create the ideal conditions for our withdrawal, expecting a different result."

That figure compares with the 15,051 Soviet personnel who were killed in Afghanistan between 1979 and 1989. 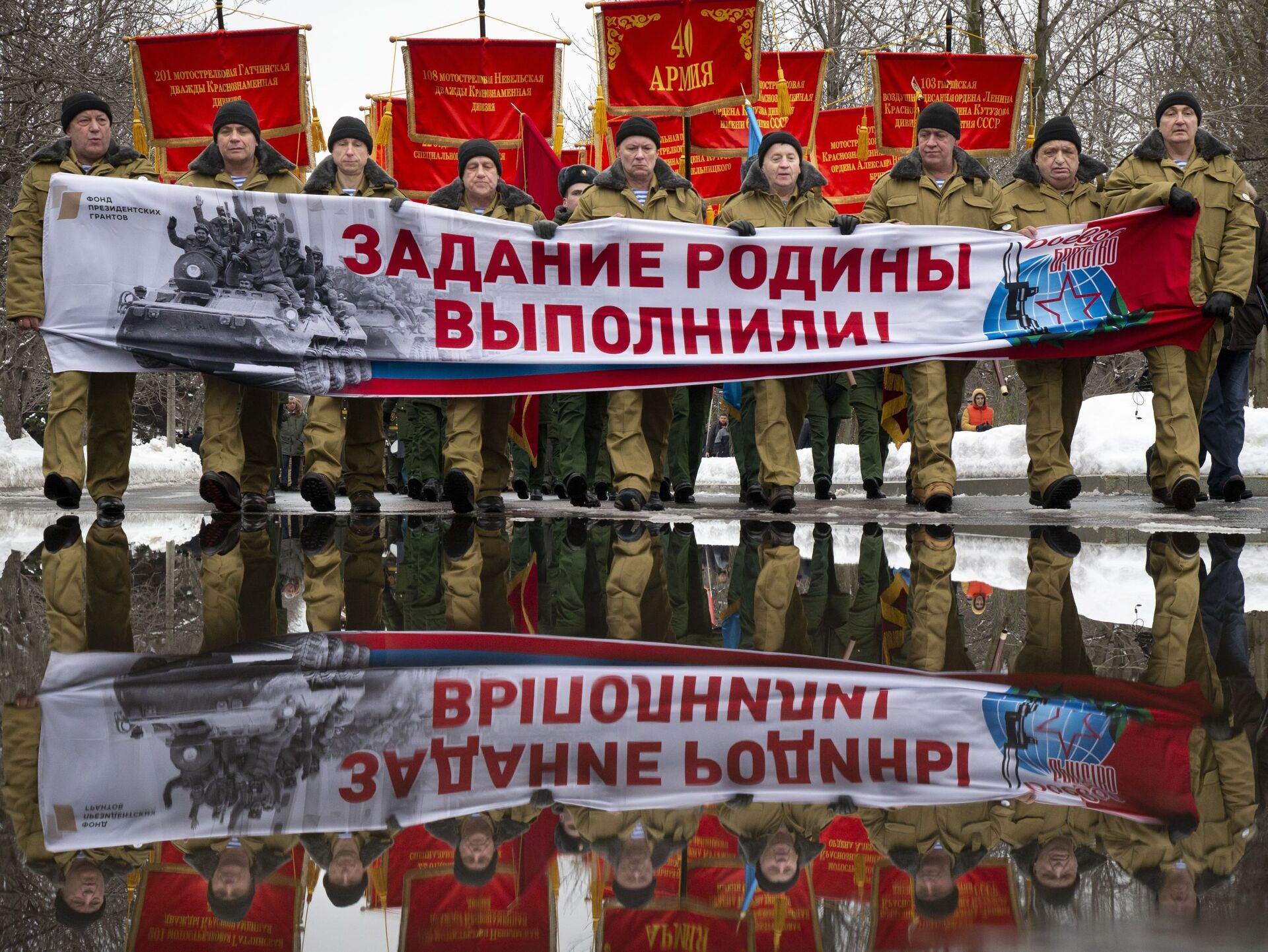 Veterans of the Red Army campaign in Afghanistan carry a banner saying: "We fulfilled the Motherland's request!" in 2019.
© AP Photo / Alexander Zemlianichenko

When the Soviet Army entered Afghanistan in December 1979 and installed Babrak Karmal as President and new leader of the communist Democratic Republic of Afghanistan the Cold War was at its height.

US Gets Into Bed With The Mujahideen

The move was automatically opposed by the US, which feared Afghanistan would be a domino which would be followed by Pakistan, allowing the Soviets a vital warm water port on the Indian Ocean.

Ignoring the growing rise of fundamentalist Islam - students in Iran had recently taken over the US Embassy and declared America was “the Great Satan” - the US supported the mujahideen on the basis of the proverb “my enemy’s enemy is my friend.”

In his book, Afgantsy: The Russians In Afghanistan, Rodric Braithwaite wrote that American assistance to the mujahedin was at first fairly modest.

Braithwaite, a former British ambassador to Moscow, wrote: "President Reagan had now taken over from Carter and his new CIA director, William Casey, a religious man, believed that Christianity and Islam could combine against the godless Soviets." 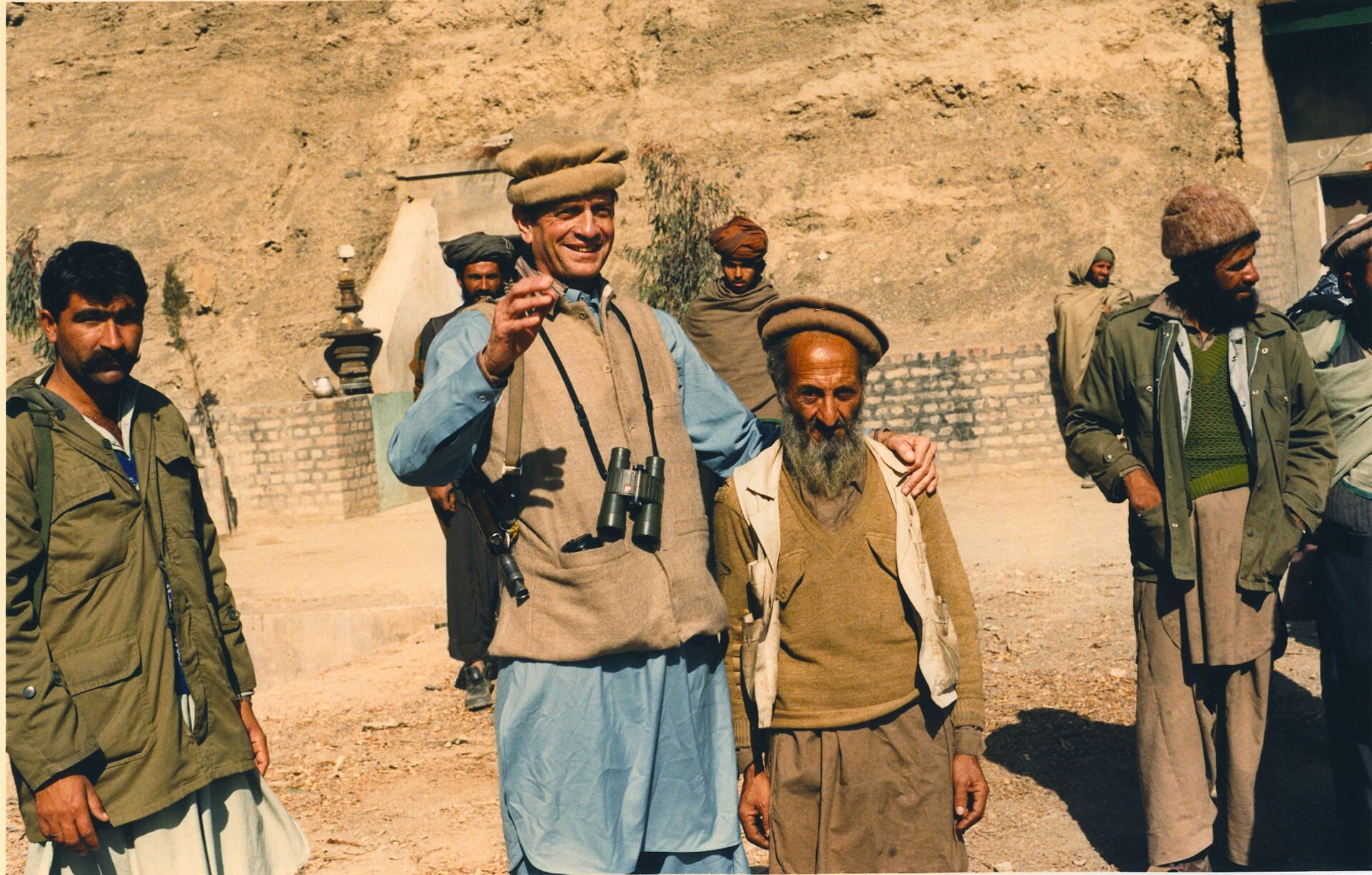 Congressman Charlie Wilson, who pushed the US Congress into backing the mujahideen
© Wikipedia / Melesse

Congressman Charlie Wilson mustered support for the mujahedin, saying: “There were 58,000 dead in Vietnam, and we ow the Russians one.”

The Democrat - who was played by Tom Hanks in the film Charlie Wilson’s War - encouraged Congress to cough up a total of US$9 billion over the next decade to buy weapons, including Stinger surface-to-air missiles which were capable of shooting down the Soviet helicopter gunships which dominated the air over Afghanistan.

The mujahideen, and foreign Islamist fighters like Osama bin Laden, accepted the weapons but many still despised the United States.

In his book Braithwaite wrote that the Americans were “blinded…to the nature of the forces they had helped unleash.”

When the Soviet Union withdrew its last troops from Afghanistan in February 1989 the US President George H.W. Bush said: "We support the Afghan efforts to fashion a stable, broadly-based government, responsive to the needs of the Afghan people."

But the US-backed mujahideen did not want a “broad-based government” which might include women, socialists or liberals. They wanted a regime based on the tenets of Islam.

In 1992 the Soviet-backed President Mohammad Najibullah lost power and four years later he was captured by the Taliban, who beat, tortured and castrated him before finally shooting him and hanging him from a lamppost at a key junction in the centre of Kabul.

The Taliban had appeared in the mid-1990s, a and would soon take over the country and set their sights on the West.

They were well-organised, corruption-free and brought stability to Afghanistan after four years of warring between different mujahedin factions. 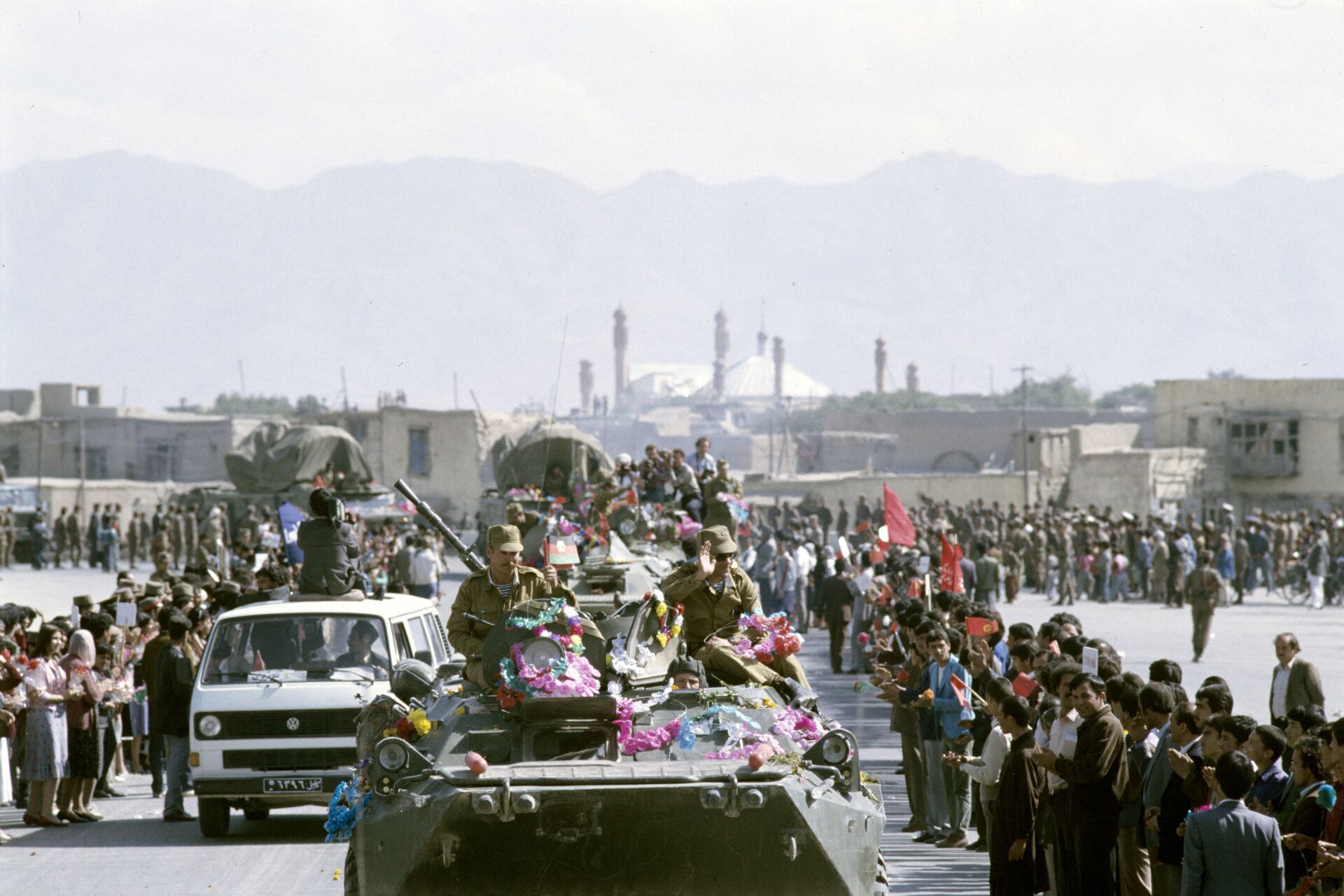 But the Taliban banned music and sport and ordered women - who had been encouraged to study and work by the Najibullah government - to stay at home, clad from head to foot in burkas.

In 2001 the US and its NATO allies invaded Afghanistan to oust the Taliban and their allies, al-Qaeda, who had been behind the 9/11 attacks.

In May 2003 the then US Secretary of State for Defence, Donald Rumsfeld, declared an end to “major combat” and the number of American troops was reduced to 8,000.

Later that year NATO took over operations in Afghanistan from the Pentagon. 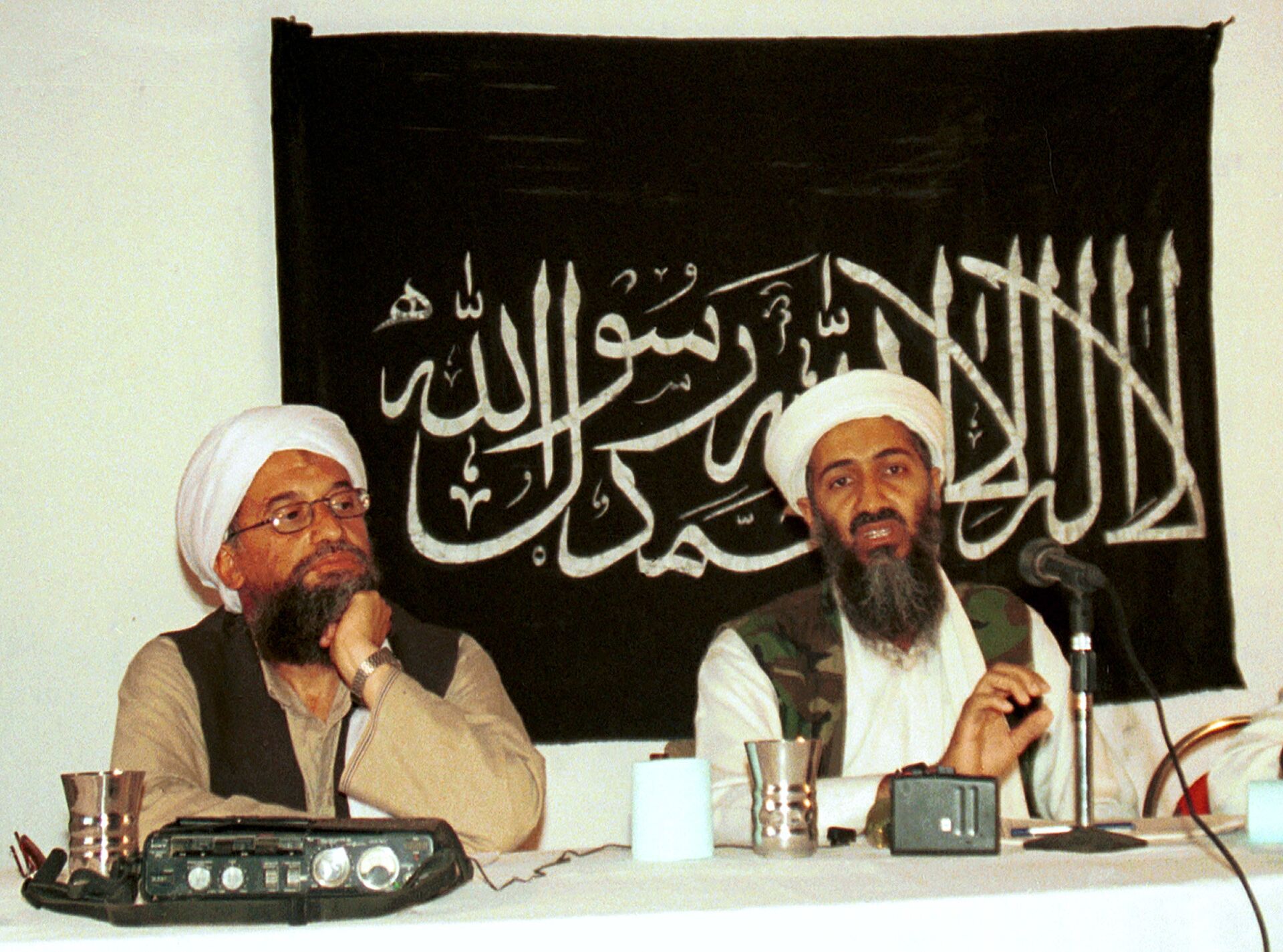 All this time Bin Laden remained al-Qaeda’s Scarlet Pimpernel, hiding out along the border between Afghanistan and Pakistan and popping up to taunt the Americans with video-taped speeches.

Obama Gets Sucked Into Afghanistan

In February 2009 the new US President Barack Obama recommitted to staying in Afghanistan and pledged 17,000 more troops.

Obama then ordered a “surge” and by the start of 2010 there are 98,000 US troops in Afghanistan. But the Taliban - like the Viet Cong four decades earlier - remain undefeated.

In May 2011 Bin Laden is located in Pakistan by the Americans who assassinate him without waiting for permission from the government in Islamabad.

Just left a classified briefing on Afghanistan. Bottom line - there is no evidence, classified or otherwise, that staying another year or two would increase the political or military leverage of the Afghan government.

​The following month Obama ordered the withdrawal of 33,000 troops from Afghanistan by 2012 and announces all combat troops would be withdrawn by 2014.

However, as May 2014 rolls around Obama delayed the withdrawal again, this time until 2016, as the administration claims Daesh - or Islamic State - may be spreading to Afghanistan from Syria/Iraq.

Operation Enduring Freedom - given its name by the Bush administration - was replaced by Obama’s Operation Freedom’s Sentinel, which sought to gradually back away from the conflict, leaving behind a pro-US proxy government who could keep the Taliban at bay.

Did US Learn Any Lessons From Vietnam?

The "new" strategy had echoes of another conflict - in 1973 the last US combat troops left Vietnam after President Richard Nixon signed the Paris Peace Accords with North Vietnam.

Nixon introduced a policy of “Vietnamisation” which essentially said the South Vietnamese would take on the burden of the war from the Americans.

In April 1975 the last units of the US-backed Army of the Republic of Vietnam (ARVN) melted away and the communist North Vietnamese took Saigon, renaming it Ho Chi Minh City.

The US military in Afghanistan had one weapon which the forces in Vietnam did not have - drones.

In 2015 it was reported Obama had ordered 500 drone strikes - many of them in Afghanistan - ten times more than his predecessor.

How does The Washington Post publish an op-ed about the war in Afghanistan by a *member of the Board of Directors of Raytheon* and not disclose this fact, especially since the op-ed contains multiple policies that would enrich Raytheon??? https://t.co/p51IsxWows

​When the 2016 US presidential campaign comes around both Donald Trump and Hillary Clinton are claiming they would pull out of Afghanistan.

In August 2017 Trump, by then President, changes his tune.

He said “his original instinct was to pull out” but he realised that would leave a “vacuum for terrorists.”

In January 2018 the Taliban began increasing their attacks on Afghan government forces and the following year they cancelled talks.

Sitting Down With The Taliban

The lessons of Vietnam and Afghanistan are different but at the end of the day the US is going to let the Afghans decide their future, even if that is a future under the Taliban, who claim to have changed and may even take part in elections. 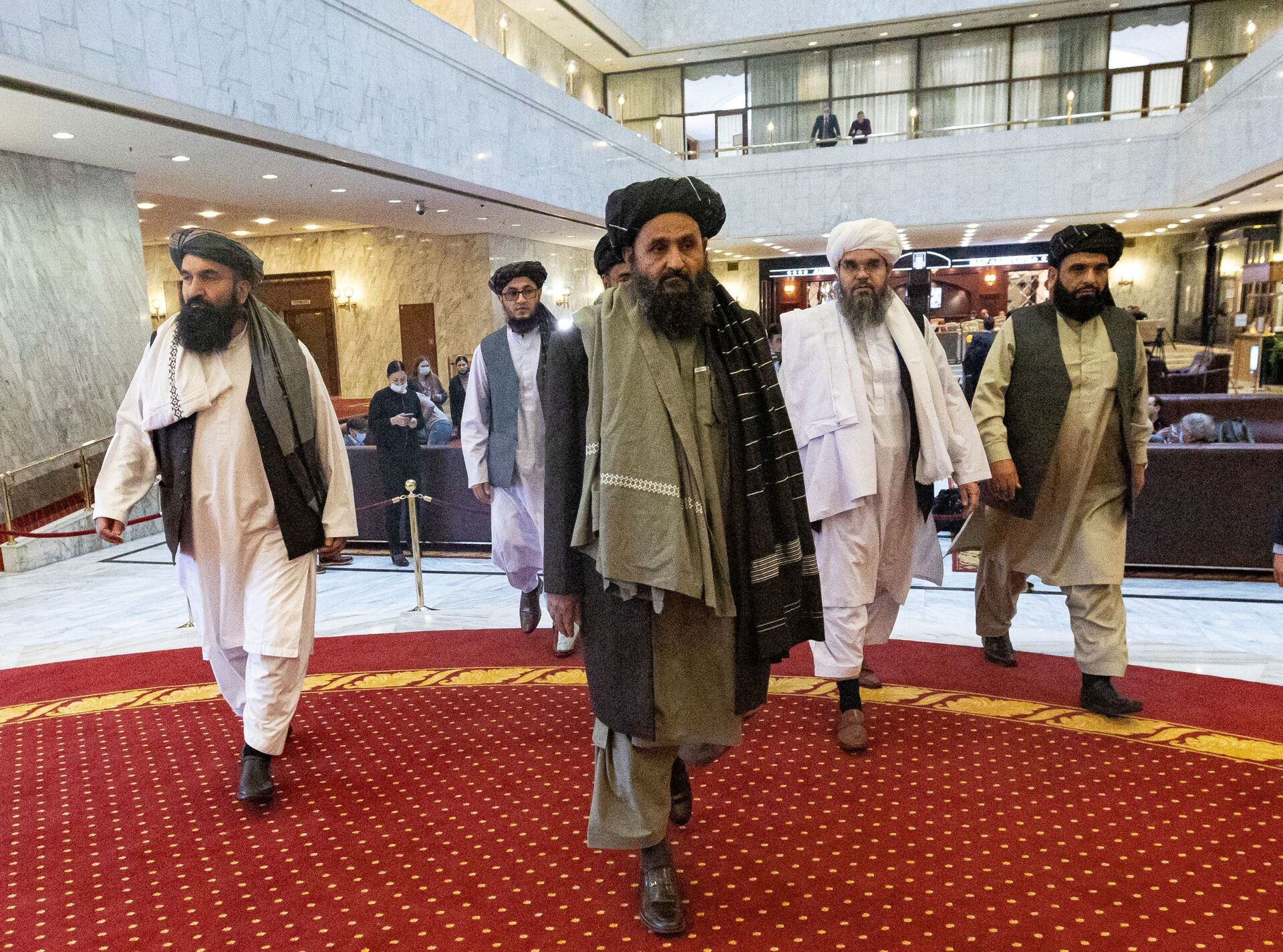 Last month Afghanistan’s President Ashraf Ghani - who was elected for a five-year term in 2019 - said: "Transfer of power through elections is a non-negotiable principle for us. We stand ready to discuss holding free, fair and inclusive elections under the auspices of international community. We can also talk about the date of the elections and reach a conclusion."

The US has now accepted the Taliban cannot be defeated militarily and says it has decided to pull out its remaining 2,500 troops.

But suspicions remain that special forces will remain and combat troops could return if the Taliban make significant advances in the winter.