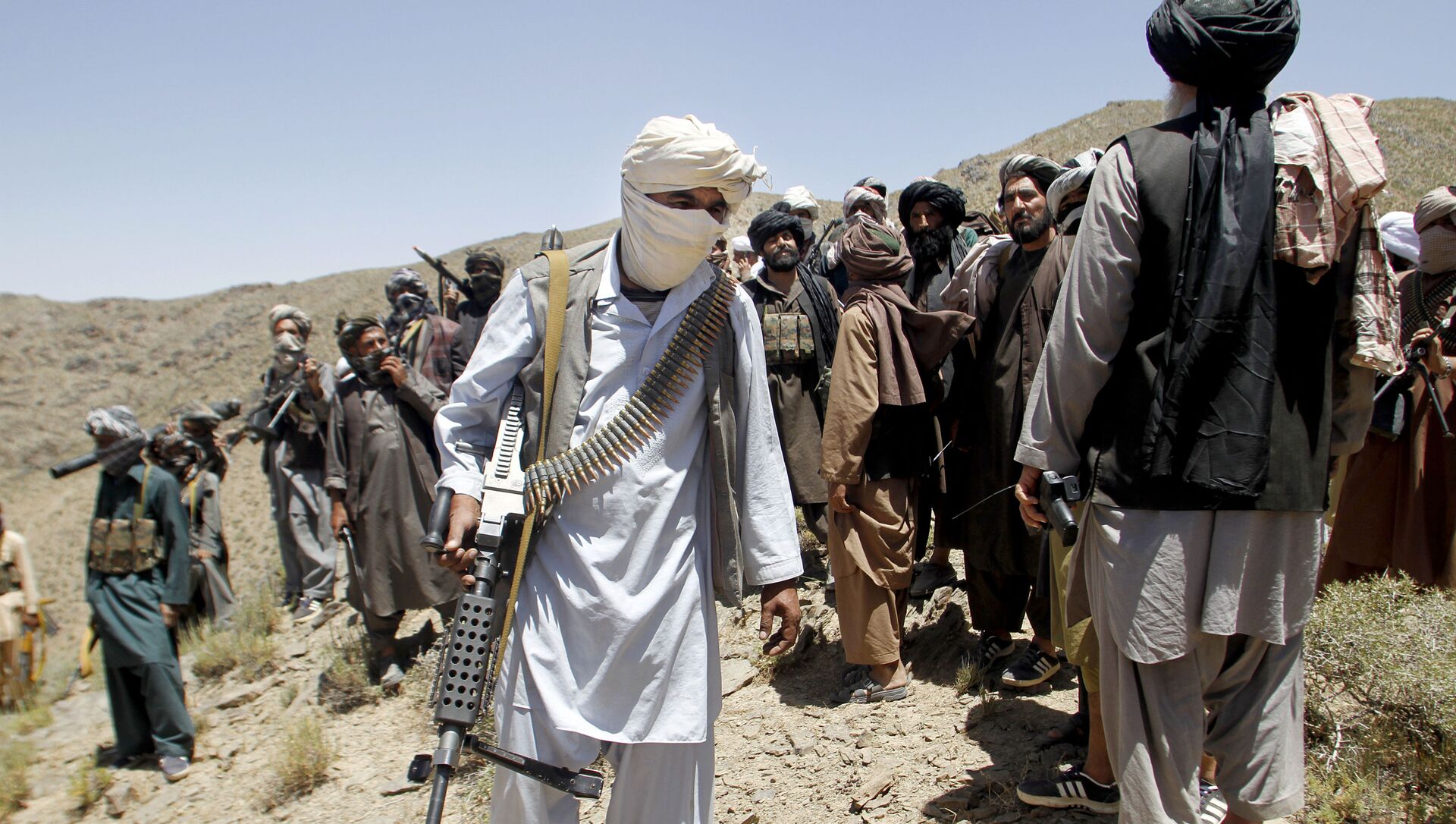 Ilya Tsukanov
All materialsWrite to the author
President Joe Biden announced plans to begin the "final withdrawal" of US forces from Afghanistan last week, with all troops expected to be pulled out of the war-torn country by the 20th anniversary of the 9/11 terror attacks, which served as the pretext for the 2001 US and NATO invasion of Afghanistan.

The United States has "grave doubts" about the Taliban's reliability amid the imminent start of the pullout of US forces from Afghanistan, United States Central Command (CENTCOM) Chief Gen. Kenneth 'Frank' McKenzie has said.

Speaking before the House Armed Services Committee on Tuesday, McKenzie told lawmakers that the US would be "positioning significant combat power to guard against the possibility that the Taliban decide to interfere in any way with our orderly redeployment" in the coming months.

"I have grave doubts about the Taliban's reliability, I've expressed those publicly going back for a long period of time, but we need to see what they're going to do here," he added.

The commander indicated that the Pentagon was "looking at" options for deploying forces "outside Afghanistan to deal with a possible Taliban surge," and that "if, say, we leave...if [the Taliban] want any form of international support, they're going to have to keep the agreements that we've made."

The commander noted that the US estimates there to be about two hundred Daesh (ISIS)* militants in Afghanistan, and said that he would be watching what the Taliban does, and not "what they say," to keep these numbers from growing.

Acting deputy assistant secretary of defence Amanda Dory, who joined McKenzie in Tuesday's testimony, suggested that the generation-long war in Afghanistan has been about "preventing terrorist groups from using the country to threaten the interests and security of the United States, our allies and partners," and that "after two decades...we have accomplished that mission."

"That there has not been another 9/11 is not an accident," McKenzie chimed in, saying that the war in Afghanistan probably prevented another major terror attack on US soil.

Biden Drops Afghan Mess to Target China, Russia
McKenzie went on to accuse Russia and China, two of the countries President Joe Biden asked to step up their roles in Afghanistan once the US leaves, of seeking to "continue to expand their efforts to improve their position in the region and diminish US standing wherever possible."

The commander said the US "still need[s] to do some things" in Afghanistan before the pullout, which he called a "very complicated and demanding military operation."

McKenzie added that if the US left Afghanistan and sought to go back in to deal with a specific potential threat, it would need "heavy intelligence support," and that such operations would become "harder" after withdrawal due to a loss of the "ecosystem that we have there now." The officer cited drones, missiles, manned aircraft and even possible ground raids as possible ways to eliminate threats.

Trump Condemns Biden's Delay in Ending Afghan War to 9/11
In a televised address last week, President Biden announced that the US would begin its final withdrawal from Afghanistan on 1 May, and complete the pullout by the upcoming 20th anniversary of the 9/11 terror attacks. The militant group, which signed a peace deal with the US under Biden's predecessor, Donald Trump, in February 2020, has demanded that the US stick to the original withdrawal date – 1 May 2020.

Following Biden's address, NATO indicated that all its forces would similarly be leaving Afghanistan in the coming months.

"If the agreement is breached and foreign forces fail to exit our country on the specified date, problems will certainly be compounded and those whom failed to comply with the agreement will be held liable," the Islamist militants have warned.

The US and NATO war in Afghanistan has claimed the lives of over 38,000 civilians, over 65,000 Afghan security forces personnel, 3,500+ coalition troops, 4,000 Western mercenaries, and between 67,000 and 72,000 Taliban fighters. The war has also displaced millions of people. The US is estimated to have spent over $2 trillion on the conflict over the past 19+ years.