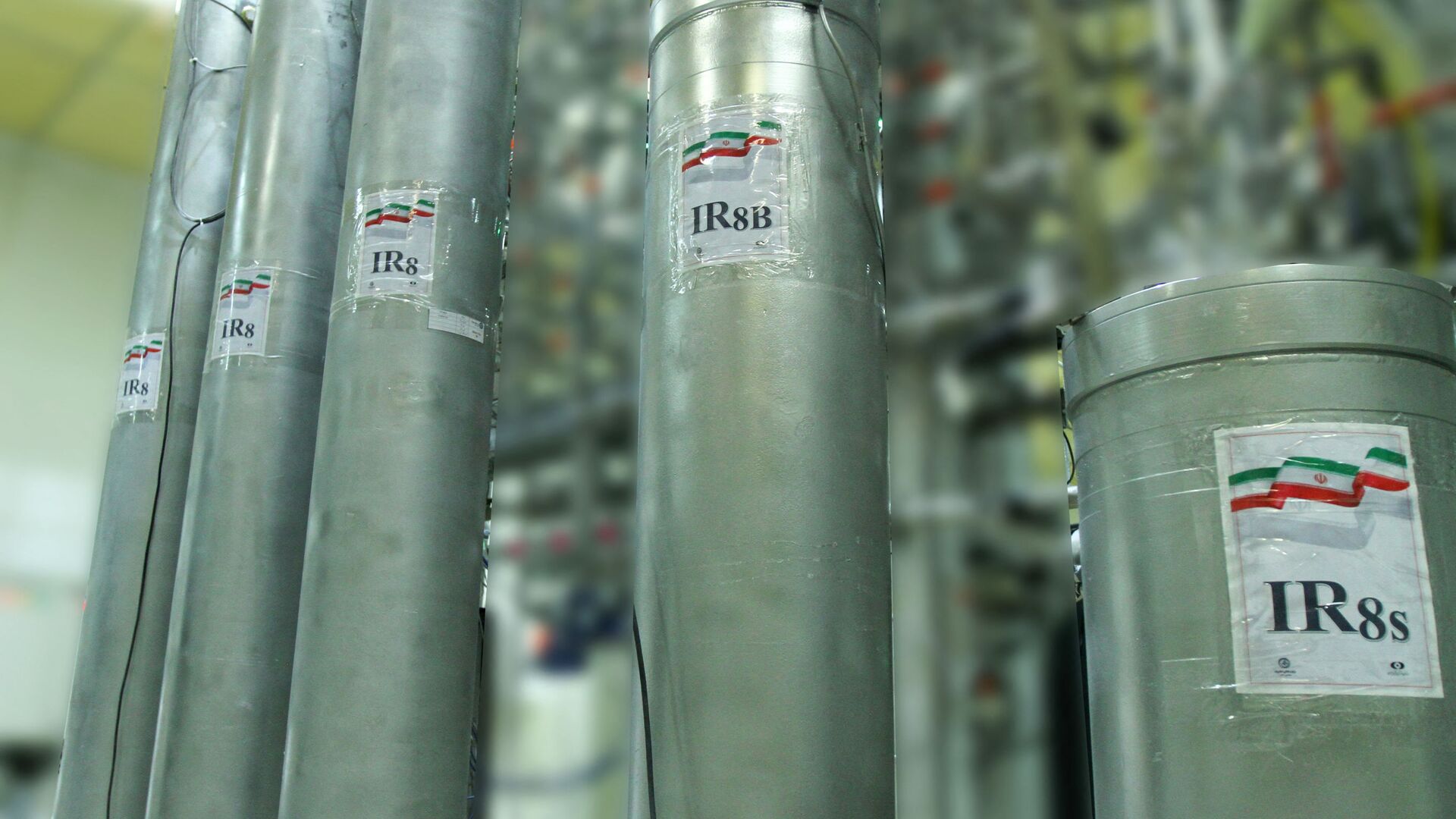 Tim Korso
All materials
Tehran also refused to directly confirm reported negotiations with Saudi Arabia aimed at mending diplomatic ties, which have been cut off since the execution of prominent Shia cleric Nimr al-Nimr in the kingdom and subsequent attacks on the Saudi Embassy in Tehran.

Iranian Foreign Ministry spokesman Saeed Khatibzadeh has shared information on the ongoing talks by the Joint Committee of the Joint Comprehensive Plan of Action (JCPOA, also known as the Iran nuclear deal) in Vienna, saying that the negotiations are currently dealing with the technical details of the US return to compliance and lifting sanctions against Tehran. He also noted that although some progress has been made, not all disputes have yet been resolved between the parties.

"We are at a difficult and complicated stage, but based on the Leader's stances, we seek to ensure the interests of the people and think that the talks are on the right track", Khatibzadeh said.

The spokesperson added that the negotiations in Vienna would go smoother if Washington abandoned "Trump's failed legacy" and just agreed to fulfill its commitments under the JCPOA.

Iran's Return to the Nuclear Deal

Commenting on Iran's own non-compliance with the nuclear accord, Khatibzadeh stressed the recent decision to ramp up uranium enrichment to 60% (compared to the 3.66% allowed under the JCPOA) was a direct result of a "terrorist act on Iranian soil", presumably referring to an explosion at the Natanz nuclear plant that downed the facility's power grid.

The Foreign Ministry's spokesman further assured that Tehran will start complying with the provisions of the nuclear deal once it receives verification of Washington's return to its own commitments under the accord.

On Previously Reported Talks With Riyadh

Khatibzadeh also commented on the earlier report by the Financial Times (FT) that Tehran is holding negotiations with Saudi Arabia in Baghdad. The spokesman said his country is ready for such talks, but stopped short of confirming "different quotes published in […] often contradictory reports".

"Iran has always welcomed talks with the Kingdom of Saudi Arabia and considered it in the interest of the people of the two countries and regional peace and stability, and this will continue", Khatibzadeh said.

According to FT, the two states discussed the restoration of bilateral ties and Yemen's Houthi rebels. Riyadh has repeatedly accused Tehran of supplying them with weapons, while Iran has accused the kingdom of creating a humanitarian disaster with the blockade of the civil war-torn country.

Tehran earlier made attempts to mend ties with Riyadh, which have been cut off since the 2015 decision by Saudi authorities to execute prominent Shia cleric Nimr al-Nimr over alleged meddling in the kingdom's domestic affairs. The move infuriated Iran and the Iranian Shia public, who attacked the Saudi Embassy in Tehran. Riyadh accused the Islamic Republic of failing to protect its embassy and cut ties with Iran in response.

Iran's last attempt to hold talks on restoring ties with Saudi Arabia was cut short by the actions of the Trump administration. The then-POTUS ordered the assassination of Iranian General Qasem Soleimani, who was killed in a US strike on 2 January 2020. Tehran later revealed that on the day of his death Soleimani had arrived at Baghdad on a secret diplomatic mission to deliver a message with an offer of talks to Riyadh via Iraqi authorities.