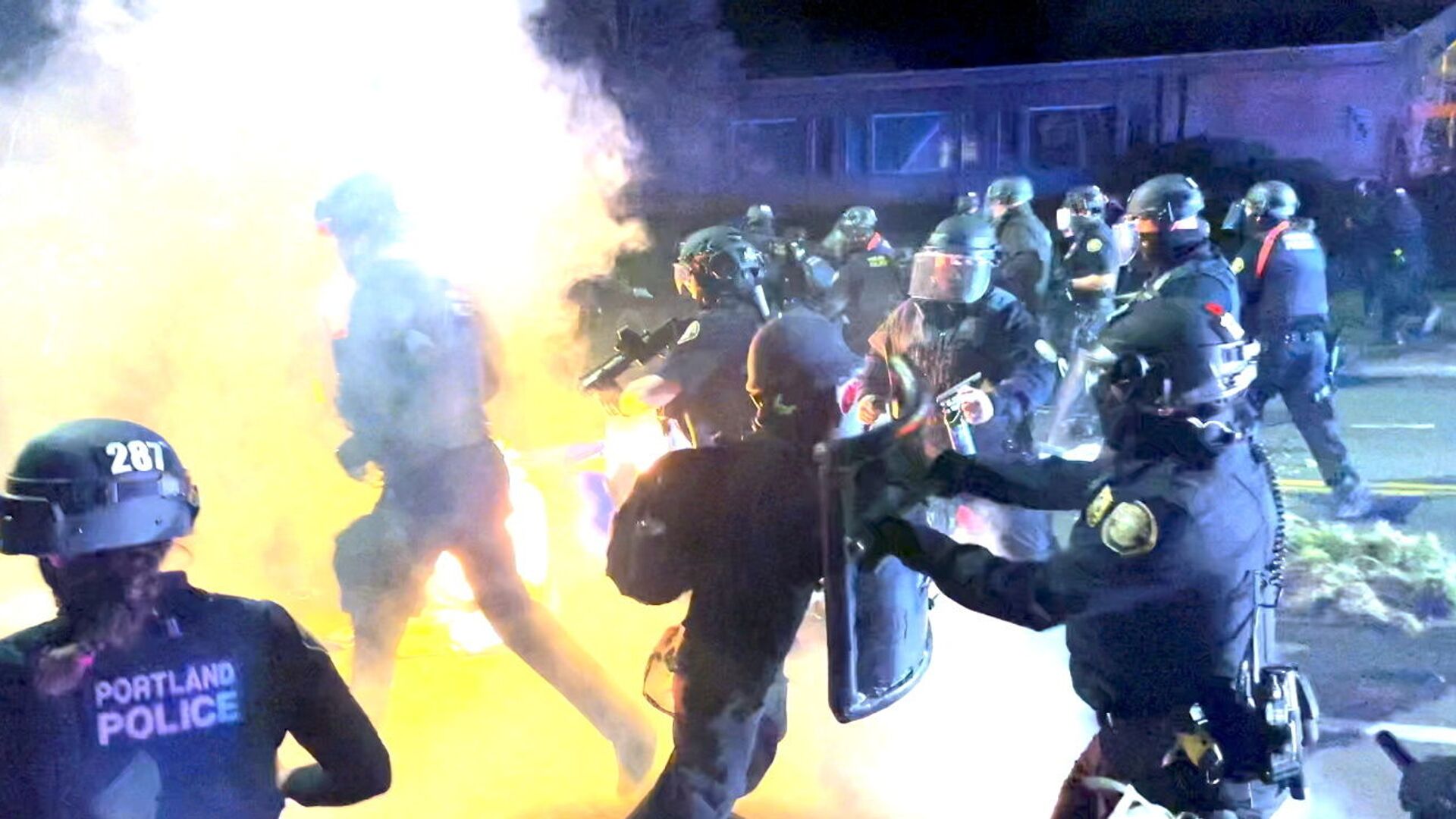 Oleg Burunov
All materialsWrite to the author
The 11 April killing of African American man Daunte Wright by a white police officer in Brooklyn Center, Minnesota, sparked nightly clashes between hundreds of protesters and police officers, forcing the authorities to deploy National Guard units and impose a curfew in Brooklyn Center and nearby cities.

GOP member Marjorie Taylor Greene has announced plans to introduce a resolution to expel Democratic Representative Maxine Waters from Congress "for her continual incitement of violence".

In a statement released by her office on Sunday, Taylor Greene accused Waters of inciting "Black Lives Matter domestic terrorists to fire gunshots at National Guardsmen in Minnesota" after the Democratic congresswoman told protesters in Brooklyn Center "to get more confrontational" with the authorities. 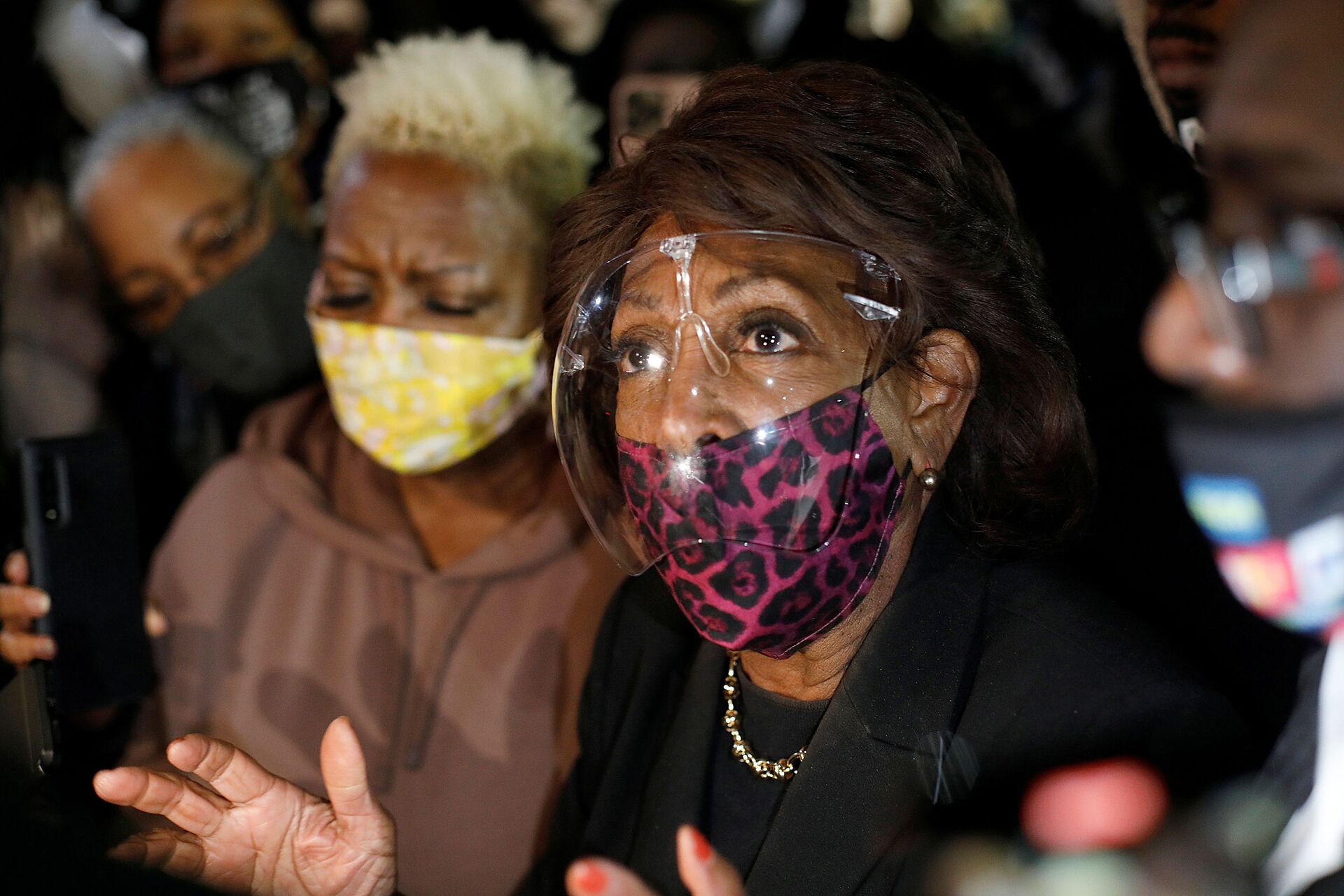 Waters made the remarks as she attended protests over the fatal police shooting of young Black man Daunte Wright on 11 April.

The 20-year-old's killing came as former Minneapolis police officer Derek Chauvin is on trial for murder in the death of African American man George Floyd in 2020. Floyd died after Chauvin knelt on his neck for close to nine minutes during an arrest.

The statement echoed that of Texas Republican Senator Ted Cruz, who accused Waters of "inciting riots and violence" after she told protesters in Minnesota to ignore curfews. 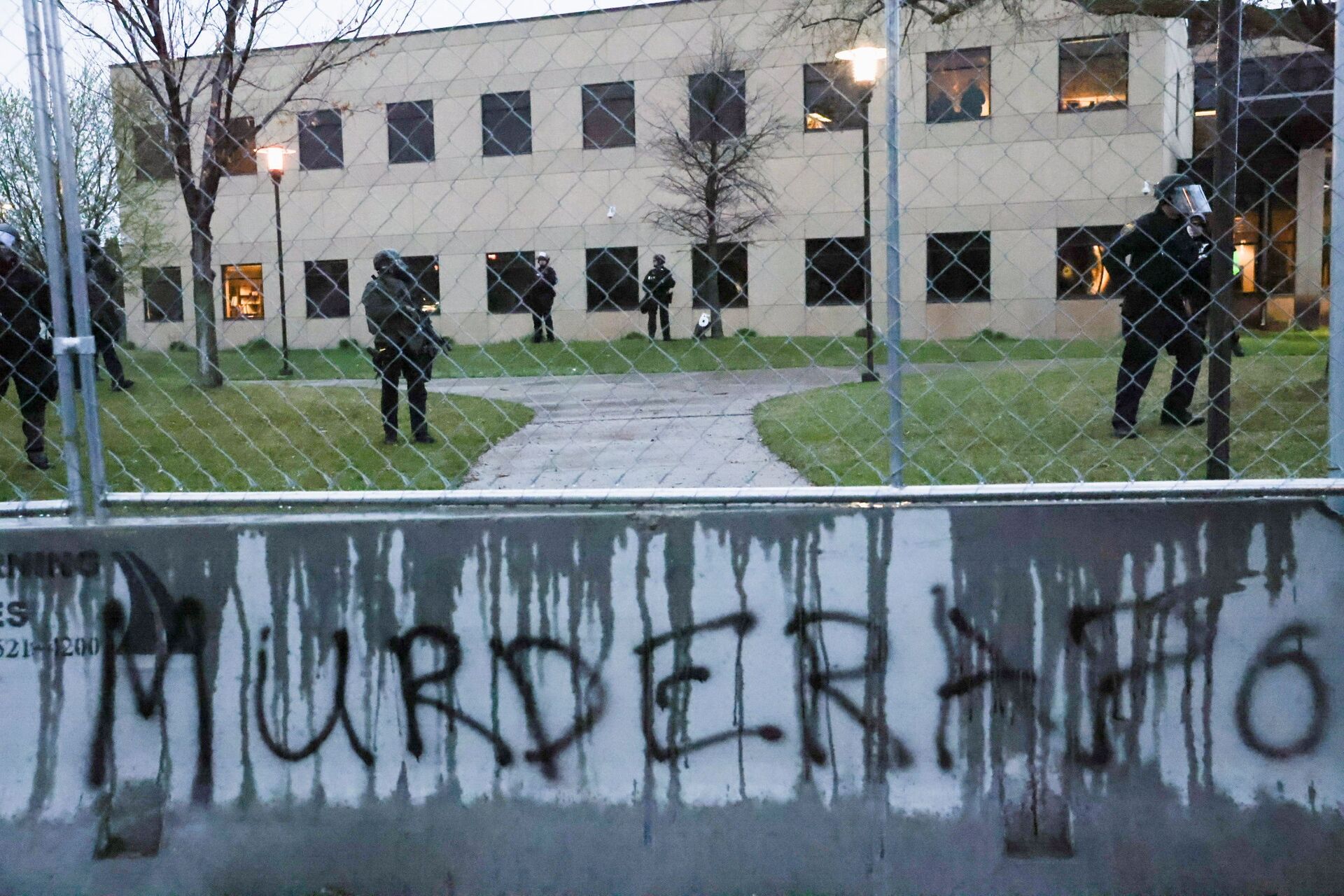 The Brooklyn Center Police Department is seen during a rally, as it is guarded by members of the police and National Guard, a day after Daunte Wright was shot and killed by a police officer, in Brooklyn Center, Minnesota, U.S. April 12, 2021.
© REUTERS / Leah Millis

Biden Says No Justification for Looting, Violence After Police Killing in Minnesota
Tim Gannon, who served as the department chief before resigning last week, told reporters that the 11 April incident was an "accidental discharge", claiming that the officer had intended to strike Wright with her department-issued stun gun rather than firearm.

If convicted, Potter, a 26-year-veteran of the BCPD, could face up to ten years in prison.

The killing of Wright resulted in mass riots and looting in Brooklyn Center, where scores of protesters clashed with police, prodding the authorities to deploy National Guard patrols and introduce a curfew in the city and beyond.