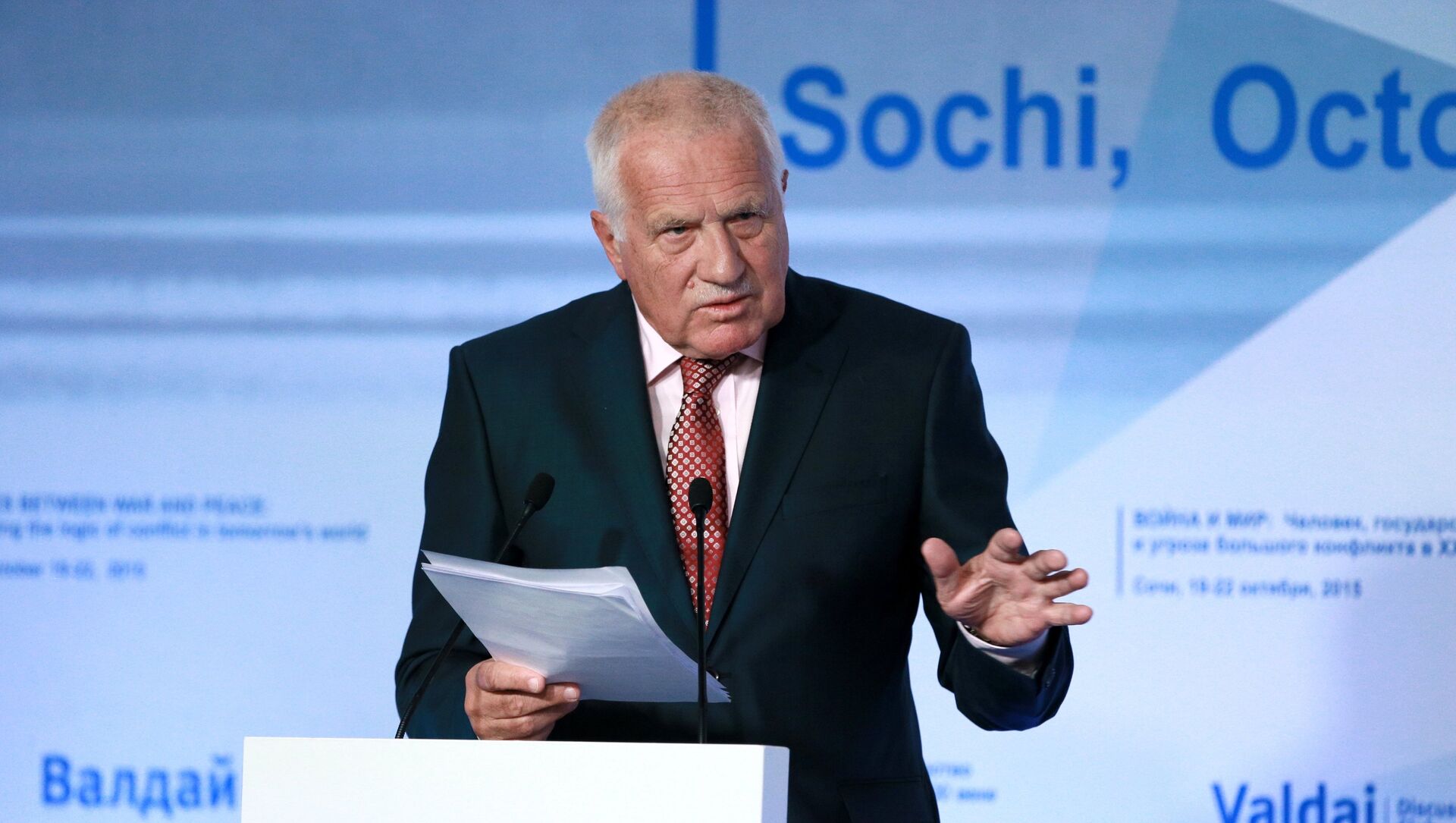 MOSCOW (Sputnik) - Former Czech President Vaclav Klaus doubts that Russia had anything to do with the 2014 ammunition depot blasts in the town of Vrbetice.

On Saturday, Prague declared 18 Russian diplomats personae non gratae after voicing suspicion that Russian military intelligence officers were involved in the explosion at an ammunition depot in Vrbetice in 2014, which killed two people. Moscow has dismissed the claims as groundless and absurd, ordering 20 Czech diplomats out.

"Our government and the affiliated pseudo-opposition are realising that they cannot scare people about the coronavirus indefinitely, and therefore they were desperately looking for another constructed scarecrow to keep people in fear. They know very well that frightened people are easier to manage," Klaus said in a statement, as quoted by the Novinky.cz news website.

The politician, who led the country from 2003-2013, expressed belief that if Donald Trump were US president today, "no belated story" about the Vrbetice explosions would have emerged now.

Prague's move came just days after the United States announced it would expel 10 Russian diplomats and sanction dozens of Russian nationals and companies for alleged interference in the 2020 presidential election and the purported hacking of US software supply chain networks — claims firmly denied by Moscow.