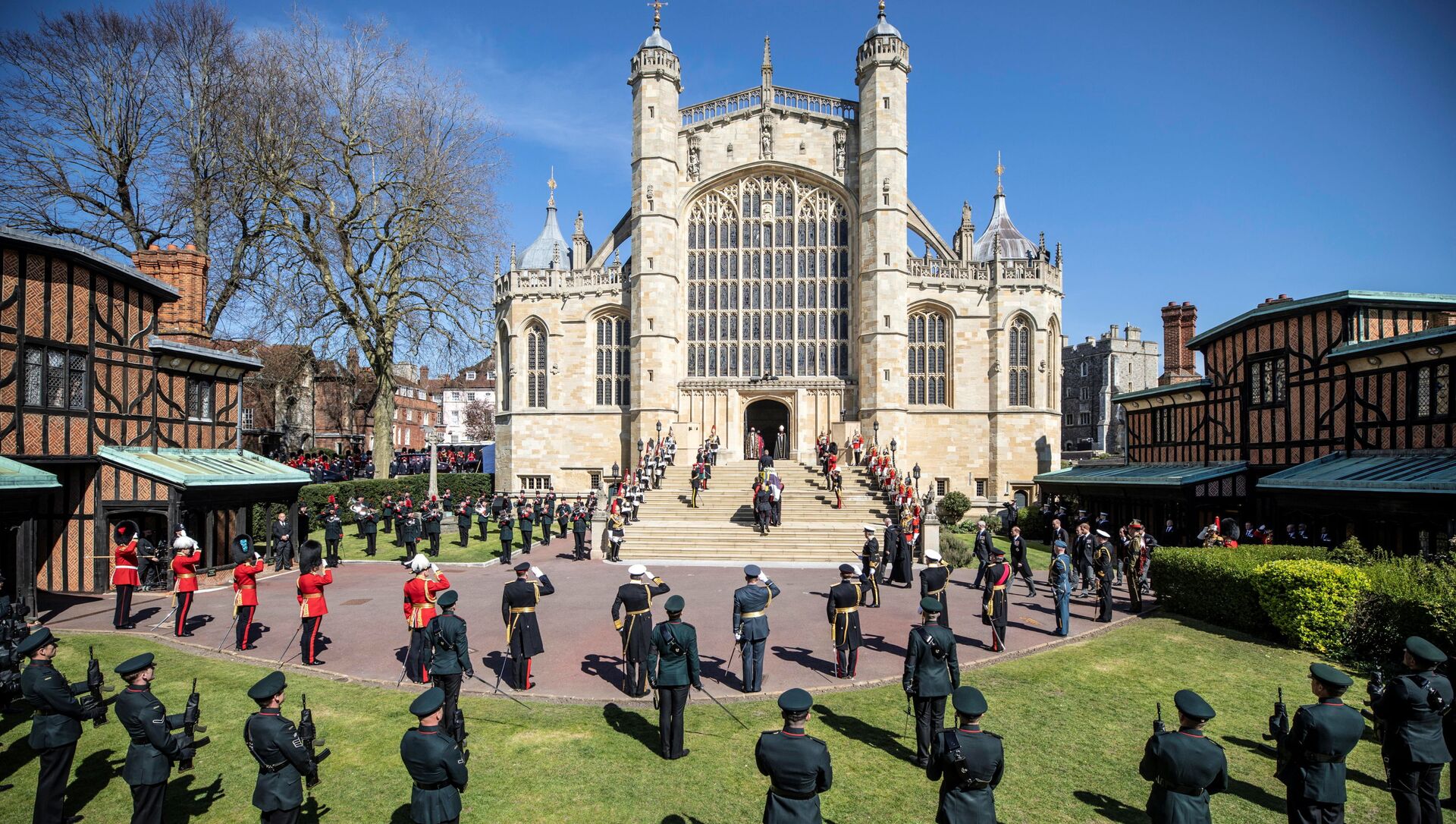 LONDON (Sputnik) - The UK bid its final goodbye to Queen Elizabeth II's husband, Prince Philip, with a national one-minute’s silence marking the beginning of his funeral at Windsor Castle, in a ceremony that was restricted to only 30 members of the royal family to comply with the COVID-19 guidelines.

The Duke of Edinburgh, the longest-serving consort of any British monarch, died on 9 April at the age of 99 at Windsor Castle, where his body had been resting in a private chapel until he was laid to rest in the royal vault at St George’s Chapel.

His body will remain in the vault until the Queen dies: when that happens, the late Duke will reportedly be transported to the King George VI Memorial Chapel, where they will be buried together.

​Following his death, the UK entered eight days of national mourning, but the public was asked not to gather at Windsor, some 50 kilometres west of London, or at any other royal residence because of the pandemic, as the whole service was broadcast on national television.

UK Prime Minister Boris Johnson joined the mourning nation, paying his respects to the late Duke with a minute of silence.

​More than 700 servicemen and servicewomen from the Army, Navy, Air Force, and Marines were deployed at Windsor Castle and performed ceremonial roles in tribute to the prince’s military service. 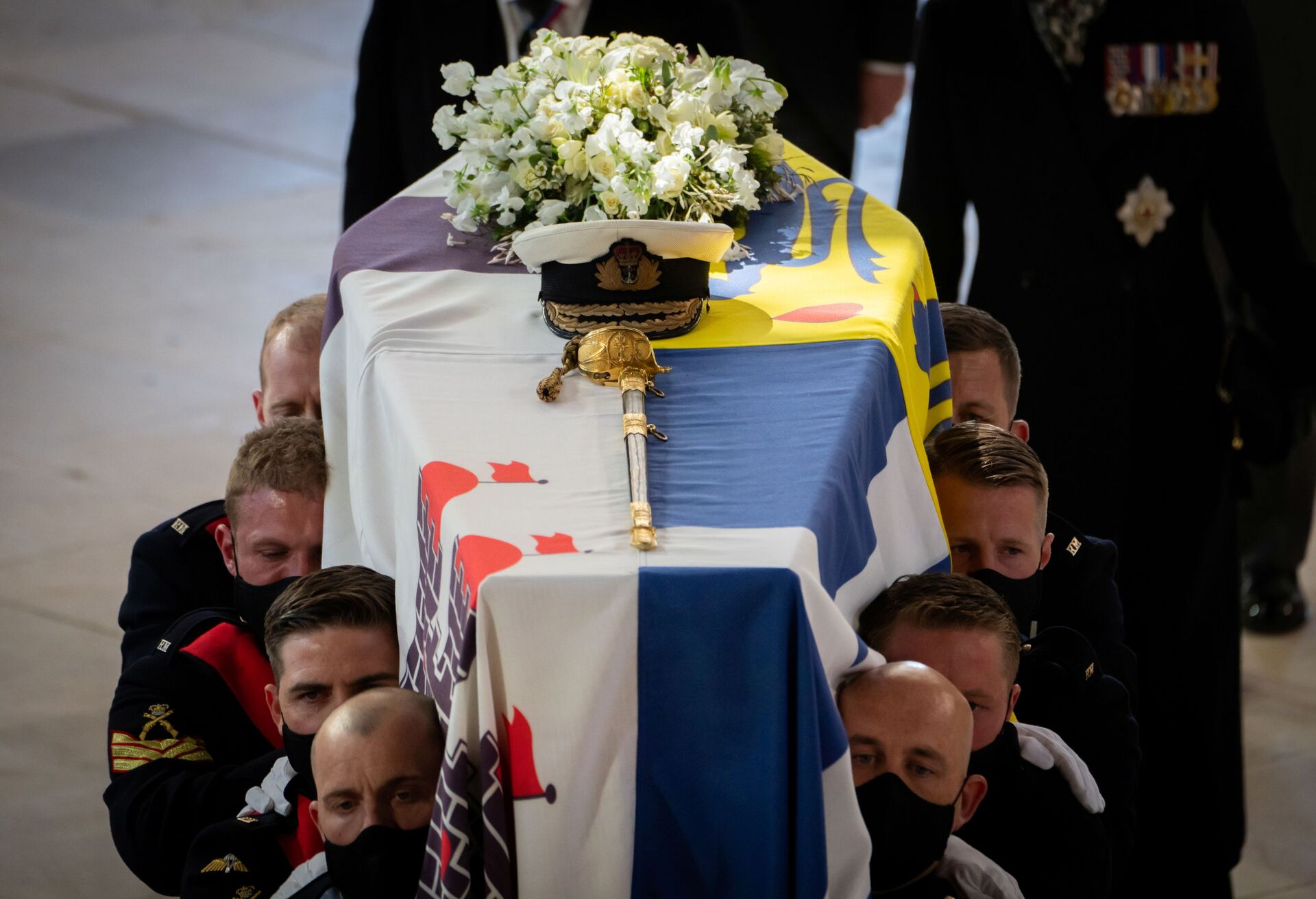 His coffin was loaded onto a specially adapted Land Rover, designed by Prince Philip himself, to make the eight-minute trip from the castle to St George’s Chapel, escorted by his four children - Prince Charles, Princess Anne, Prince Andrew, and Prince Edward - and grandsons William and Harry, who walked separated by their cousin Peter Phillips. 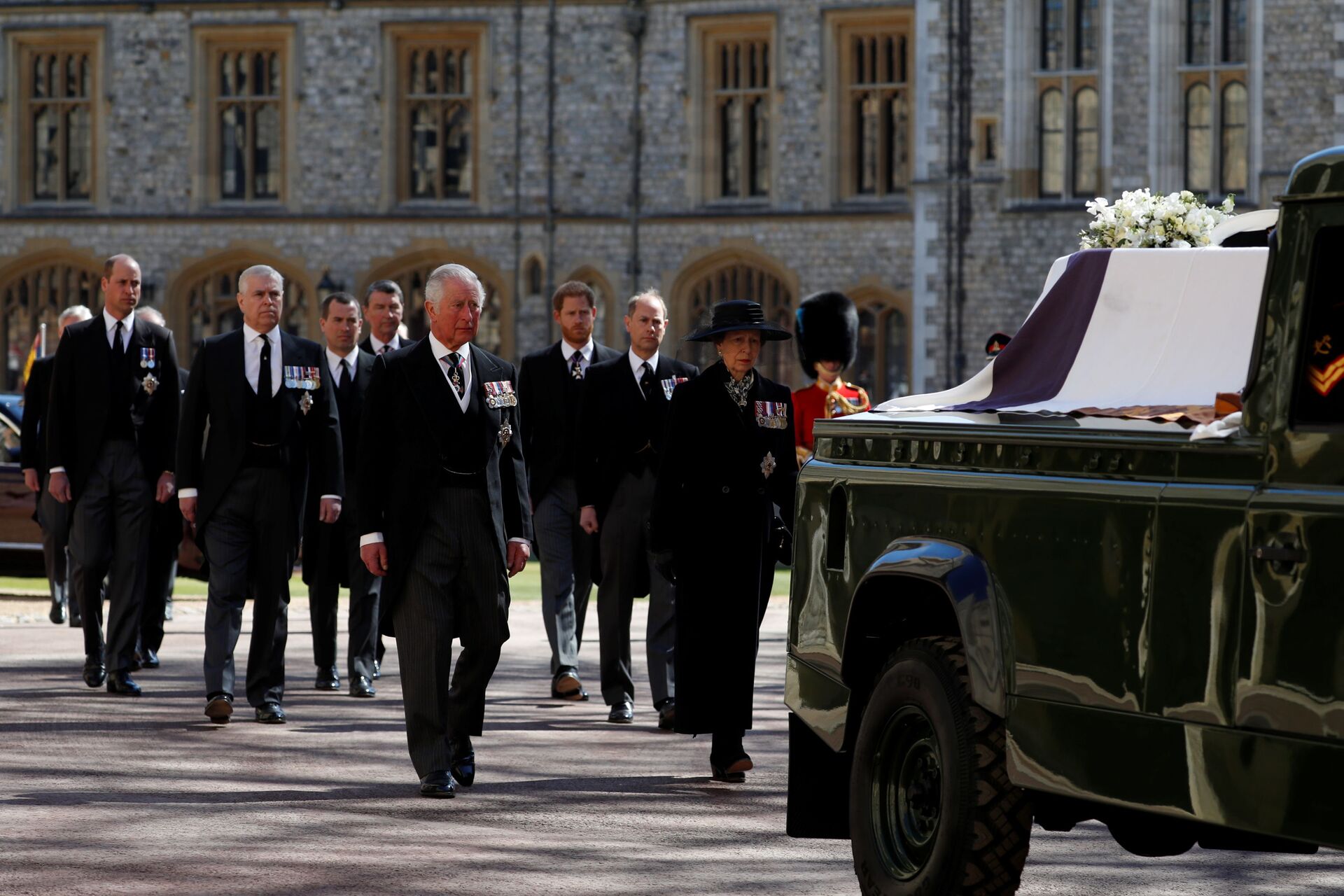 Britain's Prince Charles, Britain's Princess Anne and members of the Royal Family walk behind the hearse on the grounds of Windsor Castle during the funeral of Britain's Prince Philip, husband of Queen Elizabeth, who died at the age of 99, in Windsor, Britain, April 17, 2021.
© REUTERS / POOL

The 94-year-old queen rode in a Bentley car behind the procession. 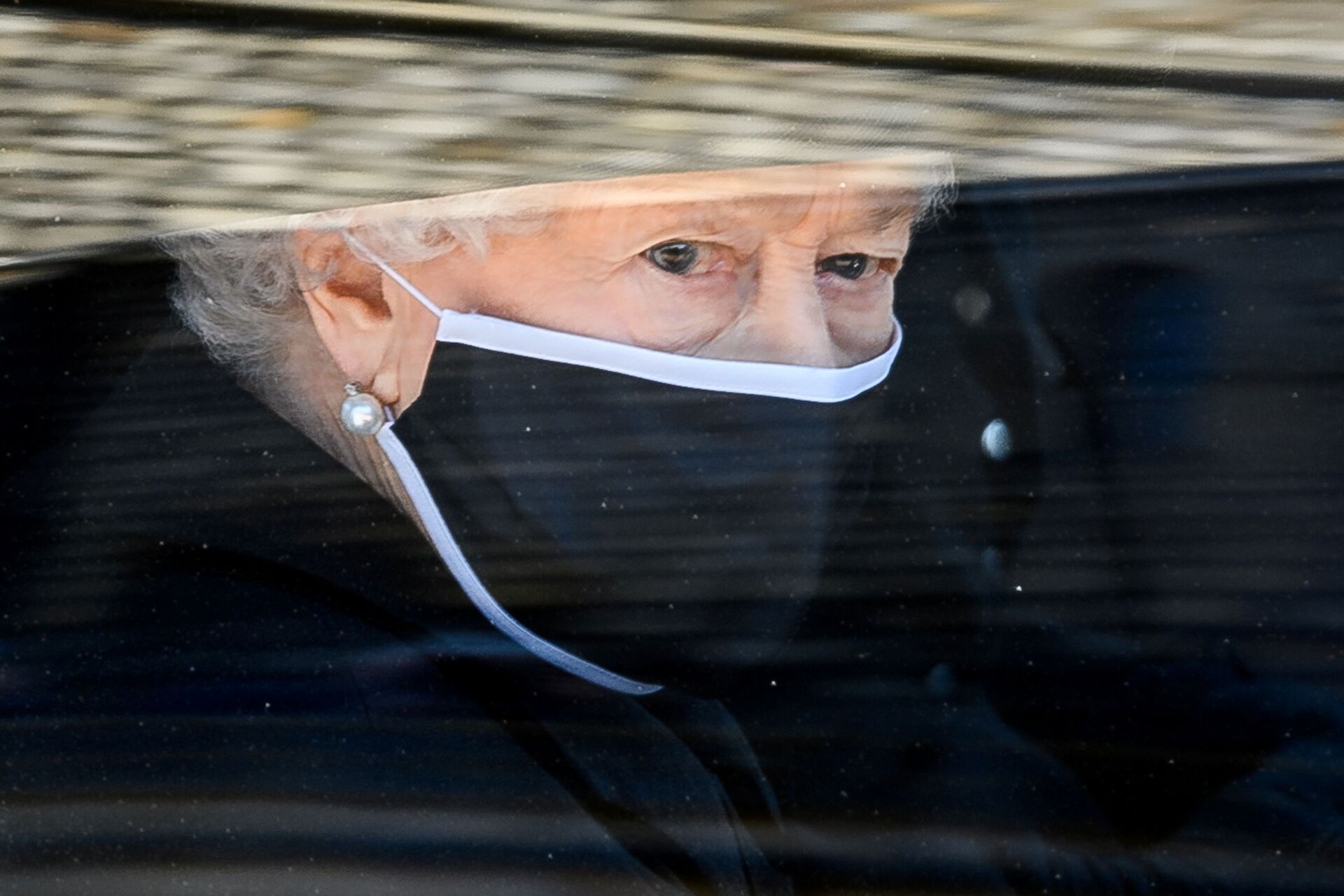 Britain's Queen Elizabeth II arrives for the funeral of Britain's Prince Philip, who died at the age of 99, at St George's Chapel, in Windsor, Britain, April 17, 2021.
© REUTERS / POOL

Inside the chapel, where the funeral service was conducted by the Dean of Windsor, Reverend David Conner, and the archbishop of Canterbury and leader of the Church of England, Justin Welby, Elizabeth II sat apart from the rest of the family to comply with the COVID-19 social distancing measures.

Ahead of Saturday’s funeral, sports such as the football Premier League also paid tribute to Prince Philip by observing two minutes’ silence before starting matches or by moving the events to avoid a clash with the time of the funeral.