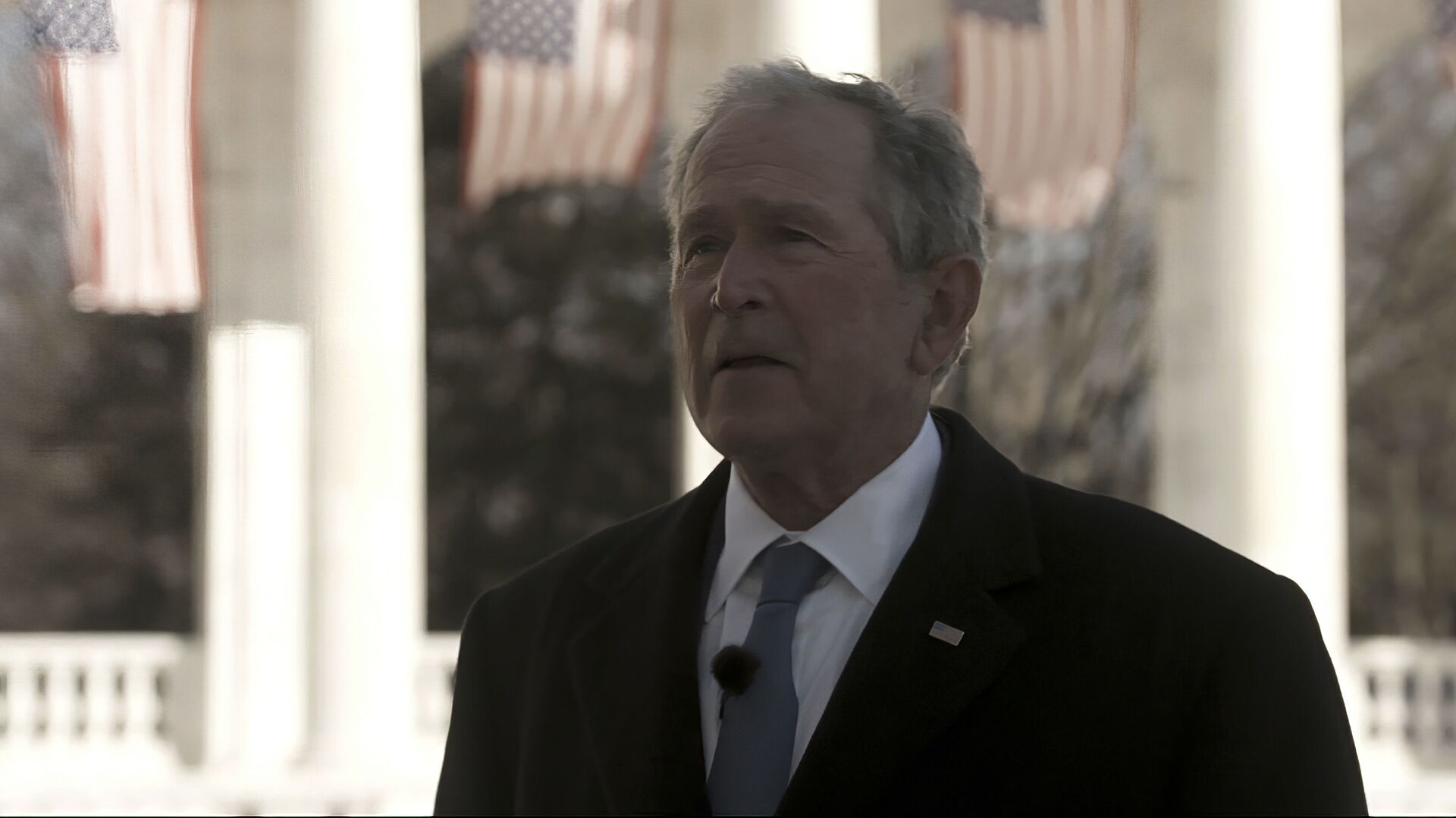 Kirill Kurevlev
Correspondent
All materialsWrite to the author
In mid-March remarks on domestic policy, Bush already expressed his opinion that the US should find a way to legalize those illegal migrants who "have played by the rules." The ex-president claimed amid the current migrant influx that trying to return all of them back home would be a "political pipe dream."

Former President George W. Bush called for a "gradual" path to legal status and potentially citizenship for millions of illegal immigrants on Friday in his op-ed for The Washington Post, while also arguing that "amnesty" would be "fundamentally unfair."

In his opinion article, Bush previewed his own new book that he said would contain "principles for reform that can restore the people’s confidence in an immigration system that serves both our values and our interests," while his 2007 presidential bid for immigration reform was met with fierce opposition from his own party.

"The help and respect historically accorded to new arrivals is one reason so many people still aspire and wait to become Americans. So how is it that in a country more generous to new arrivals than any other, immigration policy is the source of so much rancor and ill will?" he wondered.

Bush lays out a series of options, starting with granting permanent legal status to undocumented immigrants who entered the country as children and were covered under Obama's Deferred Action for Childhood Arrivals (DACA) policy.

"One place to start is DACA. Americans who favor a path to citizenship for those brought here as children, known as "dreamers," are not advocating open borders," Bush wrote. "They just recognize that young men and women who grew up in the United States, and who never knew any other place as home, are fundamentally American. And they ought not be punished for choices made by their parents."

Bush Believes 'There Should Be Path to Citizenship' for Illegal Immigrants
In terms of border protection, he alluded to the current situation on the southern border without actually speaking about it directly. "We need a secure and efficient border, and we should apply all the necessary resources — manpower, physical barriers, advanced technology, streamlined and efficient ports of entry, and a robust legal immigration system," he said.

"A grant of amnesty would be fundamentally unfair to those who came legally or are still waiting their turn to become citizens," Bush wrote about illegal immigrants already residing in the country.

He went on to note that anyone in the country illegally should be "brought out of the shadows through a gradual process in which legal residency and citizenship must be earned, as for anyone else applying for the privilege."

"Requirements should include proof of work history, payment of a fine and back taxes, English proficiency and knowledge of US history and civics, and a clean background check," he added. 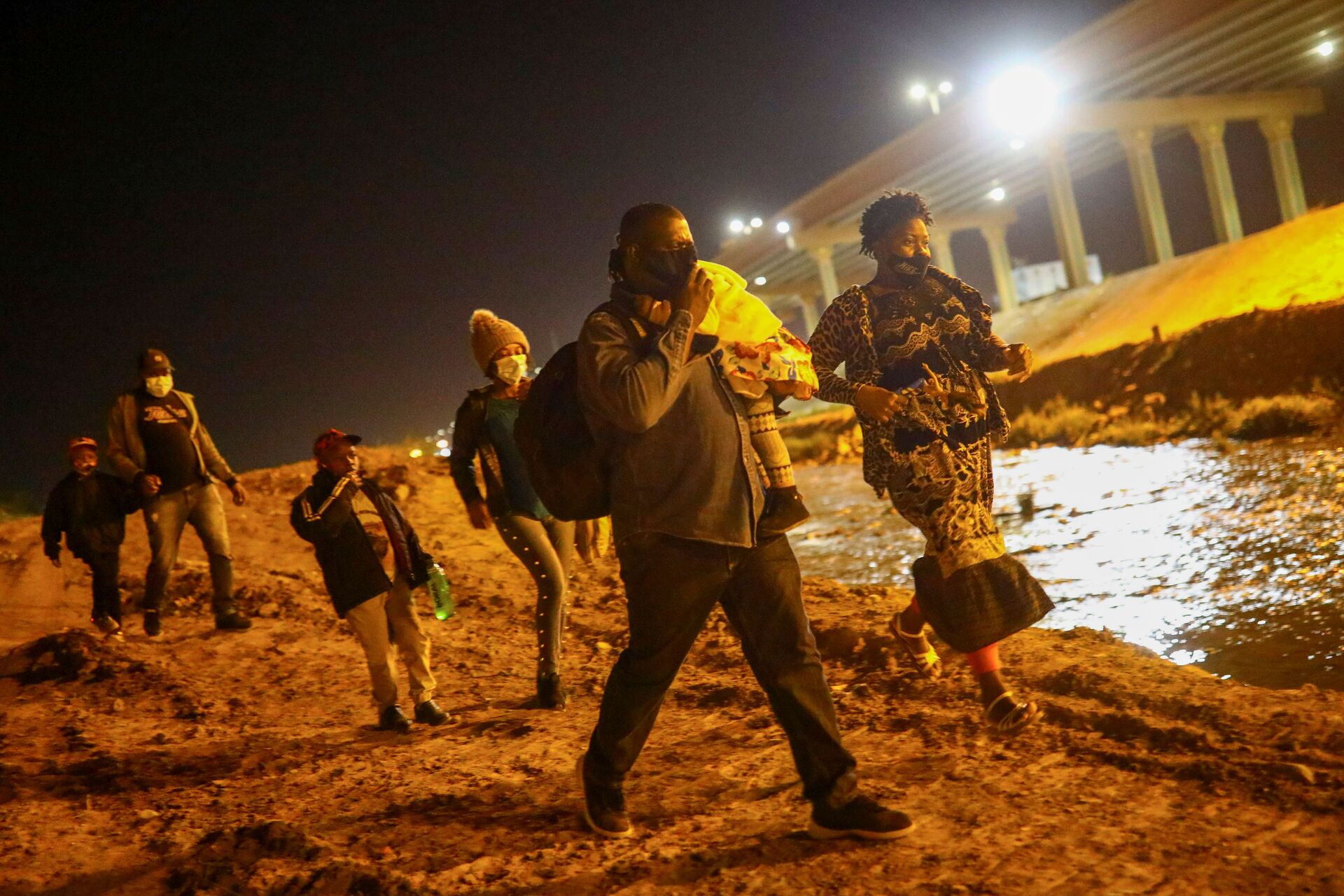 A family of migrants cross the Rio Bravo river to turn themselves in to U.S Border Patrol agents to request for asylum in El Paso, Texas, U.S., as seen from Ciudad Juarez, Mexico, March 30, 2021
© REUTERS / EDGARD GARRIDO

According to the US media, those politicians advocating for the creation of a pathway for illegal immigrants to gain residency and citizenship have often opposed the use of the term "amnesty" regarding the legislation if their plan requires some criteria that must be met over time.

According to a Fox News report, Democratic Senator Robert Menendez, the driving force behind the US Citizenship Act of 2021, which would include a path to citizenship for all undocumented immigrants in the country, has also dismissed the charge that the bill is "amnesty."

However, Bush's 2007 immigration reform proposal, which included a path to citizenship as well as tighter border controls, was defeated in the Senate, largely due to Republican opposition, which labeled it an amnesty bill.

Bush also proposed a "modernized asylum system" in his op-ed to boost legal immigration and an expanded temporary entry program to enable guest workers to come in for a limited time.

Republicans have rejected Democrat-proposed bills in the field of legalization of migrants, citing insufficient attention to protecting the borders from the influx of illegal migrants. Despite this, the Democrat-controlled House on March 18 passed a bill called the American Dream and Promise Act, which is currently awaiting Senate hearings.

According to the media, GOP lawmakers are refusing to support the Democratic initiative until the current crisis on the US southern border is resolved.