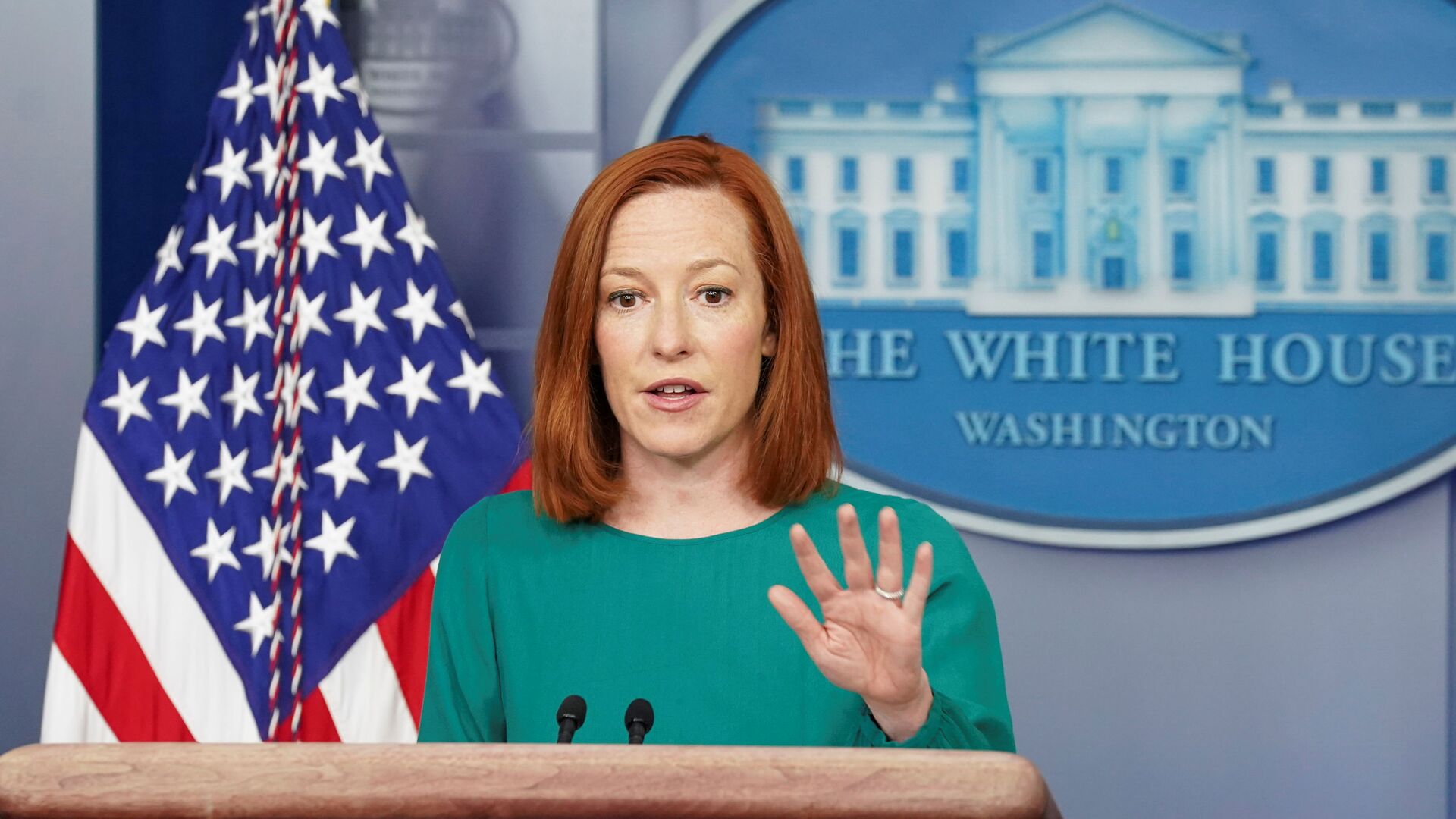 Tim Korso
All materialsWrite to the author
The leaked report about Russia allegedly paying the terrorist organisation to kill US soldiers became one of the main angles of attack for the Democrats in 2020, who claimed that the Trump administration's lack of action on the matter was nothing short of "treason."

White House Press Secretary Jen Psaki has confirmed an earlier report by the Daily Beast that the US intelligence community only has "low to moderate confidence" in claims about the alleged Russian Taliban bounties.

However, the current administration has stopped short of apologising to ex-POTUS Donald Trump for Joe Biden attacking him over the matter and accusing him of "treason" during the 2020 presidential race.

"I'm not going to speak to the previous administration but I will say that we had enough concern about these reports and about the targeting of our men and women, who are proudly serving around the world, that we wanted our intelligence community to look into it," Psaki responded when confronted on the issue.

She explained that the "low to moderate confidence" assessment was given because the information about the bounties relies on "detainee reporting." Psaki also pointed to the "challenging operating environment in Afghanistan" that makes it difficult to confirm the story. She did, however, defend the Biden team's earlier claim that the US intelligence community had "high confidence" in the assessment of alleged interactions between "Afghan criminal networks" and a unit of the Russian military intelligence (GRU).

The press secretary went even further by alleging that despite the "moderate" assessment of the bounties reports' credibility, the information contained in them "really puts the burden on Russia and the Russian government to explain their engagement here."

Russia strongly denies the allegations about its involvement in the attacks by Taliban radicals against the US military in Afghanistan, which first surfaced in the media in 2020 and were actively used by the Democrats during the presidential race to discredit then-POTUS Trump.

Trump downplayed the accusations about his administration not taking any action and confronting Russia on the issue, hinting that the leaked report was not deemed reliable. Then Defence Secretary Mark Esper said during his statement for the House Armed Services Committee that the Pentagon could not corroborate the report. Chairman of the Joint Chiefs of Staff General Mark Milley added that no link had been found between the alleged programme and the US casualties sustained in Afghanistan during the purported period the bounties were allegedly active. Democrats, however, did not scale down their attacks against the administration despite these statements by the US military's top brass.

The reports about the alleged bounties first started to appear in the US media in June 2020 with The Washington Post, AP, and The New York Times claiming that the Russian GRU secretly offered money to Taliban radicals for killing American and coalition personnel in Afghanistan from 2018. The media also insisted that the Trump administration was informed about the report on the bounties in early 2019. The New York Times further claimed that the US intelligence community was in disagreement about how solid the evidence behind the bounties was. To date, neither the US media nor intelligence officials have produced any factual evidence to the public, confirming the existence of the bounties.