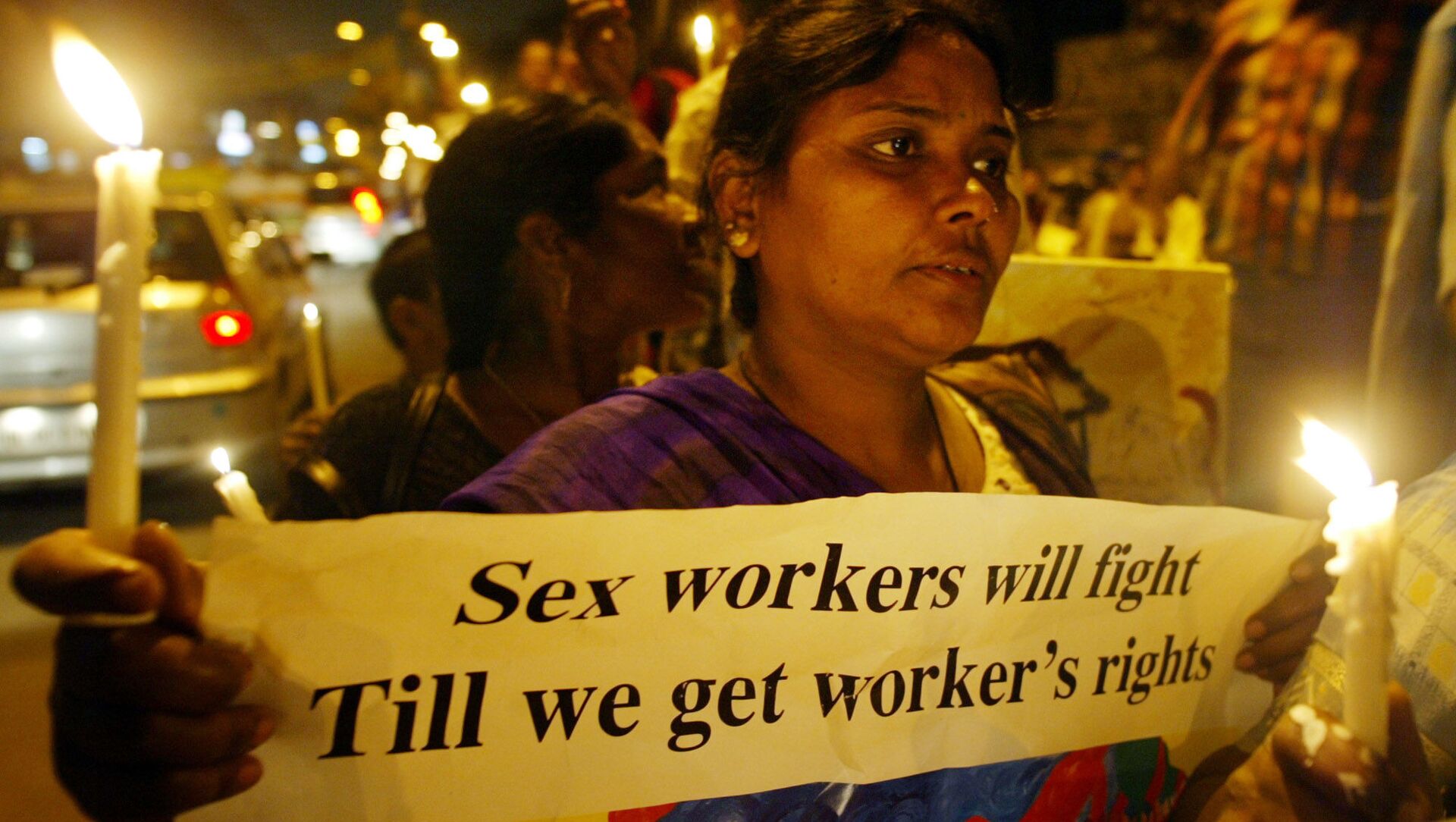 Advitya Bahl
All materialsWrite to the author
Since the COVID-19 pandemic and subsequent lockdowns hit the globe last year, people from different sectors have been finding it difficult to earn their daily bread. Across the globe, millions have lost their jobs, while many were forced to shut down their businesses.

Over 3,000 sex workers in Delhi, who reside in the city's 80 brothels, have sought financial assistance for food and basic utilities from the Delhi government. The demand comes days after an overnight curfew was imposed in the city and a day after a weekend lockdown was declared to prevent the COVID-19 virus from spreading.

A non-governmental organisation (NGO), the Centre for Holistic Development working for the welfare of sex workers, has written to State Chief Arvind Kejriwal, Lieutenant Governor Anil Baijal, and chairperson of the Delhi Disaster Management Authority to highlight the ordeal of the sex workers.

"Our clients visit us once they are done with their office-related work and they are free, which is either at night or on the weekend. But, the government has curbed movement making our situation vulnerable", the letter submitted to the Delhi chief's office reads.

In the wake of rising COVID-19 cases in the national capital, the Delhi government imposed an overnight curfew earlier this month from 10 p.m. to 5 a.m. (local time) until 30 April. With the situation getting worse, the Delhi government on Thursday (15 April) enacted stricter curbs in the capital including a weekend curfew.

Speaking to Sputnik, Sunil Kumar Aledia, the founder of the Centre for Holistic Development, said it is understandable that the current pandemic situation is really bad. "We are not against lockdown but kindly provide them some kind of relief".

"Sex workers are one of the most marginalised, most stereotyped, and most stigmatised communities of our society and no one thinks about their welfare. Post-10 p.m. is the time when these workers start working and earn on a daily basis. Their survival totally depends upon their daily earning, which will be hampered or almost come to an end", he said.

The letter written by the NGO also highlights the horrible impact of the previous year's national lockdown.

"The workers have not healed until now and there is a fear among these women that the second lockdown will throw them into a deeper crisis, as it would intensify the vulnerabilities of sex workers especially those living with HIV. We urge you to provide assistance to women living at Shraddha Nand Marg. Support them in the time of COVD by providing essential goods and medical facilities so that they can survive in these harsh times", the letter further mentions.

Last year, several sex workers Sputnik spoke to had narrated that as the pandemic hit the country they were cut off from their main source of income.

Most of the sex workers ran out of business, as the customers stopped visiting them at the brothels due to social distancing. Adding to their woes, police vigilance was so strong that there was no activity in brothels across the nation.