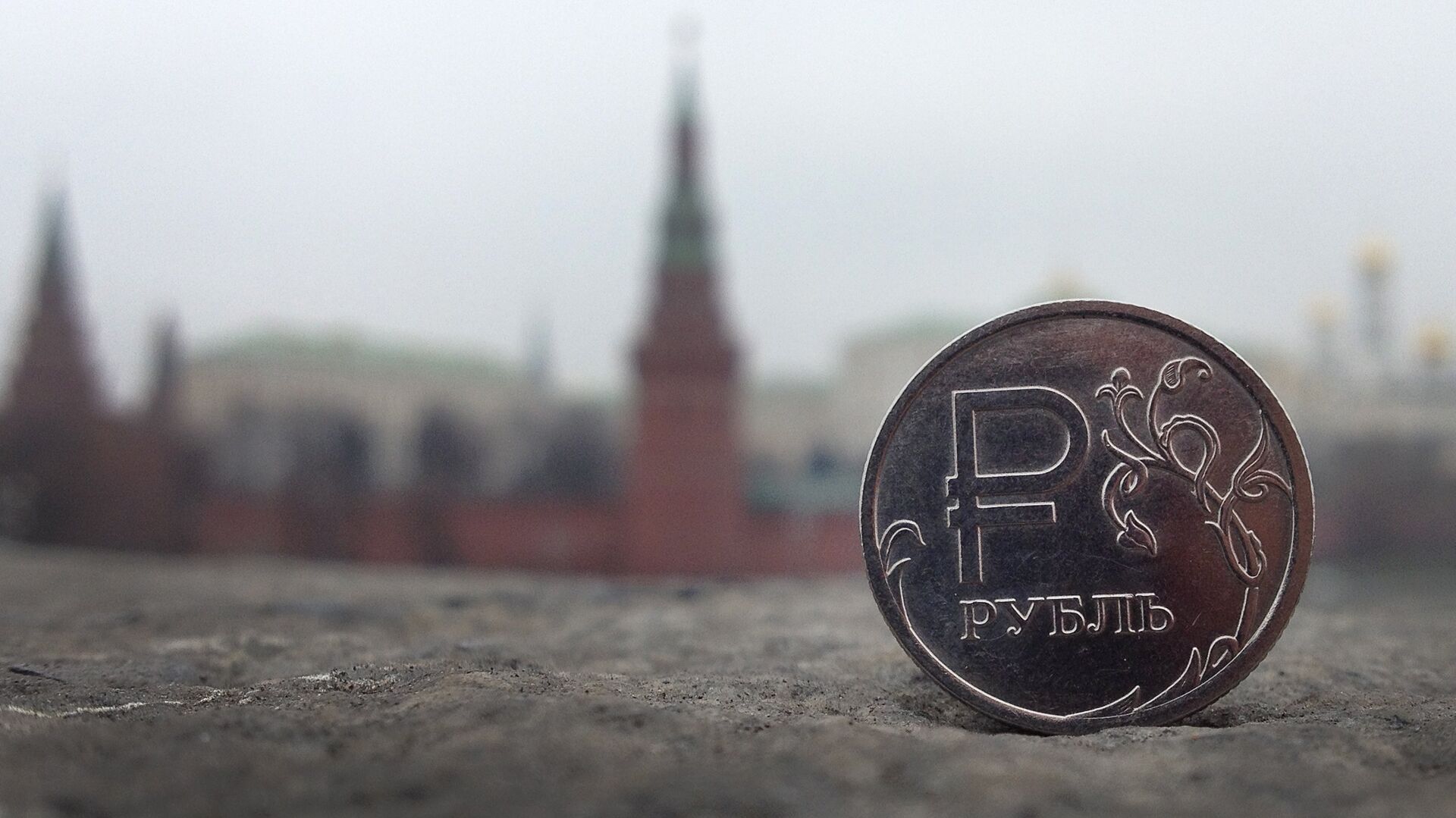 Tim Korso
All materials
Washington introduced a new batch of economic measures against the Russian economy on 15 April over Moscow's alleged involvement in the massive SolarWinds hack, which affected numerous American companies and government departments, as well as its purported interference in the 2020 election.

The Russian stock market and currency tanked on 15 April following the announcement of new US sanctions against the country, specifically against Russia's sovereign debt. However, despite this Moscow is unlikely to feel any lasting effects from this specific set of measures, financial analysts believe.

Russia's national currency, the ruble, fell by over 2% at the peak following the announcement of sanctions, trading at 77.53 rubles per US dollar, as opposed to 75.7 at the market's opening. However, by the time the markets had closed on 15 April, the currency had rebounded somewhat, trading at 76.24 rubles per dollar. The ruble continued to regain ground on 16 April, trading at 75.88, a minor drop compared to the pre-sanctions level, at 13:45 GMT.

The primary cause of the initial market sell-off of the ruble was the part of the new sanctions that limited purchases of Russian bonds, one of the major drivers of the currency, by American investors. Washington banned US investors from buying fresh issues of Russian sovereign debt. Initially, even Western investors outside the US were scared away from the "primary market", but they will inevitably return in the future, deputy head of research at the Ashmore Group investment company, Gustavo Medeiros, said, as cited by the Financial Times.

"After the dust settles and a new foreign policy equilibrium is found, non-US investors may participate in primary auctions again", Medeiros said.

The quick rebound is explainable by the fact that the actions taken by Washington were some of the mildest possible against a nation's sovereign debt, since the White House stopped short of banning purchases of Russian bonds on the secondary market, Investment Director at Aberdeen Standard Investments Viktor Szabo told the FT. This means that after non-US investors buy up the initial offering issued by the Russian government and start re-selling it, American investors are free to buy these Russian bonds. The decision to impose sanctions also marked the end of a period of uncertainty, when people were expecting new American sanctions but didn’t know what they would be, Szabo added.

"The worst expectations did not materialise. It’s unpleasant but it’s not going to do anything to really shake the Russian economy", the investment director at Aberdeen Standard Investments said.

The situation on the Russian market will depend on how the compliance departments of banks in the US and, more importantly, those outside the US interpret the latest sanctions, an analyst at Russia's Locko-Invest company, Dmitry Polevoy, told Bloomberg. Another financial expert, deputy chief economist at the Institute of International Finance in Washington, Elina Ribakova, warned in a comment to the media outlet that the sanctions against the primary market of Russian bonds could have been "a way to test the waters" for the White House.

"There is a lot of plumbing we do not understand, so even if there is a plan to move to the secondary market, one wants to do so gradually", she said.

At the same time, the US is "increasingly running out of sticks" to use against Moscow, Ribakova added. The US sanctions against the primary market of Russia's sovereign debt means little to the Russian economy, since local banks will buy it up and then just sell it to other banks on the secondary market, which is not impacted by the new measures.

VTB, one of Russia's largest banks, bought around 72% of the latest batch of government bonds, which were issued earlier this week. If it chooses to sell this, US banks will be able to buy the Russian bonds - one of the most popular among emerging markets' sovereign debts due to the high yields, according to numerous financial experts. The 15 April sanctions will thus affect Russia moderately, possibly prompting a rise in the interest rate by the central bank and a potential cut-back in borrowing plans, chief economist at Renaissance Capital, Sofya Donets, told the FT.

"They won’t have to do anything more radical, because [the sanctions] are something the market can still digest without any significant systemic risks to financial stability", she noted.

The 15 April US sanctions are just the latest in a long list going back to 2014, when relations between the two countries started to deteriorate. At the same time, they were only the second to affect the Russian sovereign debt - the last time Washington targeted it was in 2019, slapping sanctions on the Kremlin's foreign currency bonds. While this resulted in a sell-off on the Russian market, the long-term effects on the country's economy proved to be limited.