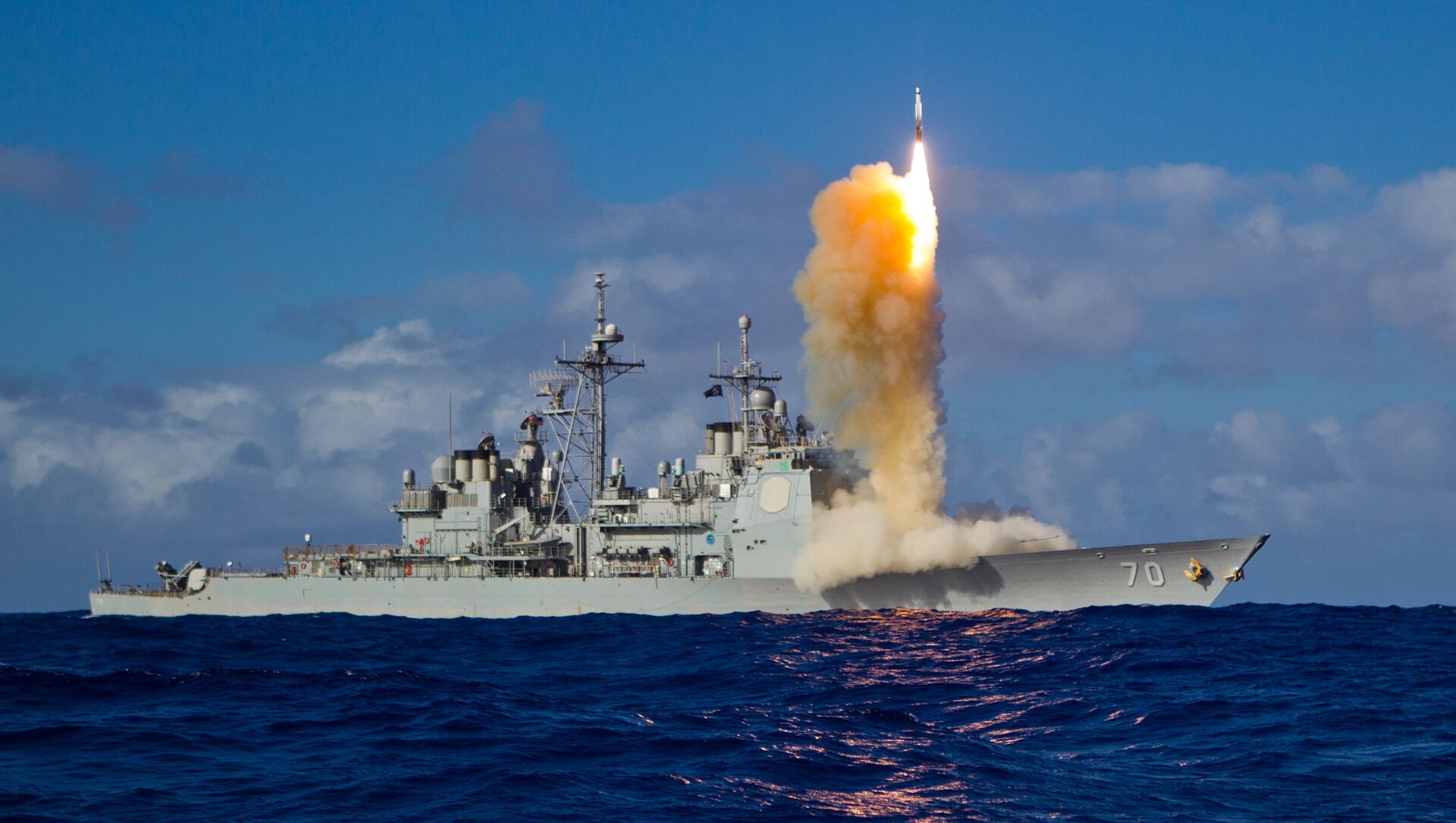 Morgan Artyukhina
All materialsWrite to the author
Russia and China both have multiple hypersonic weapon systems in use or advanced development, while the US has none. The seemingly unstoppable weapons travel faster than Mach 5, or roughly 3,800 miles per hour.

A senior Pentagon official told lawmakers on Wednesday that the Missile Defense Agency is preparing a test in which a Standard Missile (SM)-6 will attempt to shoot down a mock hypersonic missile later this year. The ultra-fast weapons are notoriously hard to track and harder to down.

Director of Defense Research and Engineering for Research and Technology Barbara McQuiston told a Senate defense committee on Wednesday that the MDA and US Navy had already seen promising signs the advanced SM-6 missile could shoot down “an advanced maneuvering threat-representative target” - a capability they intend to test later this year and continue developing into 2024.

“We are also working with the Missile Defense Agency to accelerate a comprehensive layered defeat capability against adversary tactical hypersonic weapons including kinetic defense in the terminal and glide phases of flight, as well as left-of-launch strike of missile launch complexes,” McQuiston further said. Left-of-launch refers to sabotaging missile programs during their development or even individual missiles on their launch sites to prevent them from being fielded or used. It can also include pre-emptive strikes.

As The War Zone noted, “advanced maneuvering threat” is Pentagon lingo for a hypersonic boost glide vehicle, the unpowered ultra-maneuverable device that nimbly delivers the warhead to its target after being accelerated beyond Mach 5 by a rocket engine.

Hypersonic weapons are notoriously hard to spot and track. The existing Space-Based Infrared System the Pentagon uses to pinpoint ballistic missile launches works by spotting the intense heat from their rocket engines, which stands out against the background heat from the Earth. However, hypersonic missiles don’t use their rocket engines for nearly as long as ballistic missiles, giving the satellites less time to figure out their trajectory before the engine cuts off and the unpowered glide vehicle “goes cold,” disappearing from infrared view. To fill this dangerous hole in US defenses, the Space Force has contracted for a new generation of wide- and medium-field-of-view satellites.

It’s possible the radars on US anti-ballistic missile systems, like the Patriot and THAAD, could also track hypersonic weapons. However, it’s one thing to spot a hypersonic missile - it’s wholly another to shoot one down. Sergei Surovikin, commander of the Russian Aerospace Forces, has said the forthcoming S-500 Prometheus air defense system will be able to shoot down hypersonic weapons and noted that “a certain amount of tweaking” would allow S-400 Triumf and 9K37 Buk missile systems to do so as well. 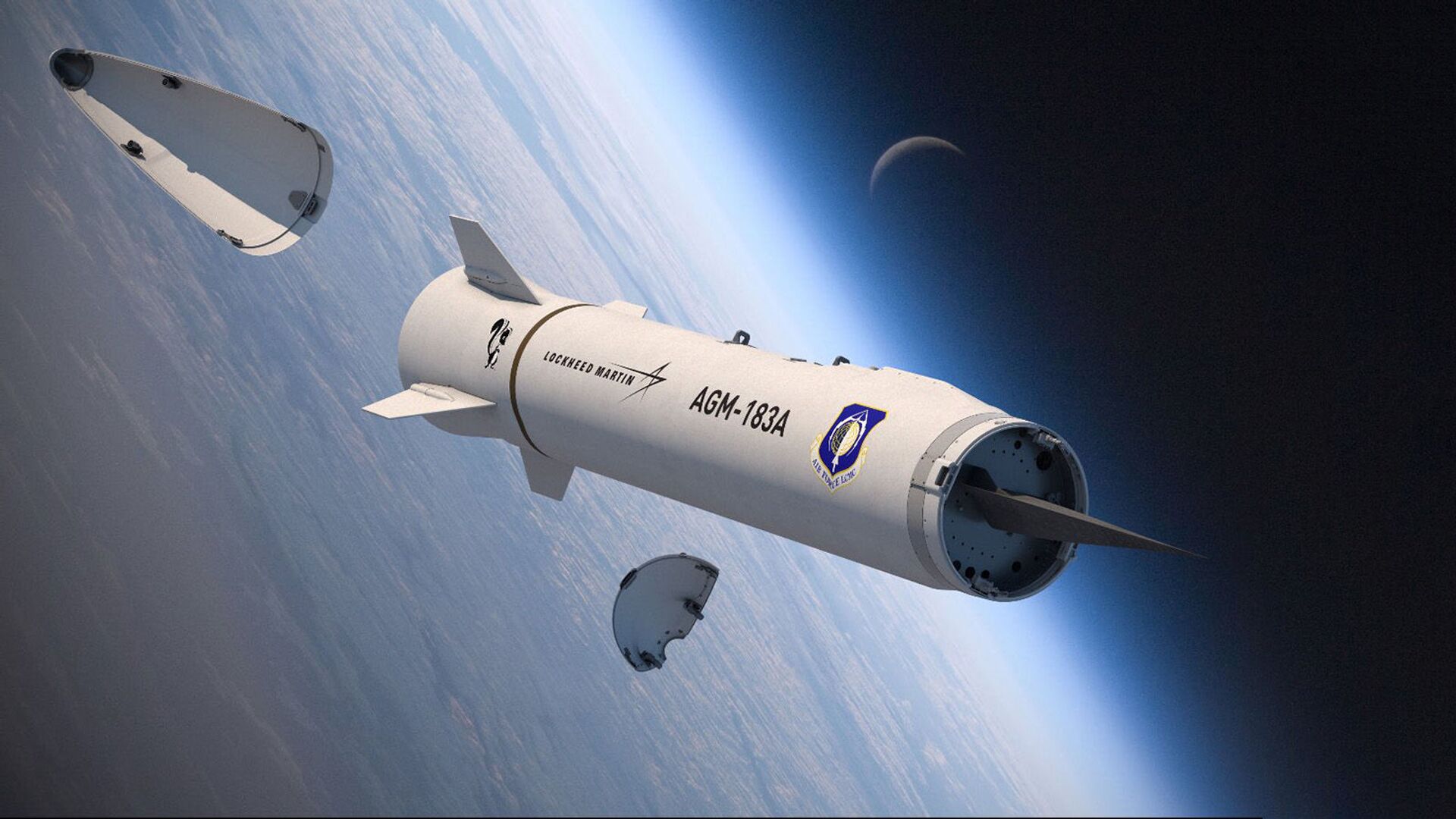 To build an anti-hypersonic missile, though, one has to build another hypersonic missile first, and the US’ record on this front leaves much to be desired. Earlier this month, the delayed and much-anticipated first test-firing of the AGM-183A Air-Launched Rapid Response Weapon (ARRW) didn’t happen after the missile failed to separate from its parent aircraft. It would have been the US’ first hypersonic weapons test. Meanwhile, Russia and China already have several hypersonic missiles in service or advanced stages of development.

The present versions of the SM-6 in use have a top speed of roughly 3,500 miles per hour, but according to The War Zone, the Block IB missiles are getting a substantial engine upgrade that could push them into hypersonic speed.

Russia also has one of the few radars capable of tracking a hypersonic weapon. The Rezonans-N very high frequency radar is reportedly capable of detecting hypersonic glide vehicles up to 372 miles away, according to the Barents Observer. It is a modified version of the Rezonans ballistic missile tracking radar, which is specialized for tracking objects up to 20 times the speed of sound. Roughly half a dozen Rezonans-N radars have been installed on Russia’s northern coast between the Kola Peninsula and Novaya Zemlya in the last two years, but none are believed to be operational yet.

That said, if any missile in the US arsenal could take down a hypersonic weapon, it would be the SM-6. Notoriously versatile, what was originally designed as an air defense missile has been adapted to anti-ballistic missile duties and can even hit surface targets. Another missile in the SM family, the SM-3, was even used to shoot down a satellite in 2008. In November, the US Army announced it was adapting the SM-6 into a ground-launched version to cover mid-range strike needs.