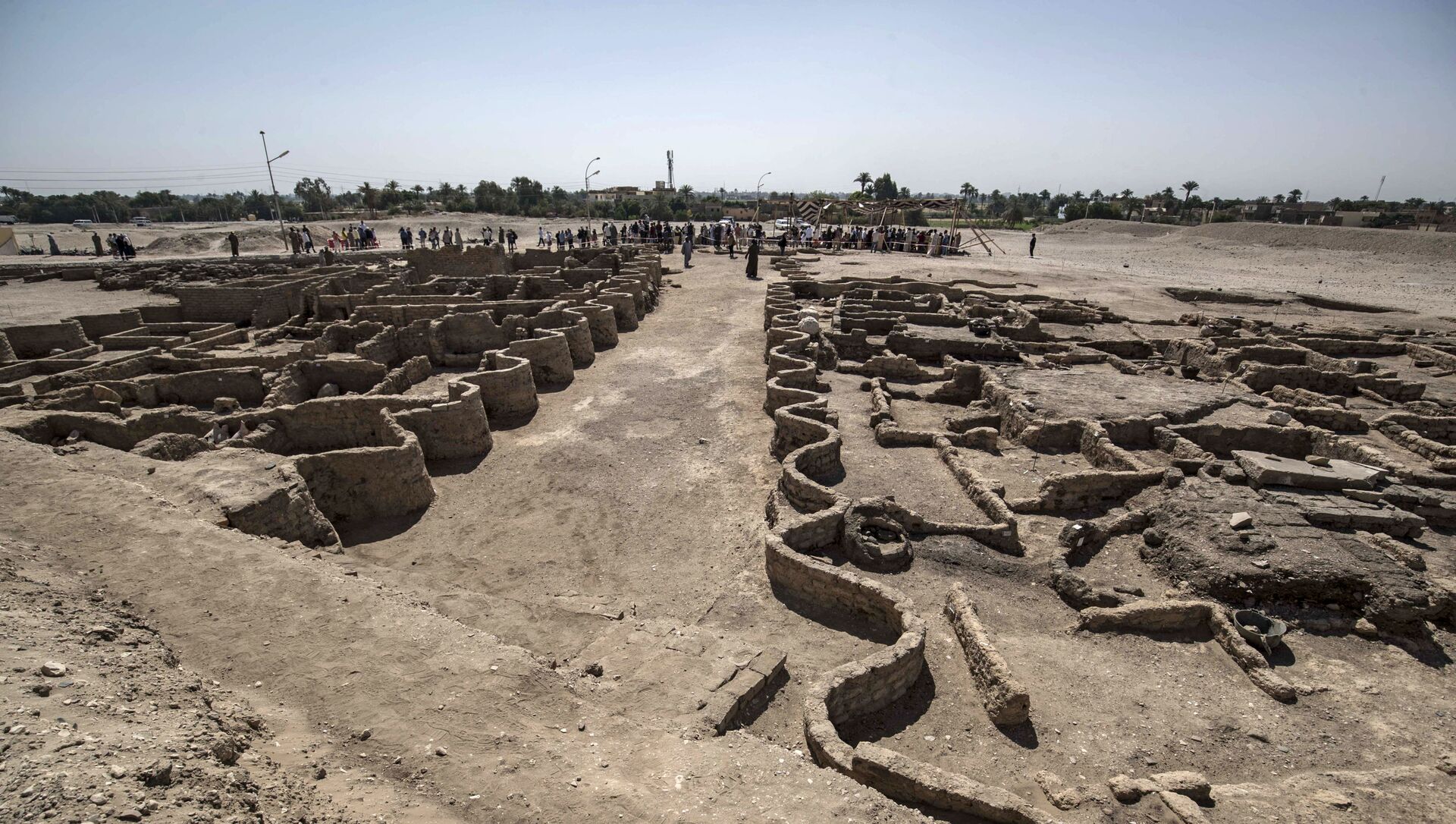 Lilia Dergacheva
All materialsWrite to the author
The team of researchers began excavations last September, and over just a few weeks uncovered perfectly preserved vast mud brick structures spreading out in all directions.

Ever since part of the so-called “lost golden city” in Luxor was unearthed in late 2020, researchers have called it the "Egyptian Pompeii" because it's just as well preserved as the affluent Roman city that was buried under metres of ash when Vesuvius erupted in 79 AD.

“There’s no doubt about it, it really is a phenomenal find,” said Salima Ikram, an archaeologist who leads the American University in Cairo’s Egyptology unit, as cited by the National Geographic.

“It’s very much a snapshot in time — an Egyptian version of Pompeii,” Ikram added.

The site, initially discovered in September last year, dates back to the era of 18th dynasty pharaoh Amenhotep III, who ruled from around 1386 and 1353-1351 BC, an epoch of unrivalled wealth and power in Ancient Egypt. The newly found, 3,000-year-old city is believed to have remained active through some years of his son Amenhotep IV/Akhenaton’s reign.

"This is a full-fledged city, it is considered to be the largest ever discovered settlement... The work will last at least 10 years, since we need to excavate the entire city, as well as the area of temples," Zahi Hawass said, the Egyptian team’s lead archaeologist Zahi Hawass. Detailing the find, he specified there were three quarters in the city with large storage places for keeping meat, for example, as well places were bricks and clothes may have been produced.

Relatively intact walls and living spaces were found to still contain everyday objects and utensils, much to the researchers’ and general public’s delight.

Excavators have so far unearthed brick houses, pottery, rings, and scarabs. They also dug out a bakery full of ovens and pottery, as well as wine vessels with hieroglyphs emblazoned on their clay lids.

When his son King Tut took over the state, he reversed his father’s policies and did his best to wipe out the new capital city and everything linked to it.

"This was really a large city that was lost," Hawass told the Associated Press. "It was lost because we never thought that this city could be discovered." He added that inscriptions found at the site reveal that it was associated with the sun god Aten, even noting that they found disks featuring the diety's name – a symbol of King Amenhotep IV – who earlier renounced Egypt’s polytheism.