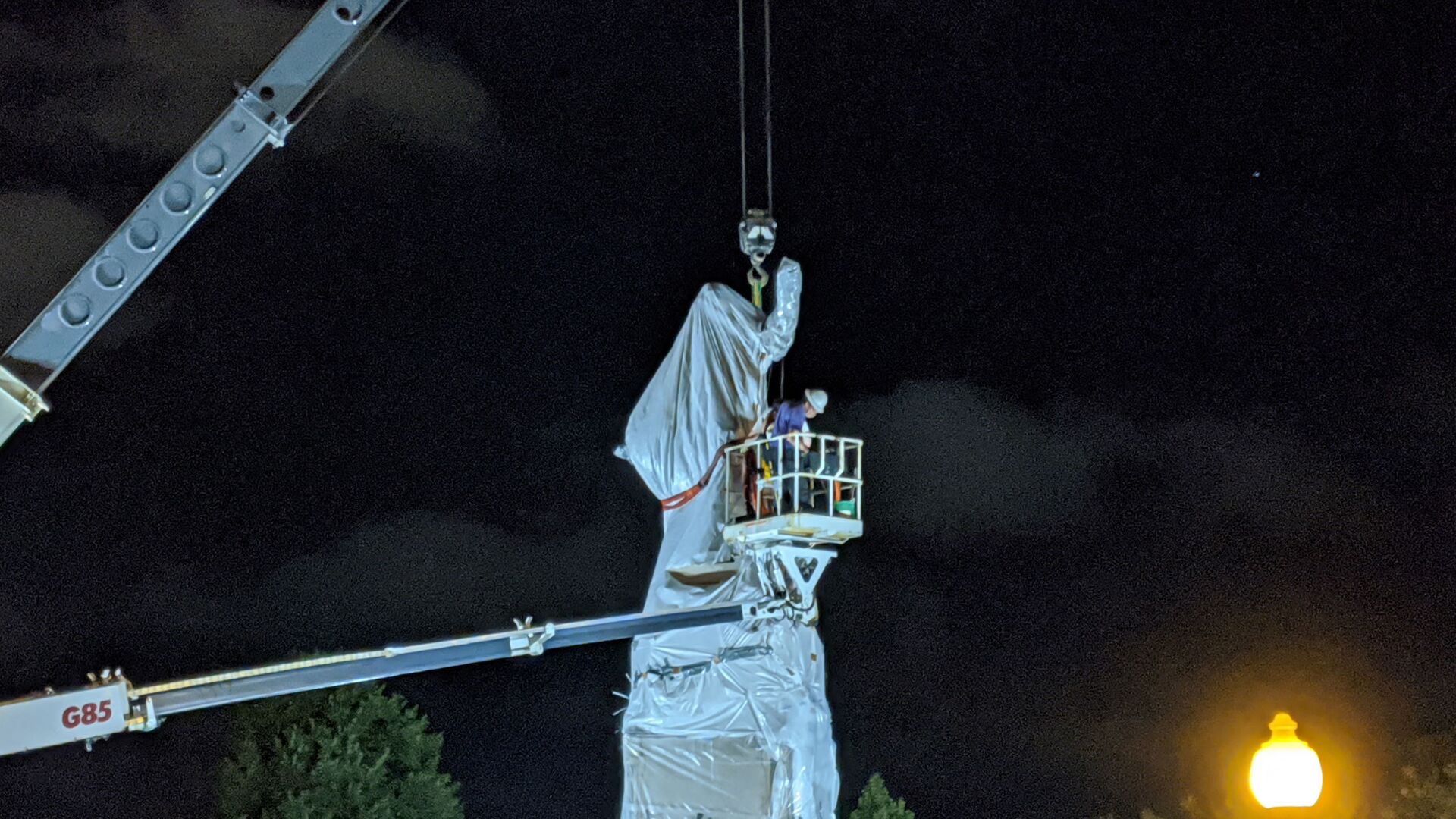 Kirill Kurevlev
Correspondent
All materialsWrite to the author
Last summer, what began to be peaceful protests against racism and police brutality soon turned into violent riots in several cities across the US. With demonstrators vandalizing and trying to remove some historical monuments in cities, city authorities considered removing those monuments considered controversial over their links to slavery.

After several historical monuments were demolished, vandalized or damaged across the US, the statue of Spanish explorer Christopher Columbus at Arrigo Park, Little Italy in Chicago was preemptively removed out of safety concerns, and this year the Joint Civic Committee of Italian Americans has demanded it be returned to its historic location, Fox News Chicago reported on Thursday.

"The agreement shows that we have a stake in the fate of this statue," said Onesti.

However, Onesti noted in a letter that since the city's two other Columbus statues were managed by the city, the organization could not influence its decision.

A peaceful demonstration in Grant Park in the summer of 2020 devolved into violent clashes with Chicago police over the Christopher Columbus statue. The statue was temporarily relocated, according to Mayor Lori Lightfoot, and the city of Chicago has begun a study of statues and sculptures considered controversial.

Stephen Douglas Park, which was named after the slave owner, was reportedly voted to be renamed by students in North Lawndale. Former slave and abolitionist Frederick Douglass and his wife Anna were honored with the renaming of the park and public library.

The death of Black man George Floyd in police custody in the US state of Minnesota triggered a national movement against racially motivated police violence, which sparked mass demonstrations in the US and other countries last year. Some of the demonstrations were marred with violence and looting, including damaging public property and harming local businesses.

According to the US media, one of the possible reasons why Columbus statues have been vandalized is that some anti-racism activists believe Columbus is to blame for the genocide of Native Americans.