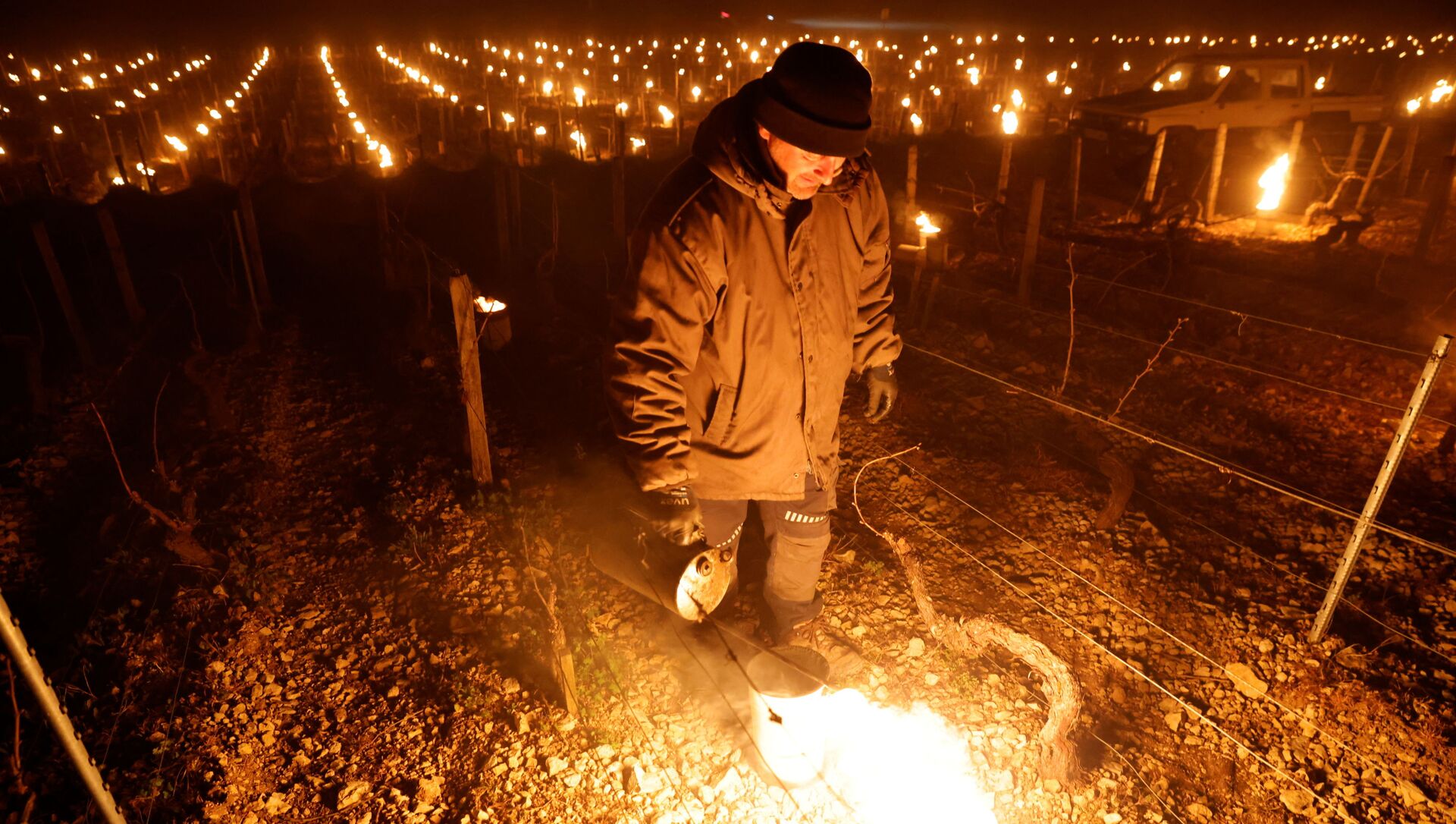 An estimated €2 billion-worth of production has been lost after an early warm spell that encouraged grape vines and fruit trees to blossom was followed by a cold snap that killed them off. That came after the industry lost €1 billion in exports last year due to the COVID-19 pandemic.

France has declared a national emergency after one-third wine production has been lost to rare spring frosts.

French Agriculture Minister Julien Denormandie hyperbolically described the crisis as "probably the greatest agricultural catastrophe of the beginning of the 21st century" this week, and the government declared an "agricultural emergency".

An early bout of warm weather encouraged vines and fruit trees to blossom early, only for a sudden cold snap to nip them in the bud. The Champagne, Bordeaux, Burgundy, Rhône and Loire Valleys and Provence have all been affected.

The damage has been estimated at €2 billion (£1.7 billion) in projected lost sales this year — on top of €1 billion in exports lost last year due to the coronavirus pandemic.

EU-US Trade Conflict Prompted $14 Bln Decline in French Wine Exports in 2020, Industry Group Says
With the industry estimated to be worth around €14 billion annually — and employing some 600,000 people, the economic damage could be significant.

Last week President Emmanuel Macron tweeted his support for farmers trying to save their crops by lighting fires and or placing torches between rows of vines.

"To you, farmers who, throughout France, have fought relentlessly, night after night, to protect the fruits of your labour, I want to tell you our full support in this fight. Hold on tight ! We are by your side and will remain so," Macron wrote.