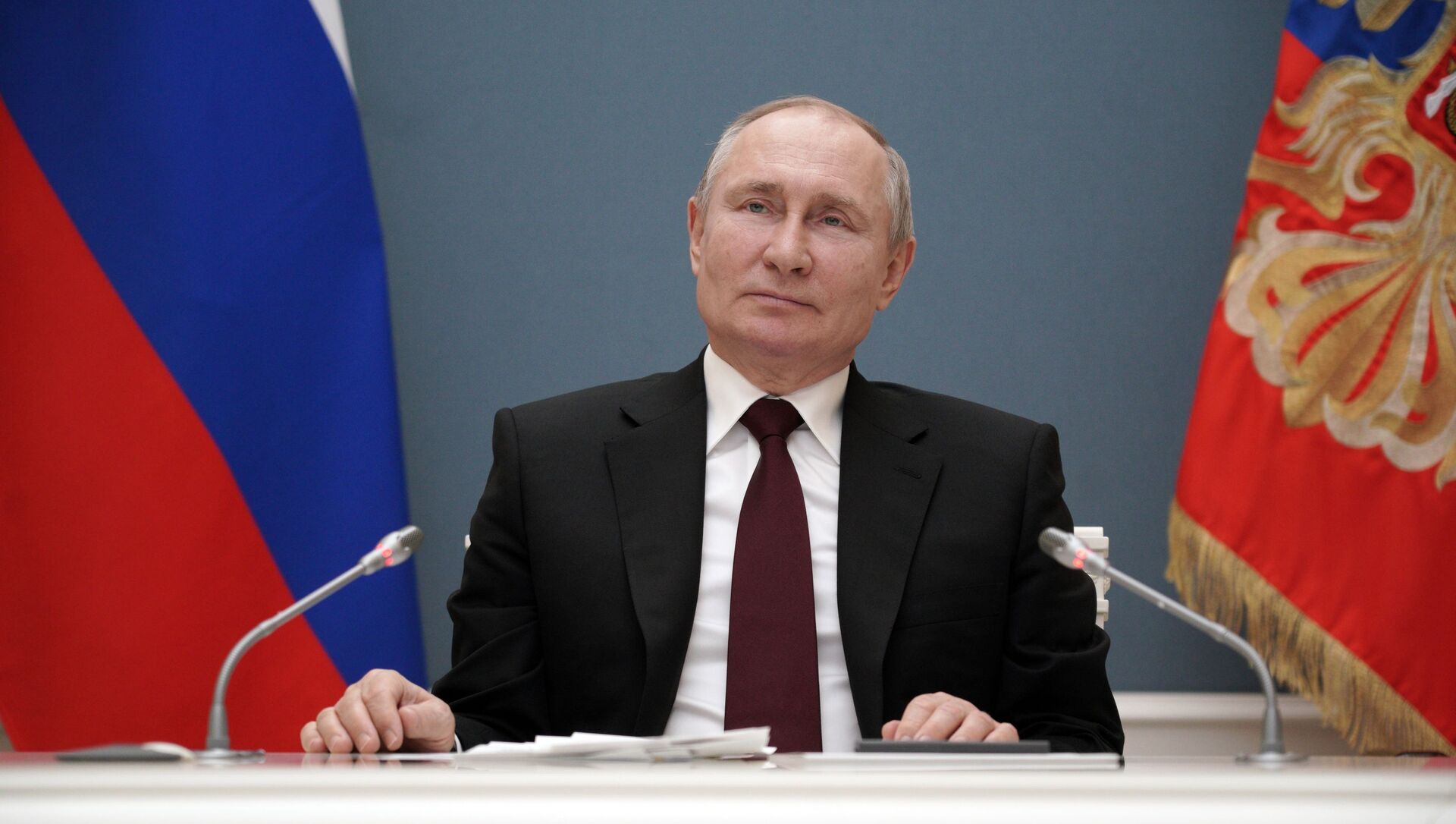 Ilya Tsukanov
All materialsWrite to the author
The hostile measures come just days after the US president extended an invitation to President Vladimir Putin to meet "in the coming weeks" to discuss ways to improve relations.

Washington is responsible for the current sorry state of ties between Russia and the US, and must recognise that it will have to pay for the further degradation of relations, Russian Foreign Ministry Spokeswoman Maria Zakharova said Thursday.

"We have repeatedly warned the United States about the consequences of their hostile steps, which are increasing the confrontation between our countries to dangerous levels," Zakharova said, speaking at a press briefing in Moscow on Thursday.

The spokeswoman stressed that Russia's response to "Washington's aggressive behaviour" would "inevitably" receive a "decisive rebuke," and lamented that the new US restrictions go against the interests of the peoples of both countries.

"Such a course, as has been repeatedly stressed, does not serve the interests of the people of the world's two leading nuclear powers, which bear historical responsibility for the fate of the world," she said.

"In his telephone conversation with the Russian president, Joe Biden expressed interest in the normalisation of Russia-US relations. But the actions of his administration [today] testify otherwise," Zakharova added.

US Ambassador to Russia John Sullivan has been summoned for what are expected to be "difficult" talks, Zakharova said.

She also indicated that US actions on Thursday have cast doubt on the practicability of the use of the dollar and the reliability of Western-controlled payment systems.

Russia-US Relations Collapse Amid Most Serious Sanctions Since 2014

The sanctions, based on a presidential executive order, target 32 entities and individuals, plus six Russian technology sector companies, over alleged Russian meddling in the 2020 elections and hacking attacks, including the SolarWinds incident. The 32 designated entities and individuals are targeted for their supposed involvement in "Russian government-directed attempts to influence the 2020 US presidential election, and other acts of disinformation and interference."

In what are arguably the most significant restrictions, the US Treasury will target all Russian sovereign debt – both ruble and non-ruble denominated – issued after 14 June 2021 by the Central Bank of Russia, Russia's National Wealth Fund, and the Ministry of Finance. The US also reserves the right to expand sanctions against Russian sovereign debt "as appropriate," the release by the White House indicated.

Biden Says US Will Never Recognise Crimea’s Reunification With Russia
In a related measure, the Treasury announced on Thursday that it had sanctioned eight individuals over Russia's "occupation" of Crimea in coordination with the European Union, UK, Australia, and Canada.

The 10 expelled diplomats have been ordered to leave Washington on the pretext that they were working as intelligence officers under diplomatic cover.

NATO expressed support for the new sanctions on Thursday, saying US allies "stand in solidarity with the United States over what it said were "actions to respond to Russia's destabilising activities. Allies are taking actions individually and collectively to enhance the Alliance's collective security."

The European Union similarly expressed "solidarity" with the US amid the new restrictions.

Russia Dismisses US' 'Unfounded' Cyberattack Claims as 'Blind Russophobia'
In Thursday's release, the White House threatened "further responses" to Russia's alleged "malicious cyber activity" related to SolarWinds, and said it's "responding to" reports of alleged Russian payments to the Taliban to kill US troops in Afghanistan. Washington formally named Russia's Foreign Intelligence Service (SVR) "as the perpetrator of the broad-scope cyber espionage campaign that exploited the SolarWinds Orion platform and other information technology infrastructures," and said that the US intelligence community has expressed "high confidence" about the SVR's alleged involvement in the hacks.

Commenting on the new restrictions, Secretary of State Antony Blinken said the executive order was aimed at "hold[ing] Russia to account for its reckless actions," but added that America would still like to cooperate with Moscow where possible.

"Where possible, the United States will also seek opportunities for cooperation with Russia, with the goal of building a more stable and predictable relationship consistent with US interests," he said.

Pretext For Sanctions Based on Series of Unfounded Claims

The United States has yet to provide evidence to prove any of the major accusations cited by the White House in justifying Thursday's new sanctions. Moscow has repeatedly dismissed claims of Russian state involvement in the SolarWinds claims. WikiLeaks revealed in 2017 that US intelligence services have access to a software package capable of spoofing cyberattacks to making them appear to originate in Russia, China, North Korea, Iran, or any number of other US adversaries.

US Media Suffers From 'Russia Hack Syndrome' & Provides No Proof of Breach, as Usual, Observers Say
Federal investigators never proved alleged Russian efforts to meddle in American elections, and on the contrary, recent congressional investigations have shown that the US intelligence community has itself illegally intervened in American politics to engage in a wild goose chase investigating (debunked) claims that Donald Trump was a "Russian agent."

Washington's claims about Russia "undermining security in countries and regions important to United States national security," including Ukraine, are also questionable. It was the US and its allies that overthrew the eastern European country's democratically elected government in 2014, provided the country with over $1.85 billion in "anti-Russia" military aid, and expressed support for Kiev amid concerns that the Ukrainian military is preparing to launch a major offensive against its eastern breakaways. Russia, mindful of the potential for the deterioration of the security situation on its borders, has urged Kiev to stick to the Minsk ceasefire agreements, and called on the US and NATO to stop deliberately destabilising the region and "turning Ukraine into a powder keg." As for the restrictions over Russia's "occupation" of Crimea, it's important to recall that the peninsula's residents voted overwhelmingly in a referendum held in March 2014 to rejoin Russia in the aftermath of the coup in Kiev.

Finally, the "Taliban bounties" claims, based on media reports citing "anonymous officials," were dismissed by Russia, the militant group itself, and multiple senior members of the Trump administration, including the president.