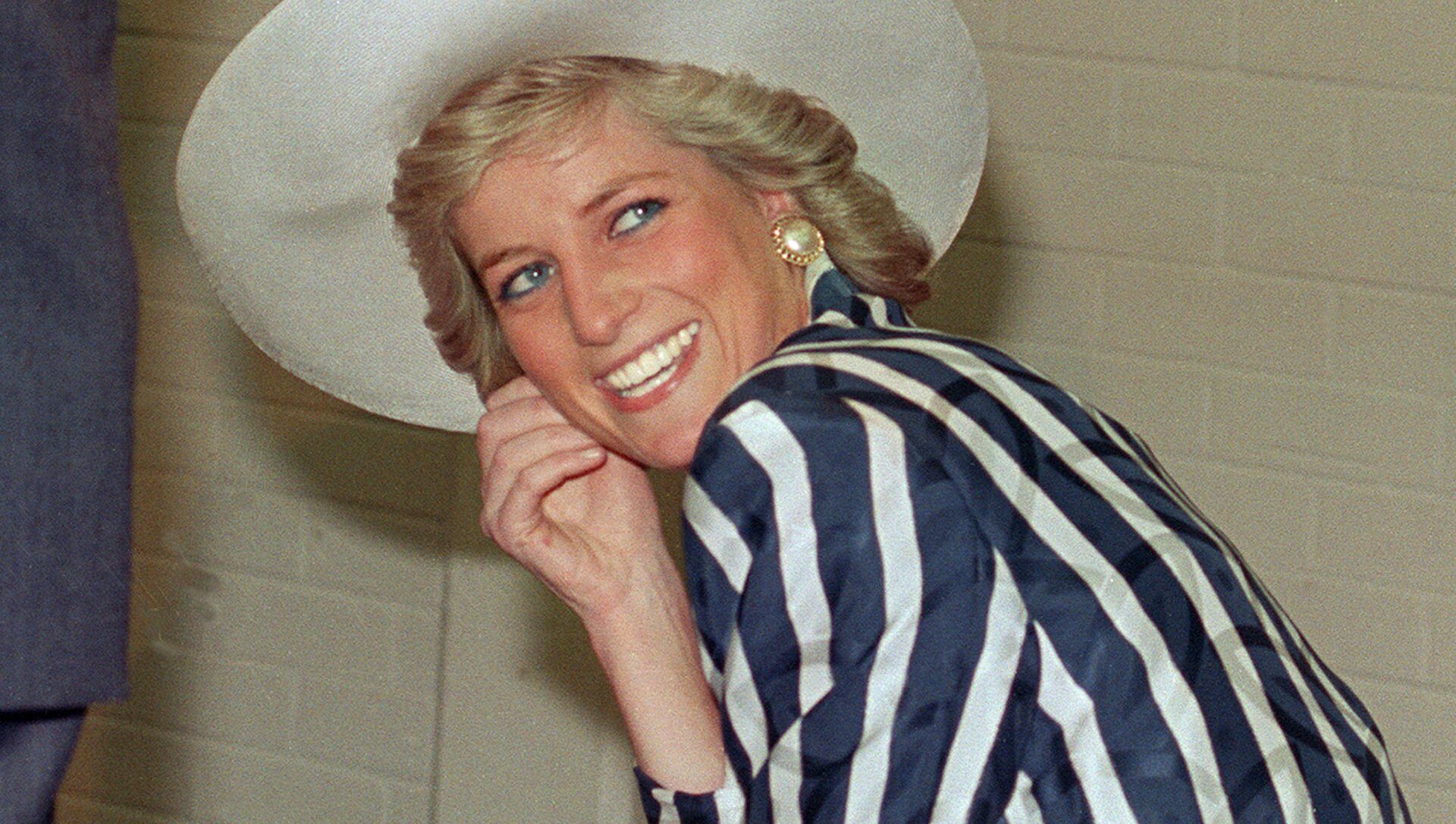 Aleksandra Serebriakova
Moscow-based Sputnik correspondent specializing in foreign affairs.
All materialsWrite to the author
Unlike Princess Diana’s former butler Paul Burrell, who claims that late Duke of Edinburgh has never understood his daughter-in-law and actually played into her marriage’s downfall, royal author Gyles Brandreth believes that this was far from the truth.

Prince Philip very much tried to save Princess Diana’s marriage with his son, writing her lengthy, “sympathetic but unsentimental” letters in the 1990s in a bid “to guide her towards the possibility of a reconciliation with Charles”, royal biographer Gyles Brandreth suggests in a new piece for the Daily Mail.

“The duke, in particular, was always a shrewd judge of character — but contrary to his public image, he was also capable of genuine kindness and understanding. And he wanted to help, if he could,” Brandreth claims.

Prince Philip’s correspondence with his daughter-in-law, the Princess of Wales, was never a secret. But the content of these letters, as well as their vibe, has long been a subject of scrutiny. 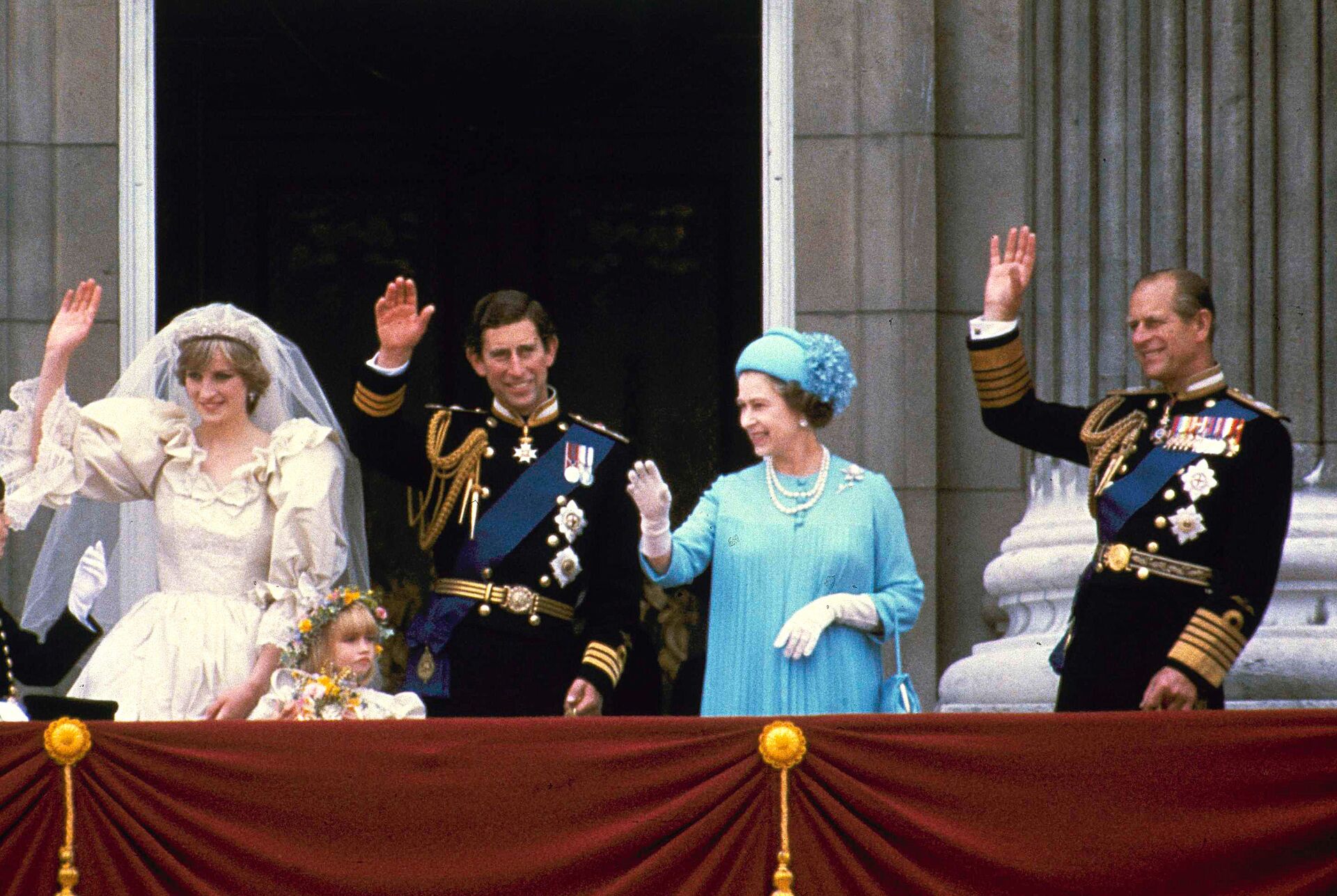 The British heir apparent Prince Charles and his bride Diana Spencer, left, wave next to Queen Elizabeth II and Prince Consort Philip, right, from the balcony of Buckingham Palace in London on July 29, 1981
© AP Photo

Some suggested that the duke simply tried to scold the princess for her behaviour in public – after all, neither he nor the Queen were fans of the “celebrity” status Princess Diana had adopted or were pleased with some of her “frustrating” moves.

But Brandreth maintains: “Philip confronted his daughter-in-law with home truths, and invited her to think about her marriage, long and hard.”

The author also says that he once had lunch with Diana’s then-close pals Rosa Monckton and Lucia Flecha de Lima in a bid to learn about the effect these letters would have on princess when she received them.

"When the letters came, they caused excitement and alarm at the same time. Diana was very up and down,” Mrs. Monckton, then managing director of Tiffany’s in London, told Brandreth.

“Something he said might make her cry, something might make her laugh. She very often got the wrong end of the stick, misinterpreting what he meant,” she added. 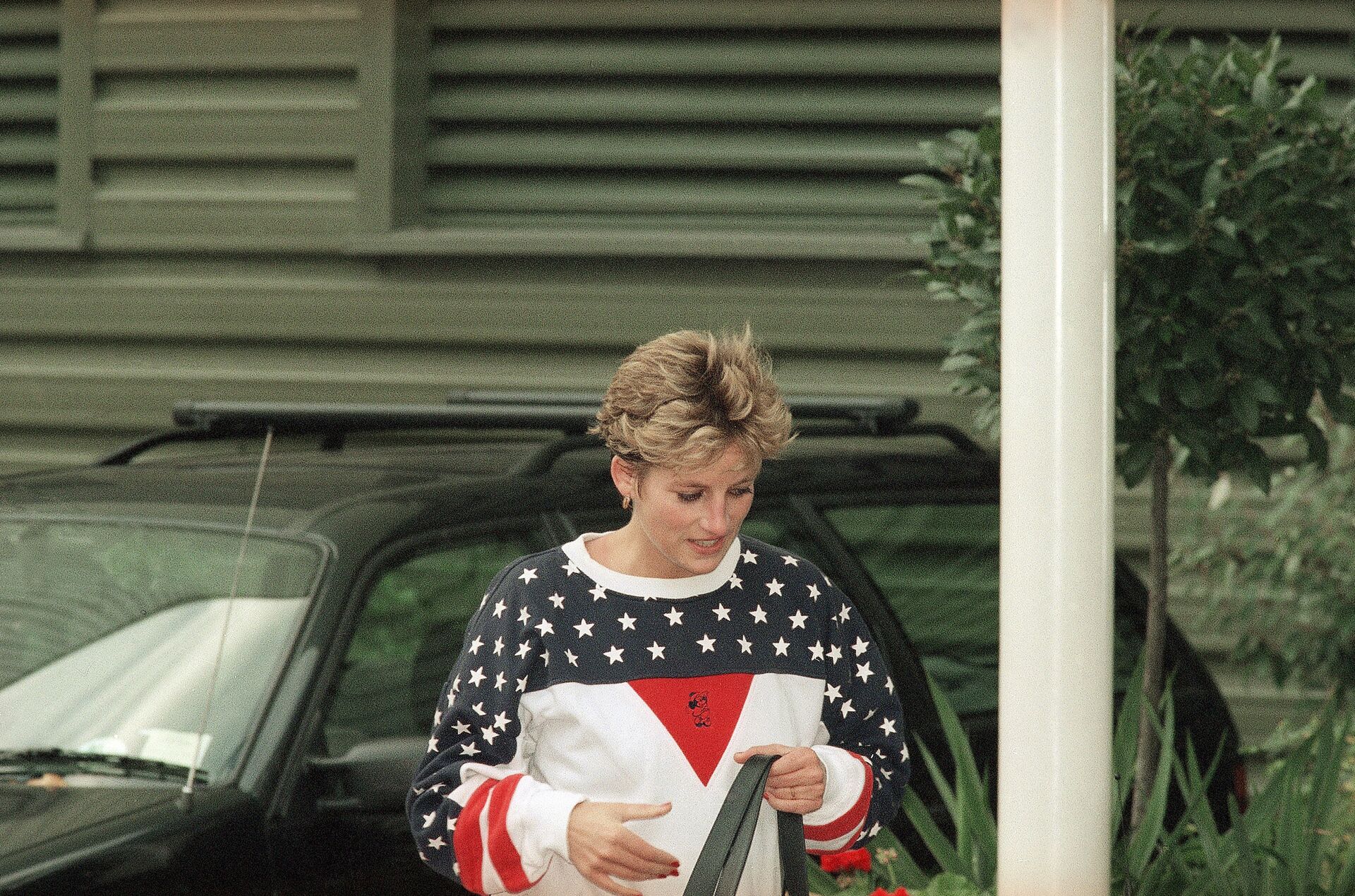 According to late Mrs. Flecha de Lima, who was wife of the Brazilian ambassador and died in 2017, Diana and her girlfriends would go “through each letter so carefully, thinking about what he said, talking about it, explaining it to her”.

"Then we helped her draft her replies. She took the correspondence very seriously,” Mrs. Monckton revealed.

“Actually, he was pretty wonderful,” she said about late Prince Philip, who passed away on Friday at the age of 99. “All he was trying to do was help. And Diana knew that.” 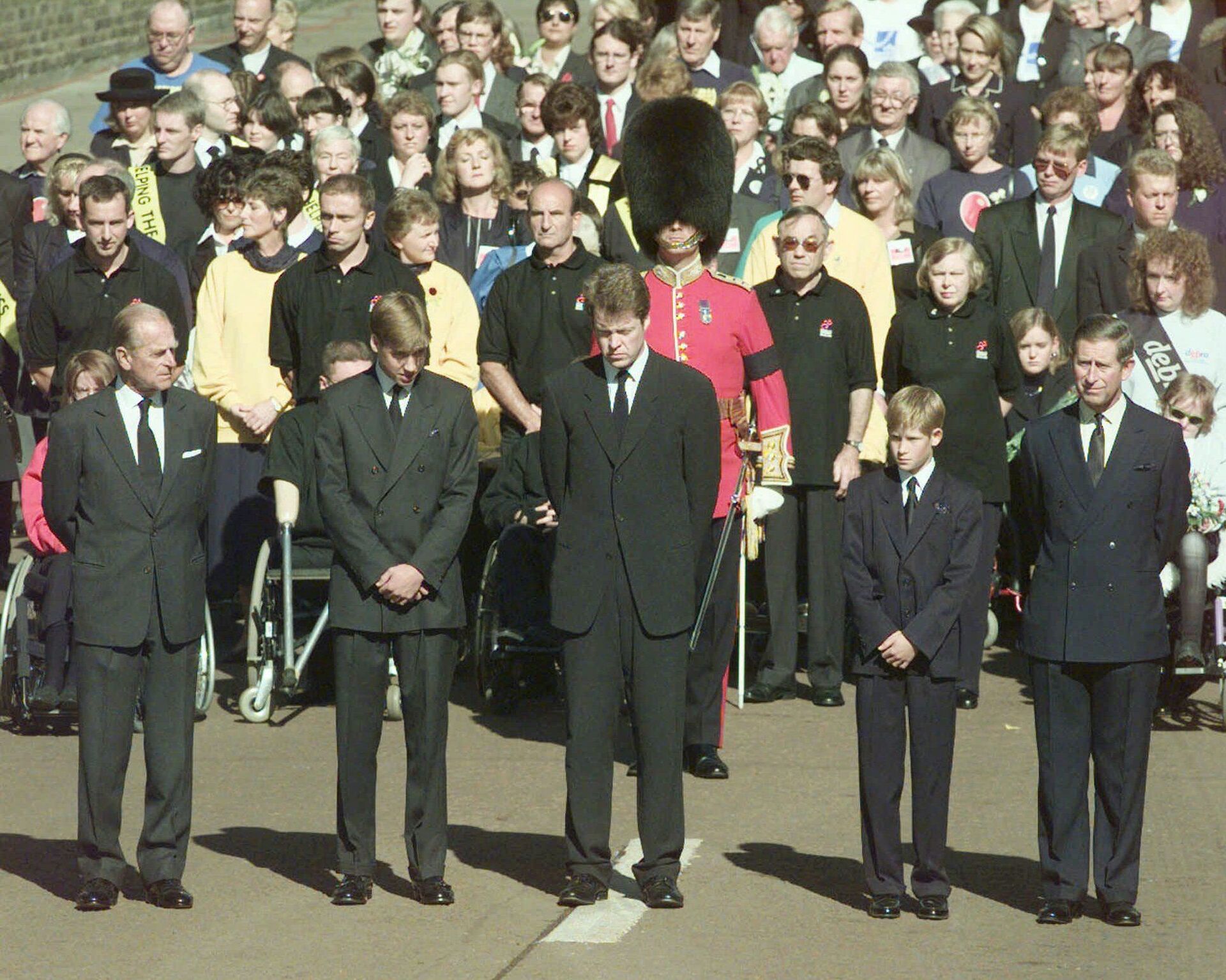 Brandreth tends to contradict the account of Princess Diana’s butler and close proxy, Paul Burrell, who argued in the past that Diana believed that Prince Philip was “a collaborating architect” in the downfall of her marriage while giving his “blessing” to Prince Charles’ affair with Camilla Parker Bowles.

According to the royal author, however, this just could not be true, and Princess Diana very much trusted her father-in-law and had “great respect and affection” for him.

Once, Brandreth says, the Duke of Edinburgh even reportedly wrote to her: “I cannot imagine anyone in their right mind leaving you for Camilla.”

After Princess Diana gave her scandalous interview to BBC’s Panorama reporter Martin Bashir, famously revealing that “there were three of us in this marriage”, the Queen gave a green light to her divorce from Prince Charles. 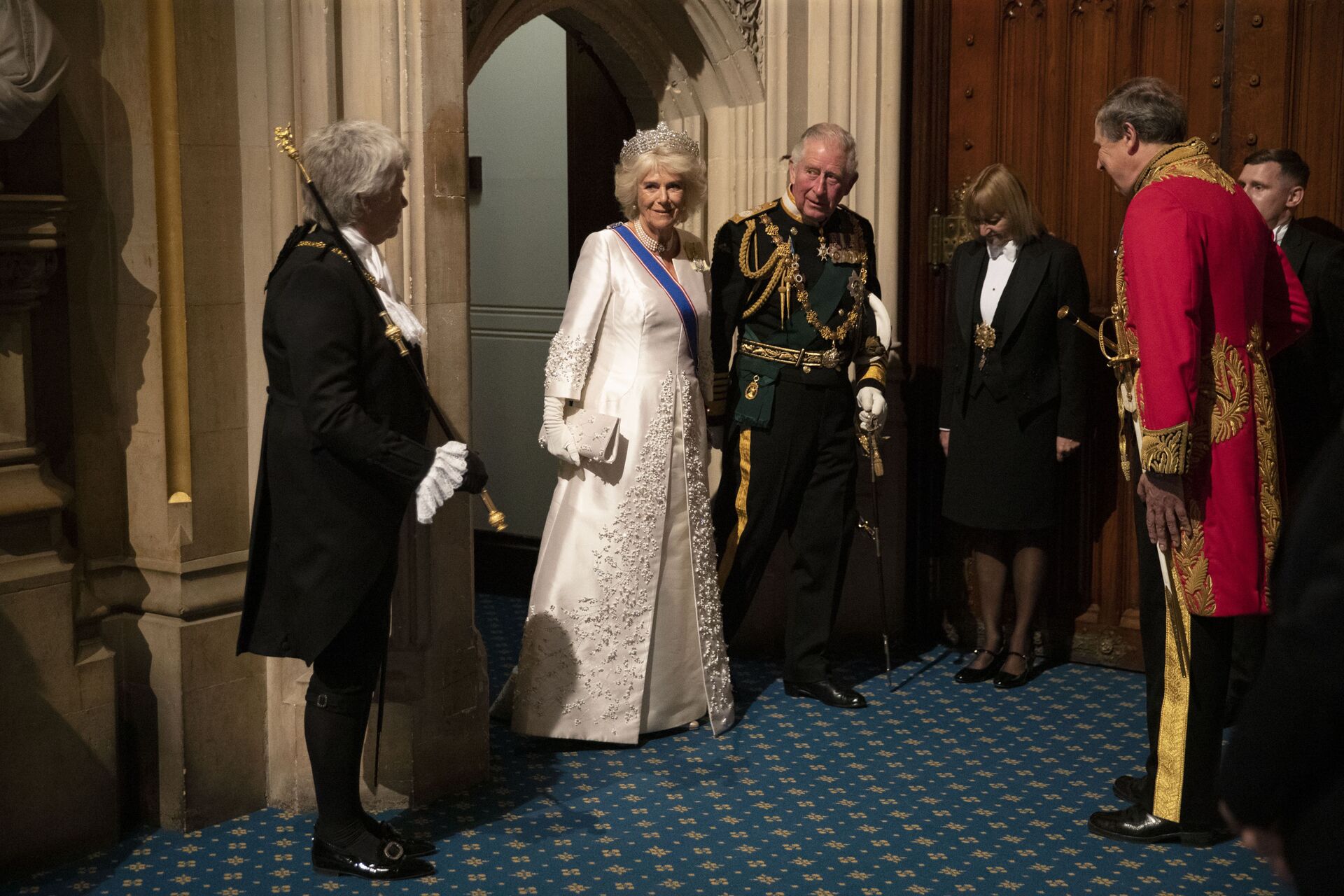 In this Monday, Oct. 14, 2019 file photo, Britain's Prince Charles, third left, and his wife Camilla the Duchess of Cornwall, second left, arrive in the Norman Porch, flanked at left by Black Rod, Sarah Clarke the first ever female to serve in the role of Black Rod, at the Palace of Westminster and the Houses of Parliament for the State Opening of Parliament ceremony in London
© AP Photo / Matt Dunham
They officially ended their marriage in August 1996, with Prince Charles marrying Camilla, Duchess of Cornwall in 2005, almost eight years after Diana tragically died in a car crash in Paris.