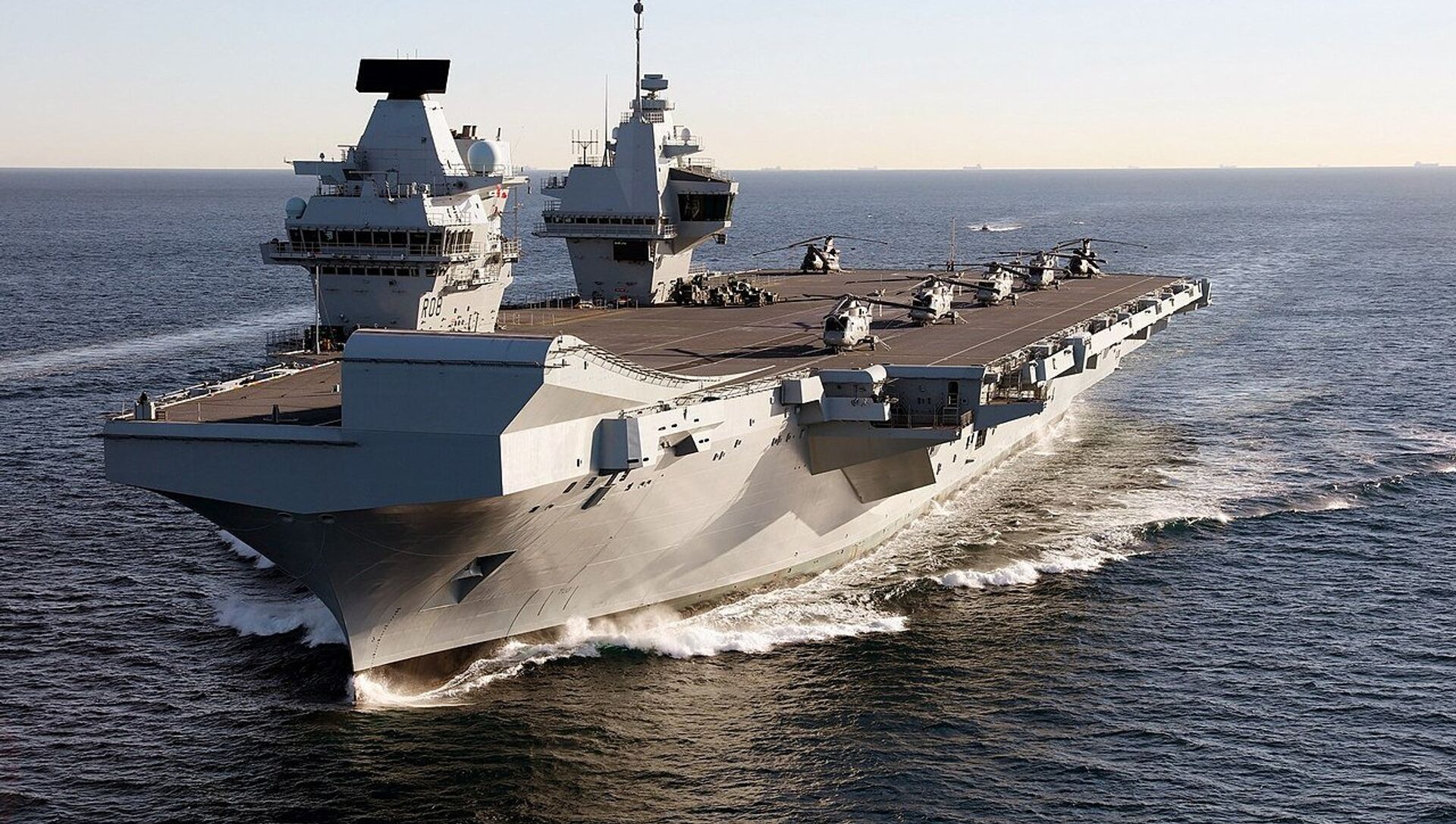 Arty Katkov
All materialsWrite to the author
The HMS Queen Elizabeth maiden voyage will finish with joint exercises with the Japanese and American military.

The Royal Navy's new aircraft carrier strike group will take a route through the South China Sea, but will not sail through the Taiwan Strait.

The aircraft carrier will instead go east, making its way up to Japan for the final section of the trip to avoid possible tensions with China, The Telegraph reported.

The ship will sail through the Suez Canal and past Singapore and is planned to arrive in the region this summer.

The ship might deploy on its maiden voyage as early as Sunday, 23 May, The Telegraph reported, citing sources.

Senior Tories criticised the planned route, the outlet said, with former Conservative leader Sir Iain Duncan Smith saying the Government and Royal Navy “need to rethink this journey”. “They need to complete this process by letting the Chinese know that they disapprove of their very aggressive actions against their neighbours by sailing through the Taiwan Strait,” he said.

Chairman of the Defence Select Committee Tobias Ellwood said that the “purpose” of the carrier strike group’s journey to the Indo-Pacific “is to stand up to the authoritarianism of China”.

“Many will wonder how a carrier visit to the South China Sea will alter China’s behaviour. Clearly it won’t and instead, we are altering our behaviour,” he said.

China considers Taiwan as a breakaway province that should be reunified with the mainland, and Chinese authorities often protest strongly if someone suggests otherwise.