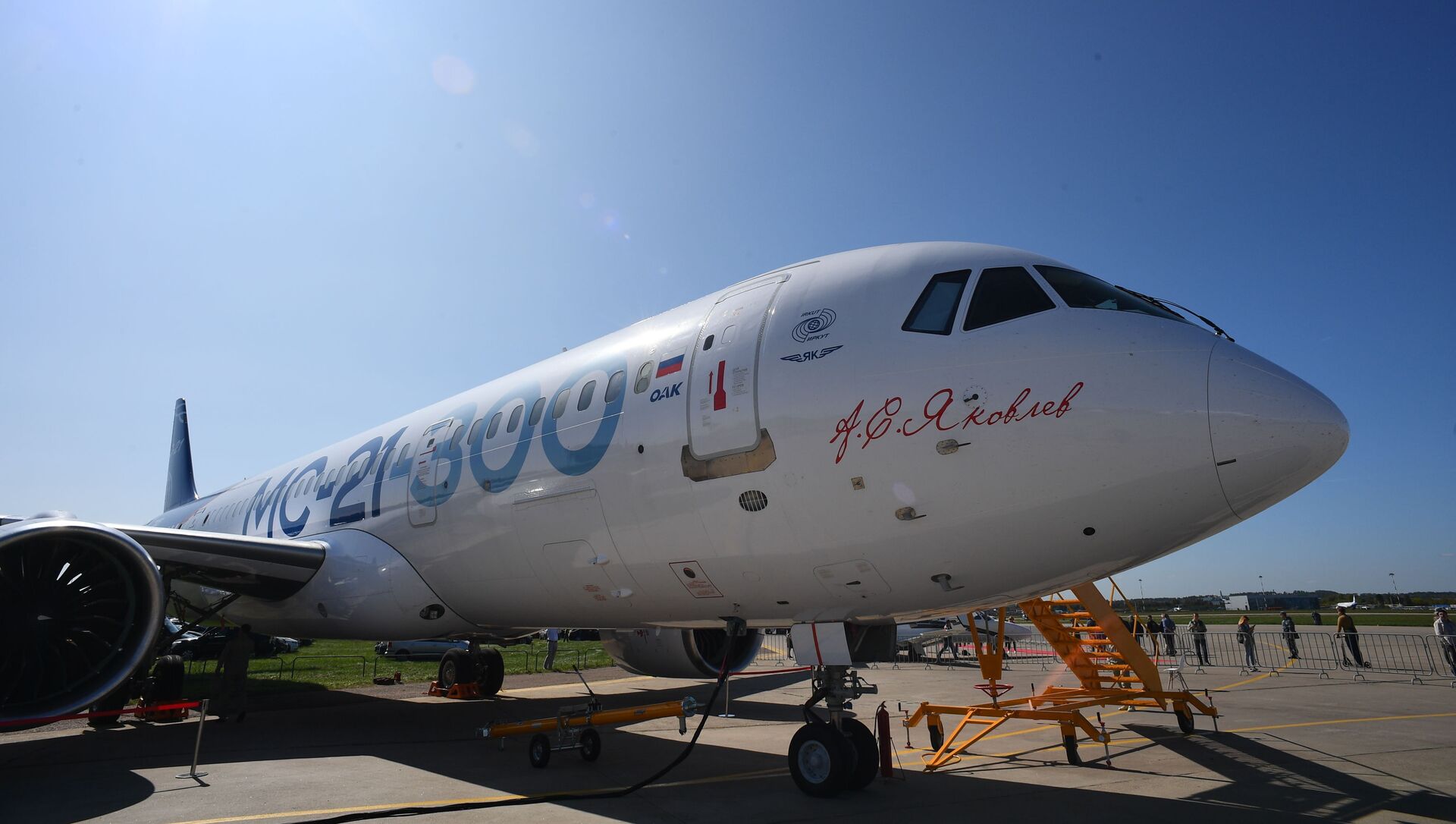 © Sputnik / Ramil Sitdikov
/
Go to the mediabank
Subscribe
International
India
Africa
MOSCOW (Sputnik) - US trade restrictions and new rules for obtaining export licenses for foreign partners have affected the timing of the implementation of Russia's Irkut MC-21 aircraft program, but airline companies are still set to start receiving the aircraft in 2022, Russia's United Shipbuilding Corporation and Rostec confirmed on Thursday.

"The trade restrictions had an impact on the pace of the implementation of the MC-21-300 program. It chiefly affected supply of materials for composite wing production. The pace of the program implementation was also affected by the new rules for obtaining export licenses for foreign partners of the program. MC-21-300 is set to receive a Russian certificate in the end of 2021. First airline deliveries are planned for 2022," the United Shipbuilding Corporation said.

"It was announced earlier that airlines will start receiving the first batch-produced MC-21 in 2022. These plans remain in force," Rostec said.

On Wednesday, Russian Deputy Prime Minister Yury Borisov said that the MC-21 market entry was undermined by the US sanctions, and up to 40 percent of its on-board equipment had to be replaced as it was foreign-made.

The Irkut MC-21 aircraft is a next-generation short- and medium-range airliner. Russia's flag-carrier Aeroflot is expected to be the first company to exploit the aircraft.