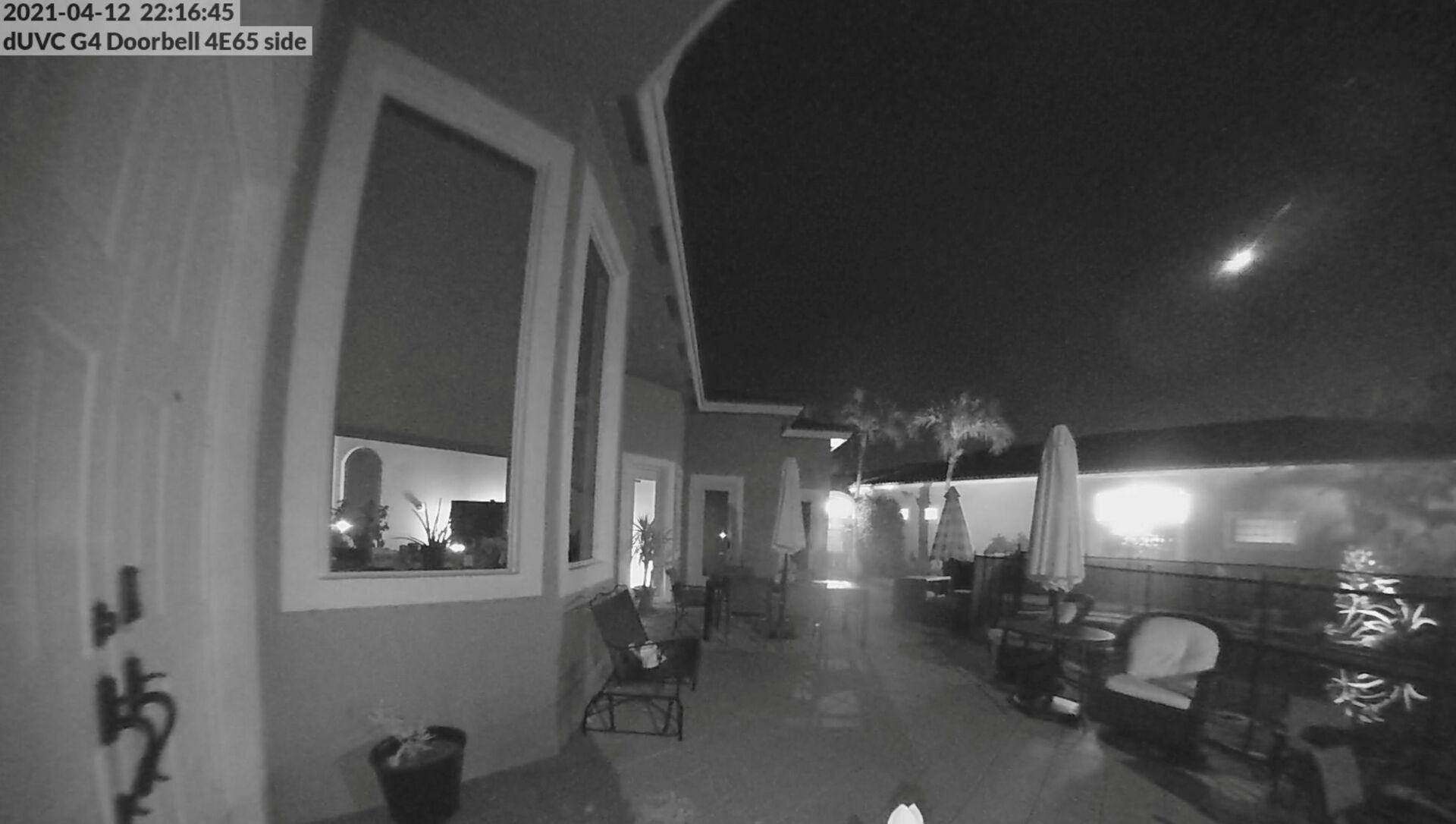 Kirill Kurevlev
Correspondent
All materialsWrite to the author
According to the American Meteor Society, which received at least 230 reports about a fireball seen in the sky, the event was technically a "bolide" blowing up in the night sky as it passed through the dense layers of the Earth's atmosphere.

A luminous object burst into the clear starry sky over the southeastern coast of Florida from Jacksonville to Miami at great speed, only to soon explode and illuminate the skies of the Sunshine State with its brightest flash.

According to some eyewitnesses' accounts, people could hear a sonic boom sound quite loud and clear. And many of them rushed to immediately share their successful shots on social media.

WOAH! Big flash and streak across sky in West Palm Beach. Happened moments ago while we were on Facebook Live for a @CBS12 story.

Working to figure out what it was. pic.twitter.com/VDl9pFtb3h

My vantage point of the meteor / small asteroid lighting up the South Florida sky. Looking east from near Marco Island. pic.twitter.com/pZL2B6jeBE

​According to the USA Today, citing the operations manager for the American Meteor Society, Mike Hankey, it was most likely a piece of an asteroid based on the speed and characteristics of the fireball, but whether it was a piece of the newly discovered 2021 GW4, that recently passed the Earth at approximately 12,430 miles (20,000 km) above the surface, is unknown.

On Monday night around 10:15pm, a very bright meteor was visible along the East Coast of South and Central Florida. Hit the link to check out some of the best cam rewinds of 2020: https://t.co/FW68FToKpK pic.twitter.com/mZNroHXjq8

Compilation of the flash caused by a meteor that fell over the Atlantic Ocean around 10:16 PM on April 12, 2021 from webcams around South Florida.

​An asteroid is a piece of rock, iron, or ice debris that is inactive in the sense that it does not shed parts of itself. A comet is a whirlpool of hydrogen, dust, ice, and rock with a glowing head and tail that leaves a debris trail in its path.

Asteroids are considered space bodies with a diameter of more than 30m, smaller bodies are called meteoroids.

A large fireball (bright meteor) lit up the sky across Florida and the Bahamas last night. This was the view from Lakeland! 💫 📸: Joseph Gresham pic.twitter.com/rKkmZrvLxR

According to the report, asteroids and their fragments are usually slower than comets and their events last longer.

"This was a nice chunk but I doubt it was anywhere near (3.2 feet/1 meter)," Hankey said. "More likely it was in the softball to basketball range."