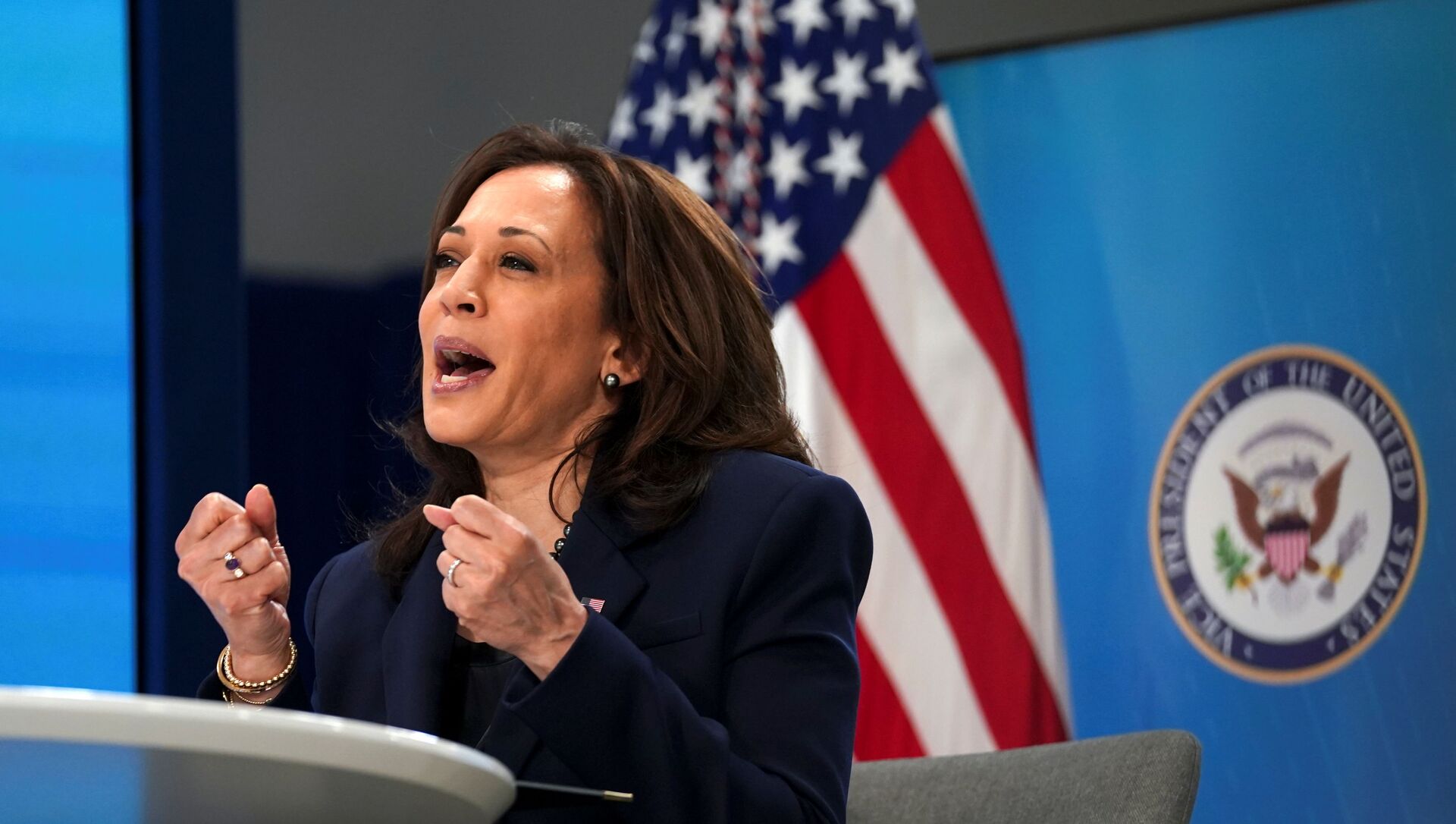 Evan Craighead
All materialsWrite to the author
Last month, US President Joe Biden tapped Vice President Kamala Harris to serve as point-person for the administration's efforts to calm the migrant crisis at the US-Mexico border. According to data from US Customs and Border Protection (CBP), agency personnel encountered over 172,000 migrants at the Southwest border in March.

Chad Wolf, former acting secretary of the Department of Homeland Security, expressed concern over the vice president's apparent handling of the ongoing migrant crisis during a Tuesday news conference organized by The Heritage Foundation, a conservative think tank.

"I’d say the vice president, if she's actually addressing this issue, needs to do both, needs to go to the border, needs to understand the conditions that are being experienced, needs to understand and talk to the men and women of the Border Patrol, she needs to hear firsthand what they're experiencing, because it’s all interrelated," the former Trump administration official said, as reported by Fox News.

When asked last month whether the vice president has plans to visit the US-Mexico, Harris' spokesperson Symone Sanders told reporters "[t]he vice president is not doing the border," but "will be speaking with leaders" from the Northern Triangle and Latin America.

"You can’t talk to Northern Triangle countries, or to Mexican officials, without understanding the pressures and the situation and atmosphere on the border," Wolf claimed.

Ken Cuccinelli, another Trump-era official who served as both acting deputy secretary of the DHS and head of US Citizenship and Immigration Services, also expressed doubt about the Biden administration's ability to tackle the surging migrant crisis.

"This is a political hot potato within the administration, none of them want it," he asserted. "That’s why the president tossed it to the vice president, that's why he hasn’t visited the border even though he has caused the problem, that's why she won’t touch it, she won’t talk about it, she won't go to the border, she won’t go anywhere near it – because they're all more afraid of their radical left base than they are committed to solving the problem by a long shot."

The ex-DHS officials' comment on Harris' leadership comes days after it was announced Roberta Jacobson, special assistant to US President Joe Biden and coordinator for the Southwest border, would retire from her duties at the end of April.

According to US National Security Adviser Jacob Sullivan, the vice president will work with Secretary of Homeland Security Alejandro Mayorkas and Secretary of Health and Human Services Xavier Becerra to "rebuild" the US immigration system.

While Harris has yet to visit the US-Mexico border, she did speak with Mexican President Andrés Manuel López Obrador on April 9 and reportedly "reaffirmed the bilateral relationship with Mexico."

A White House readout of their phone call detailed that the two officials have agreed to tackle "the root causes."

On Friday, the US' outgoing Southwest border czar told Bloomberg that Washington will tap US companies to consider assisting in the administration's development plan, which includes focusing on hurricane-damaged agricultural land in Central America and Mexico.