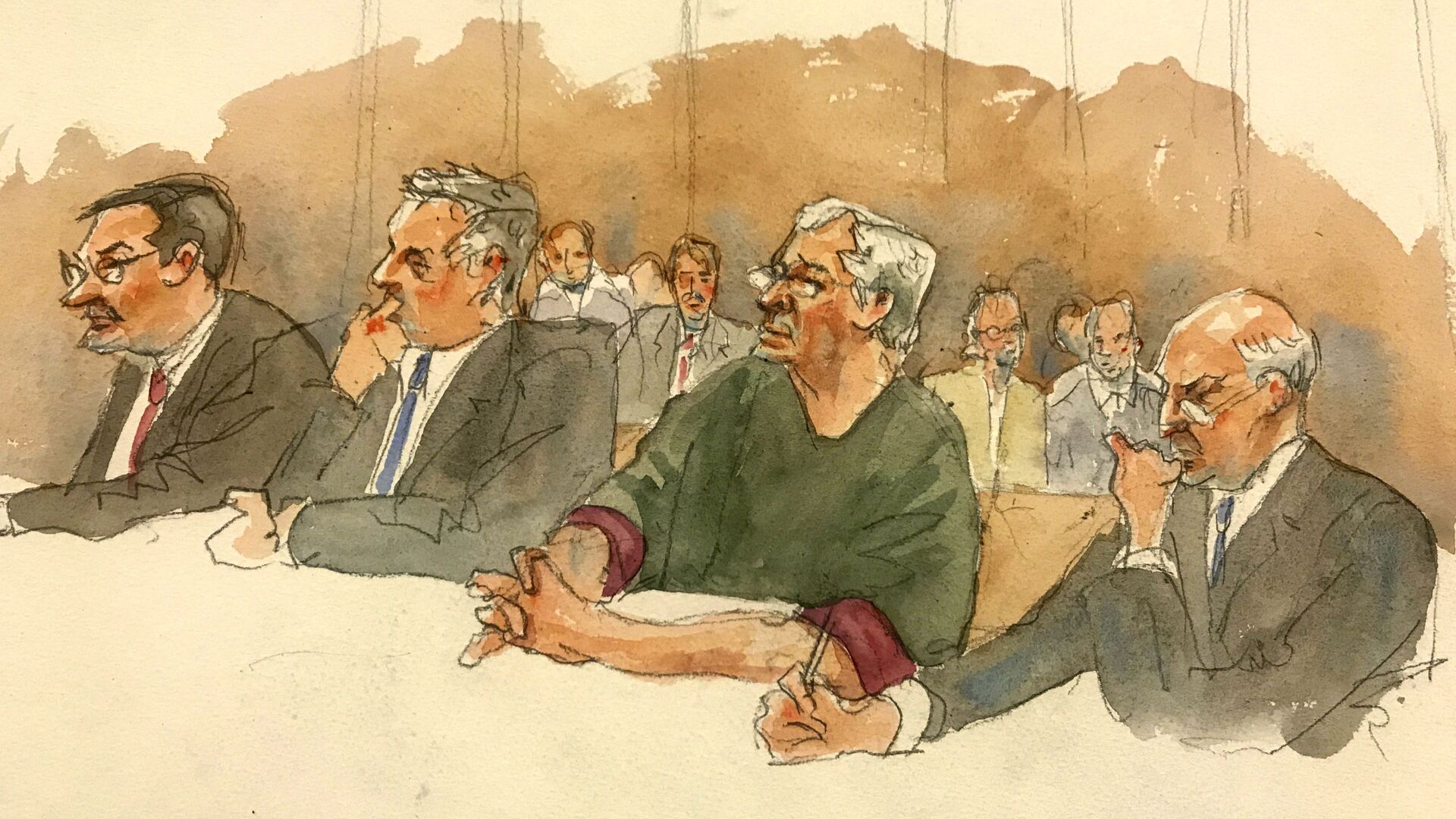 Igor Kuznetsov
All materials
The Norwegian newspaper Dagens Næringsliv earlier revealed a close relationship between Terje Rød-Larsen and Jeffrey Epstein that included money loans, donations and debt, which ultimately led to Rød-Larsen's resignation and cast a shadow over the International Peace Institute (IPI) he had been chairing.

After a number of publications about the relationship between disgraced financier and convicted paedophile Jeffrey Epstein and Norwegian politician and former UN Under-Secretary-General Terje Rød-Larsen, Dagens Næringsliv journalists have received death threats.

Journalists Gard Oterholm and Tore Gjerstad said in a internal report they had received several threats by phone and email.

In one of the telephone conversation, the voice allegedly said: “You are a f*****g c**t, you have people coming after you”. One of the e-mails said: “Be prepared, I would be scared if I were you.” Another one asked the reporter to “send regards” to a family member.

“There were many phone calls with harassing content. And then this email. And when a threatening person also involves family members, it makes the case extremely serious,” Dagens Næringsliv news editor Janne Johannessen told the news portal Media24.

The editor emphasised the seriousness of these threats.

“We believe that threats like these are completely unacceptable, and something we take very seriously. Working with sharp issues and covering conflict-filled issues is demanding in itself. No one should have to endure harassment and threats in connection with the journalistic work,” Johannessen said.

“Threats against journalists are ugly attempts to stop our critical journalism, and then it is all the more important that we continue to cover the events the way we would do otherwise. The revelations in this complex case and the consequences they have had are something we are very proud of,” she said.

The newspaper's string of revelations about the close relationship between Rød-Larsen and Epstein have had repercussions both in Norway and internationally. Dagens Næringsliv earlier established that Rød-Larsen had borrowed money from the financier in 2013, and that the New York-based International Peace Institute (IPI), which he had chaired between 2004 and 2020, received donations from foundations affiliated with Epstein. Furthermore, Rød-Larsen personally owed Epstein $130,000, which he himself called a “serious misjudgement”. Following the revelations, Rød-Larsen resigned as president of IPI, and the Office of the Auditor General has opened a full investigation into the Foreign Ministry's relationship with IPI.

Rød-Larsen is most known for his role in the negotiations that led to the Oslo Accords in the 1990s, which were the first-ever agreements between Israel and the Palestine Liberation Organisation (PLO). In 1993, Rød-Larsen was appointed Ambassador and Special Adviser for the Middle East Peace process to the Norwegian Foreign Minister, and the following year became the United Nations Special Coordinator in the Occupied Territories.

This is not the first financial scandal involving Rød-Larsen. In 1996, Rød-Larsen resigned as Deputy Prime Minister in the Jagland cabinet following revelations about his stock trading, as he failed to claim a profit of NOK 600,000 ($63,000) on his tax return and avoided paying any taxes on it.

However, following his resignation, he returned to the UN and again became Under-Secretary-General.

Convicted sex felon Jeffrey Epstein was charged with human trafficking and sexual exploitation of minors, but died in a prison cell on 10 August 2019 while awaiting trial on sex trafficking charges. Dozens of women accused him of abusing them as minors. Epstein's partner Ghislaine Maxwell currently stands accused of aiding and abetting the abuse.