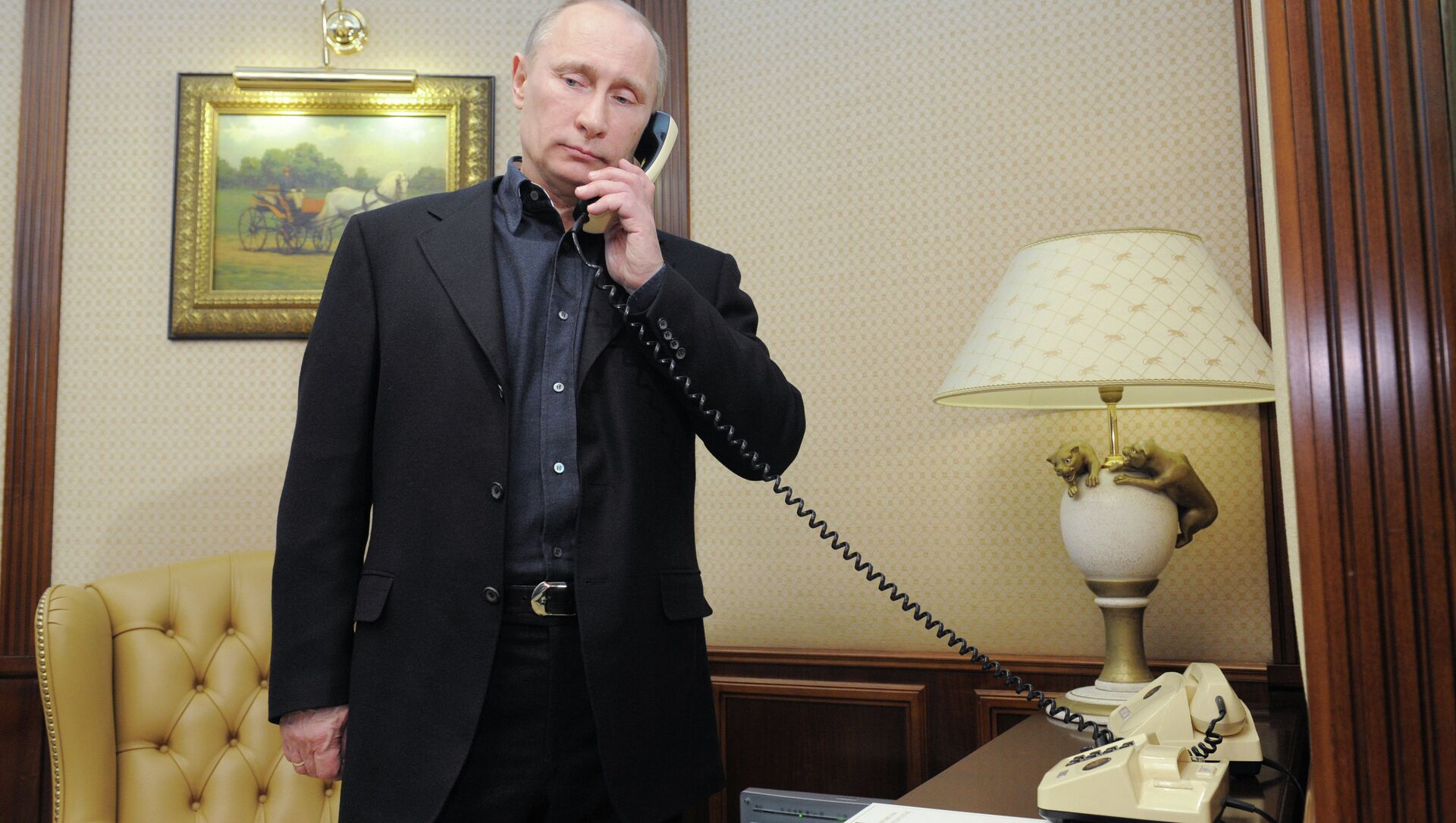 Ilya Tsukanov
All materialsWrite to the author
Russian President Vladimir Putin and his US counterpart Joe Biden held a telephone conversation on Tuesday. According to the White House account of the discussion, issues raised included strategic stability, Russia's alleged 'cyber intrusions' and election meddling, and America's "unwavering commitment" to Ukraine. A summit meeting was proposed.

Speaking to reporters on Wednesday, Peskov said the two men had agreed that the possibility of their meeting would be discussed through diplomatic channels. Moscow, he said, is only now starting to receive information about organisational and other aspects related to a possible summit.

"Before now there was simply a dearth of information about how it would take place, in what order, who would speak, who would chair it, what the outcome is expected to be, whether a final document would be issued, etc. We are just starting to get answers to all these questions; we are still studying them," the presidential spokesman said. He added that it was "too early" to discuss the proposed meeting's possible place and time.

Earlier Wednesday, Finnish media reported that Finland had offered to facilitate the meeting of the Russian and US presidents, and that Austria and Iceland had similarly offered their diplomatic services.

Commenting on the escalation of Russia-US tensions surrounding Ukraine, Peskov stressed that a de-escalation of the situation in the civil war-torn Eastern European nation would only be possible if the Ukrainian army indicated that it wouldn't engage in any provocative behaviour.

"We consider the 'expression of any concerns' from any side, including the United States, in connection with the movements of Russia's armed forces inside Russia, to be groundless. On the territory of Ukraine, de-escalation can only occur if the Ukrainian armed forces reject provocative actions," he said.

Earlier, the White House readout of Tuesday's telephone conversation between Putin and Biden said that the US president had "voiced" Washington's "concerns over the sudden Russian military buildup in occupied Crimea and on Ukraine's borders, and called on Russia to de-escalate tensions".

Kiev, Its Western Sponsors Will Be to Blame for Any Worsening of Situation in Ukraine, Moscow Says
Recent weeks have seen a major deterioration of the security situation in eastern Ukraine, with officials from the breakaway Donbass republics accusing Kiev of preparing for a new military offensive. Moscow has urged both sides to stick to the terms of the Minsk ceasefire. Washington, its NATO allies and Kiev have instead accused Russia of "aggression".

In his remarks Wednesday, Peskov also indicated that he would not comment on whether the Russian side would ask Biden to apologise over last month's remarks, in which he agreed with a journalist's characterisation of the Russian president as a "killer" and threatened to make him "pay a price" over alleged meddling in America's elections.

"I will leave this issue without comment," the spokesman said.

Finally, asked to comment on whether Alexei Navalny, the Russian opposition vlogger whom the US and its allies accused Moscow of poisoning, was brought up in the Putin-Biden telephone talks, Peskov said his name was not mentioned.

The United States and the European Union slapped Russia with new sanctions last month over the Navalny case. The opposition vlogger and anti-corruption activist collapsed on a domestic flight in Siberia last August, and was rushed for emergency treatment in the Siberian city of Omsk. At the request of his family, he was then transferred out of the country for further treatment at a hospital in Germany. German authorities then claimed that doctors had found traces of a deadly nerve agent in his system, going on to accuse the Kremlin of poisoning him. Moscow denied the allegations, saying no toxic substances had been found in his system at the time of his treatment in Russia. Washington sought to use the Navalny situation to poison Russian-European relations, and called on Western European nations to cancel construction of the Nord Stream 2 gas pipeline. Navalny returned to Russia in January and was jailed over multiple breaches of his probation in a 2014 fraud case.