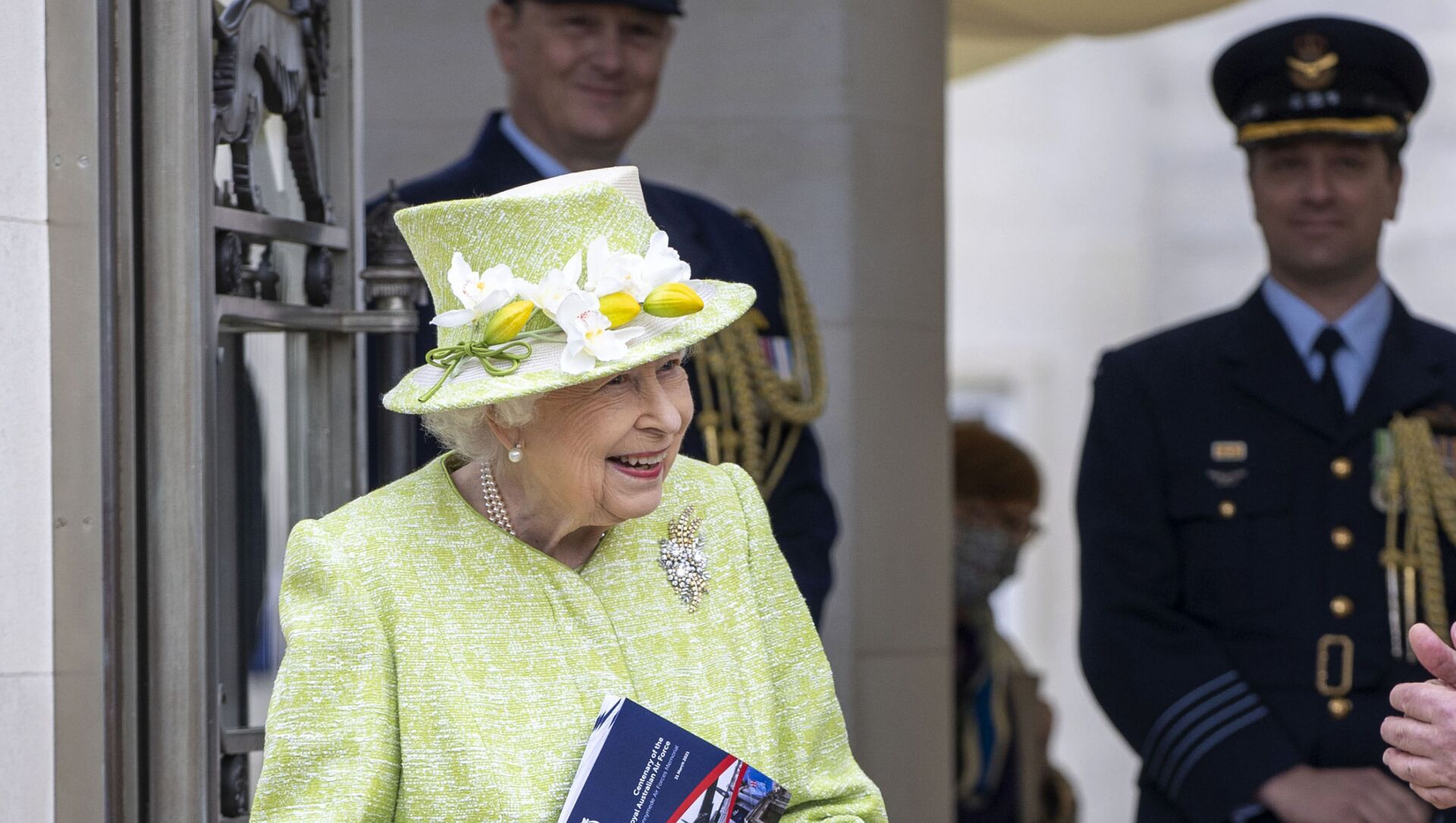 Aleksandra Serebriakova
Moscow-based Sputnik correspondent specializing in foreign affairs.
All materialsWrite to the author
The Duke of Edinburgh, Queen Elizabeth II’s husband and the longest-serving royal consort in British history, died on Friday at the age of 99. The UK has now entered a period of national mourning that will last until Saturday 17 April, when the royal funeral will take place.

The Queen is already taking part in in-person royal engagements, just few days after her beloved husband of 73 years – her “rock” as Prince Harry has put it – passed away on Friday.

But duty can’t wait. On Tuesday, the Queen hosted a ceremony for the retirement of the Earl Peel, who stepped down as the royal household’s most senior officer Lord Chamberlain.

William Peel held the position for over 14 years and was actually overseeing a so-called “Operation Forth Bridge” – a detailed plan for Prince Philip’s funeral. Now the arrangements will be handed over to his successor Andrew Parker, Baron Parker of Minsmere, who took up the new role on 1 April.

According to the Court Circular, the list which reveals events attended by the Queen and other members of the royal family, the private ceremony for Earl Peel’s retirement was held at Windsor Castle on 13 April. 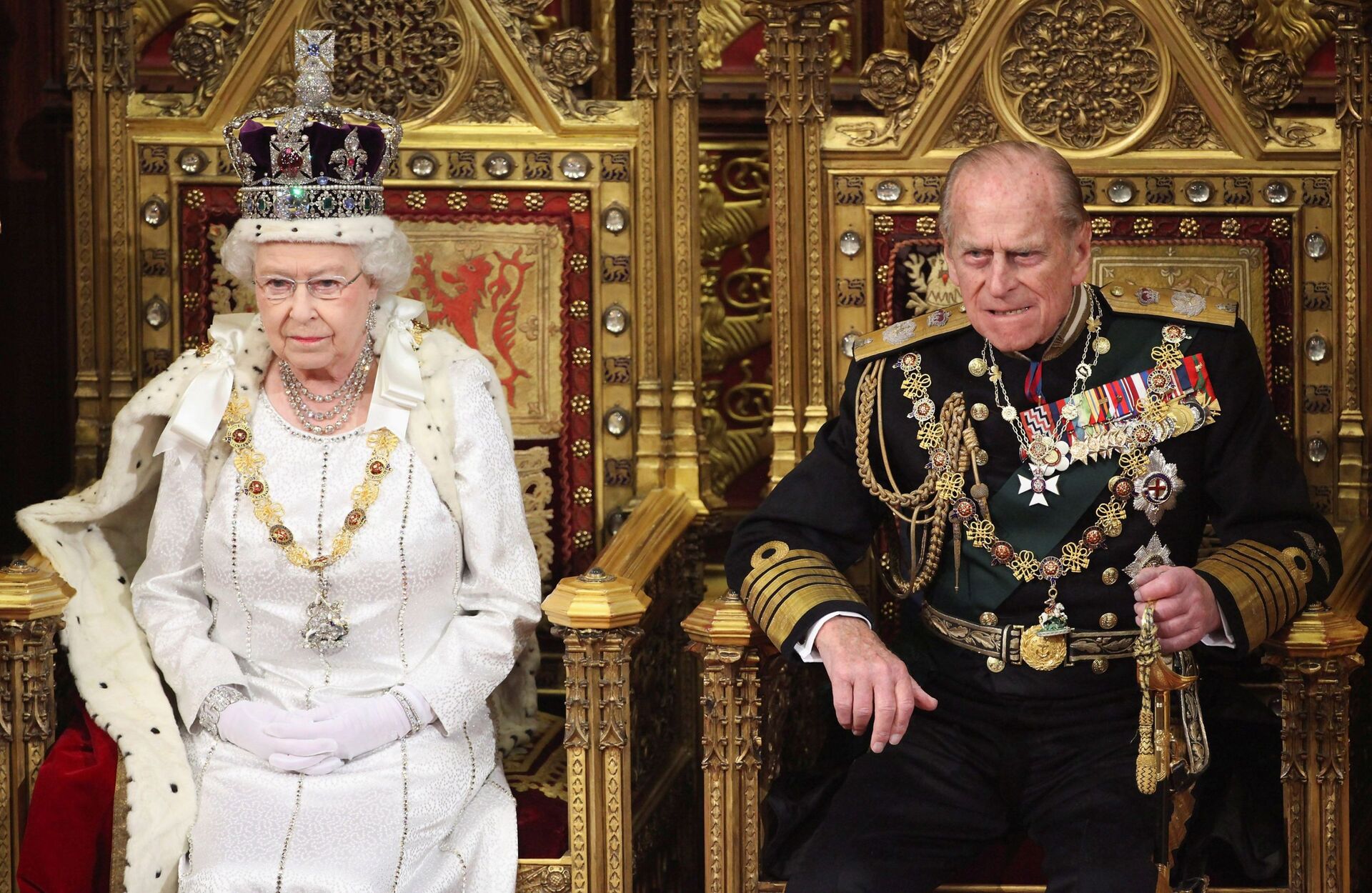 During the event, the former staffer has “delivered up his Wand and Insignia of Office as Lord Chamberlain and the Badge of Chancellor of the Royal Victorian Order” to the Queen, while relinquishing his appointment.

The Royal Family is now observing two weeks of mourning following Prince Philip’s “peaceful” passing at Windsor Castle on Friday. Despite the mourning, carried out by the family and their households, the royals will still “continue undertaking engagements appropriate to the circumstances,” Buckingham Palace announced.

As such, Princess Anne has already taken part in the Royal College of Emergency Medicine's Spring Conference, albeit via video-link. 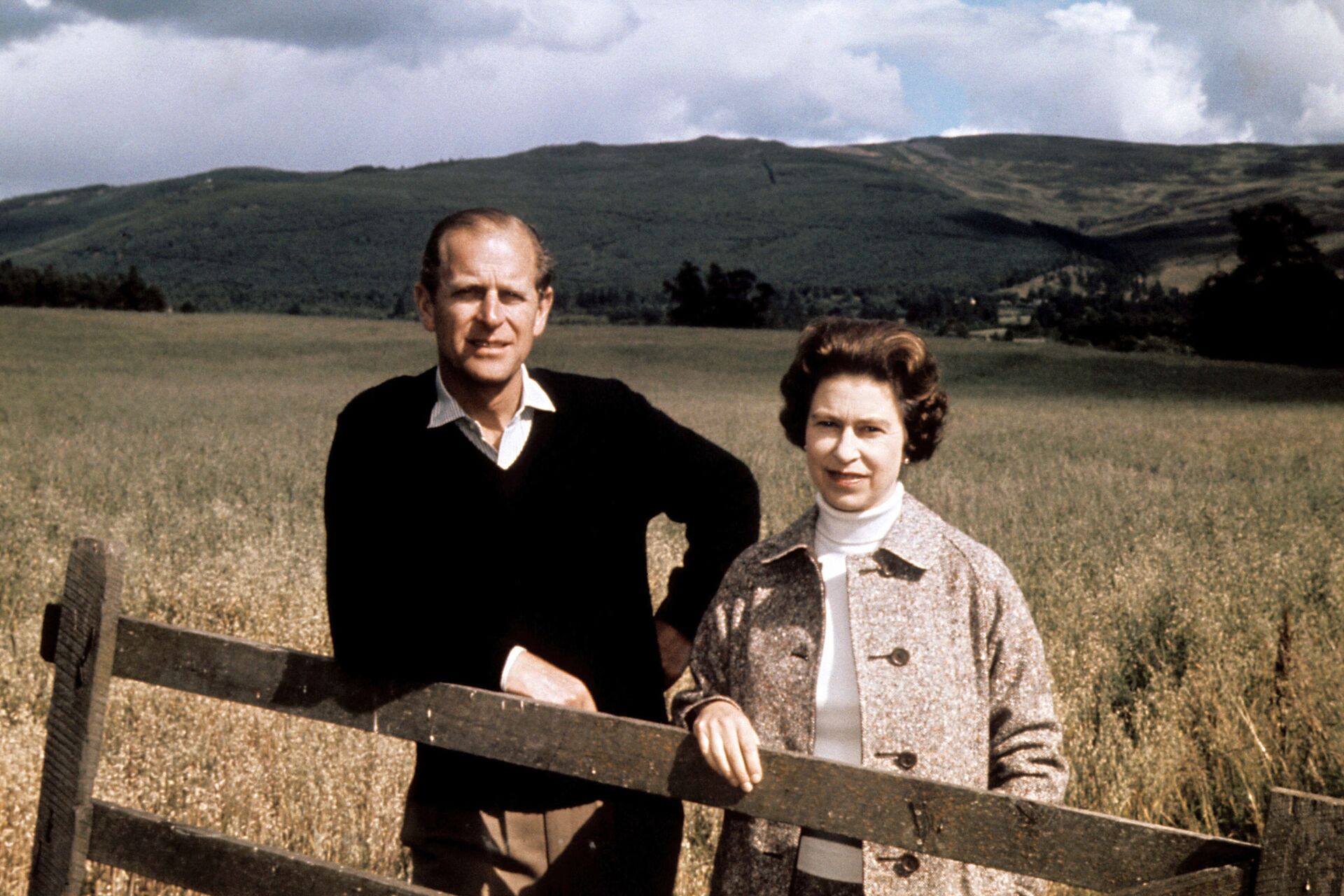 In this 1 September 1972 file photo, Britain's Queen Elizabeth II and Prince Philip pose at Balmoral, Scotland, to celebrate their Silver Wedding anniversary. Prince Philip, the irascible and tough-minded husband of Queen Elizabeth II who spent more than seven decades supporting his wife in a role that both defined and constricted his life, has died, Buckingham Palace said Friday, 9 April 2021.
© AP Photo

Prince Philip’s children, grandchildren and great-grandchildren will all come together on 17 April for his funeral in St. George’s Chapel. Even former senior royal Prince Harry, who now resides in Los Angeles with pregnant wife Meghan and son Archie, came home to say his last goodbye to his grandfather.

According to the Duke of Sussex, Prince Philip was “cheeky” right until the end.

Prince Charles Can Replace 'Black' Father Philip as 'True Messiah' Among Pacific Worshippers
"He has been a rock for Her Majesty The Queen with unparalleled devotion, by her side for 73 years of marriage, and while I could go on, I know that right now he would say to all of us, beer in hand, ‘Oh do get on with it!’," Prince Harry said in a statement, shortly after landing in the UK.

His older brother Prince William added that although he “will miss” his grandfather, Prince Philip would have wanted the family “to get on with the job”.