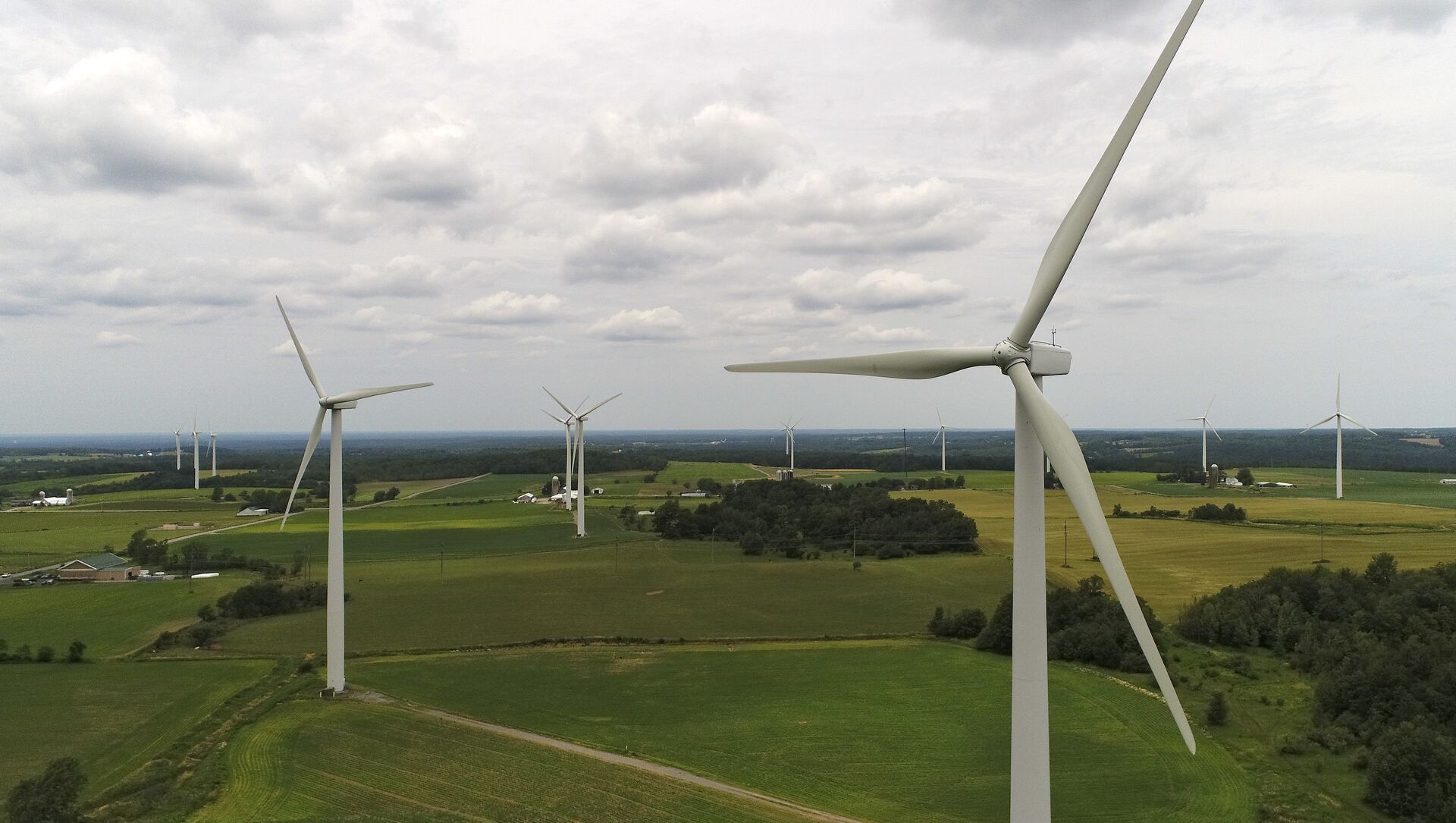 Ekaterina Blinova
All materialsWrite to the author
The Republicans are unnerving their political opponents by throwing cold water on Joe Biden's $2 trillion infrastructure initiative. While the Democratic leadership is rushing to adopt the "once-in-a-generation" plan as soon as possible, the GOP is attempting to put the breaks on it. What's behind the Republicans' 'stubbornness'?

On Monday, Joe Biden met with a bipartisan group of lawmakers seeking to find common ground on his bold $2.3 trillion infrastructure bill. The president earlier made it clear that inaction is not an option and that the Democrats are ready to pass the bill along party lines. GOP senators called the meeting a "good discussion", signalling, however, that doubts still persist within their ranks.

Preaching at the Republicans for resistance to embrace the $2.3 trillion project, The Atlantic says the GOP is "voting against its base", adding that the new administration's federal programme "directly benefit" many Republican constituents.

·         79 percent of Americans supported a government refurbishment of US roadways, railroads, bridges, and ports;

·         68 percent embraced an initiative to replace every lead pipe in the country;

·         71 percent endorsed a plan to increase access to high-speed internet across the US;

However, when it comes to the Biden infrastructure plan, only 45 percent of Americans are ready to embrace it, with 27 percent of respondents opposing the package and the remaining 28 percent saying they were not sure. This discrepancy was probably triggered by deep partisan divisions, Reuters suggested earlier this month.

Why is the GOP Opposing Biden's Infrastructure Plan?

First of all, the Republicans say that Biden's "now-or-never" plan is not all about infrastructure. Just 5-6 percent of the package will be spent on roads, highways, and bridges, while the rest will go to a whole set of unrelated items including non-fossil fuel energy, electric transportation, childcare, eldercare, agriculture, housing, schools, and land protection.

President Biden’s “infrastructure” package only invests about 5% of his massive $2.3 trillion proposal on modernising roads, bridges and highways.

​Second, the urgency of such a huge spending seems questionable. The US infrastructure is not "crumbling" for want of federal dollars, being, in general, basically fine, argues National Review, citing 2019 and 2020 studies. Not that there is no room for improvements, but they should be addressed in a more targeted way, the magazine offers, adding that "after a year of nonstop COVID relief, 13-figure spending projects should not be taken so lightly". All in all, $2.3 trillion is nearly half of what the entire federal government spent in 2019.

​Third, most of the country's genuine infrastructure issues are best handled at the state and local level, rather than by having the federal authorities subsidise "politically preferred projects", believes National Review. In fact, the states should either fund their infrastructure with taxes and user charges or privatise them, opines the Cato Institute's Chris Edwards.

​Thus, AT&T, Verizon, and other corporations invest more than $50 billion a year in broadband; GE and Siemens generously fund wind power projects; and Tesla and General Motors are spending billions of dollars on electric vehicles. To date, Tesla has built 2,500 EV charging stations and will build even more if demand soars. For comparison's sake, the US' 136,000 gas stations were built by the private sector.

Frozen wind turbines, cloudy skies, and record cold temperatures may have massive parts of the US wishing they had more natural gas power generation. https://t.co/TyCoP0t8hs

​Fifth, spending billions on EVs and the related charging infrastructure would not make the environment cleaner, argues the Manhattan Institute's Jonathan Lesser: given the current mix of generating plants, EVs will increase in emissions of sulfur dioxide, oxides of nitrogen, and particulates compared to new internal combustion vehicles. Biden's $100 billion "clean" energy project would not save the planet either: even if the US eliminates every last ton of greenhouse gas emissions, it won't affect the climate given that other nations continue to rely on coal-fired power plants, Lesser notes, citing US "climate czar" John Kerry.

The Paris Accord is “not enough,” Mr. Kerry said. “Not when almost 90 percent of all the planet’s global emissions come from outside U.S. borders. We could go to zero tomorrow and the problem isn’t solved.”

Talk about a wet blanket.https://t.co/FBAhEdFBr4

​Sixth, the president's plan to spend $40 billion on "America’s failed experiment in socialised public housing" prompts further concerns, according to the Manhattan Institute's Michael Hendrix. Testifying in the US Congress last month, Hendrix stated that "the country’s public housing… consistently fails to provide for the well-being of low-income residents": though varying in nature across the country, these complexes are "still far more dangerous and unhealthier than is otherwise typically found in the neighbourhoods in which they’re located".

​Seventh, while a considerable share of Biden's subsidies would go to big business, it appears "perverse" that at same time the president wants "to jack up corporate taxes", argues Cato's Chris Edwards: "Biden’s plan would be a giant, wasteful circular flow of money from corporations, through Washington, then back to favoured corporations."

Eighth, the president's intent to raise the federal corporate tax from 21 percent to 28 percent would slash long-run economic output by 0.8 percent, eliminate 159,000 jobs, and reduce wages by 0.7 percent, according to the Tax Foundation. It is also likely to decrease investment in fixed assets, including infrastructure, by more than $1 trillion. In addition to this, the US federal-state combined tax rate could go up to 32.34 percent, which is higher than every country in the OECD, triggering corporate inversions to lower-tax countries and backfiring on the US working and middle-class. (It is still doubtful that Treasure Secretary Yellen's global minimum corporate tax plan will fly, observers say.)

President Trump: Lowered the tax burden for millions of Americans.

Biden: Proposes the largest tax hike in decades during a pandemic while millions are unemployed.https://t.co/B4yrQ0g2YI

​Nineth, actually, the US infrastructure is most threatened not by any lack of funding but by an unwillingness to control costs, highlights Manhattan Institute fellow Connor Harris. Therefore, it is hardly surprising that American capital costs are much higher than the average for peer nations in Europe and East Asia. Previously, federal infrastructure funding only enabled this massive profligacy, he notes, insisting that the lack of cost control provisions in Biden’s plan offers no reasons to believe that this time it will be different.

Tenth, on the top of this, it appears that the federal government is trying to take over both state spending and business investment decisions, remarks Cato's Chris Edwards. While state and local governments are already morphing into "administrative arms of a giant national government," the US economy is doomed to stagnation if "more investment decisions are based on political whims and less on actual consumer needs", he forecasts.