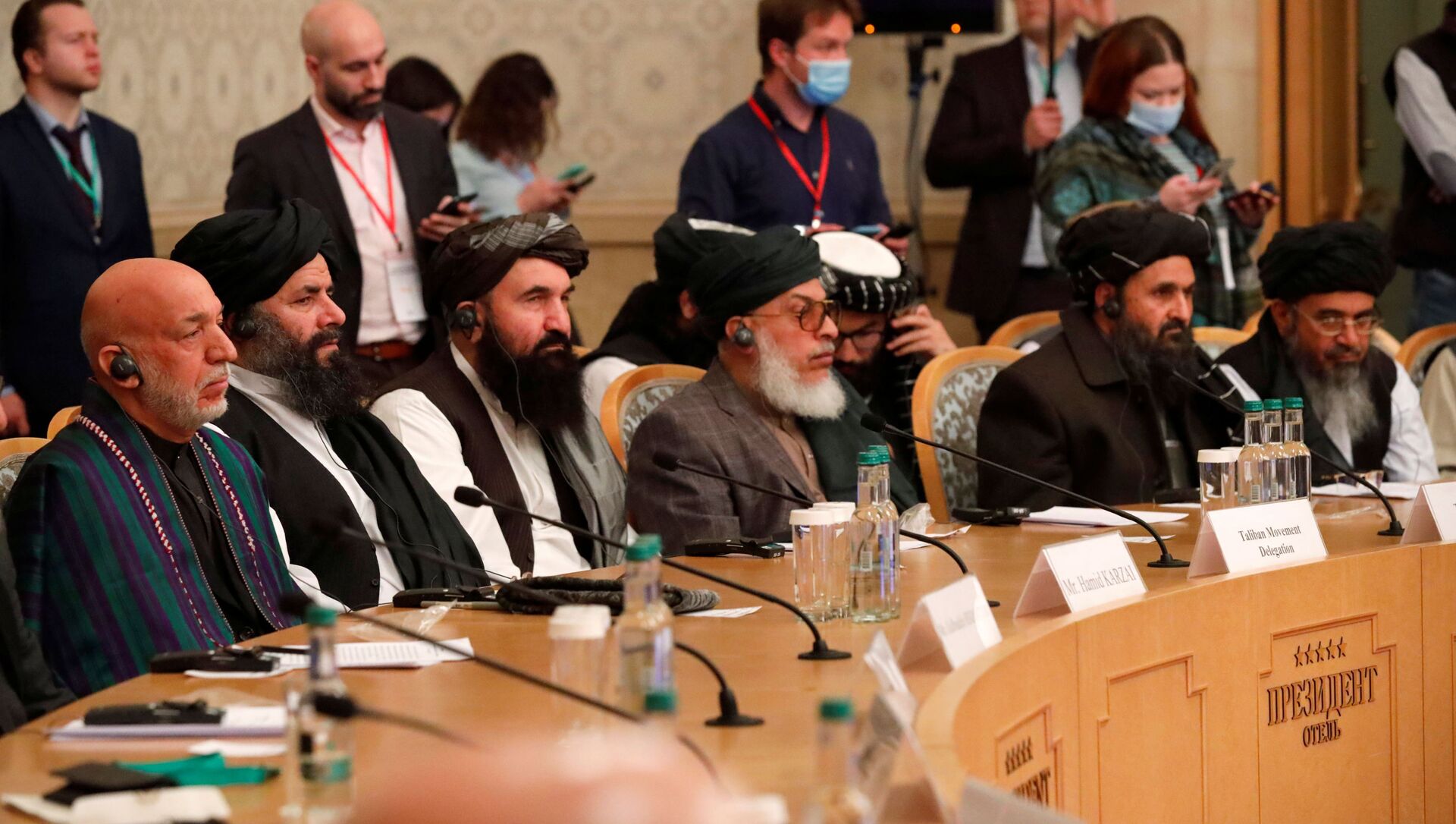 Morgan Artyukhina
All materialsWrite to the author
The Taliban militant group said Wednesday that it would not engage in any more diplomatic negotiations until all foreign forces leave the country. The comments come in the wake of reports US President Joe Biden intends to abandon the May 1 withdrawal deadline for US forces.

"Until all foreign forces completely withdraw from our homeland, the Islamic Emirate [of Afghanistan] will not participate in any conference that shall make decisions about Afghanistan," Dr. Muhammad Naeem Wardak, the spokesperson for the Taliban's political office in Doha, Qatar, said on Twitter early Wednesday morning.

His comments come in the wake of news reports in US media that Biden intends to delay the final withdrawal of US troops from Afghanistan until September, 11, 2021, which is the 20th anniversary of the 2001 terrorist attacks by al-Qaeda that killed nearly 3,000 Americans. The date the US and Taliban agreed upon in their February 2020 peace deal was May 1, 2021.

Biden's new date is symbolic: al-Qaeda's training grounds and headquarters for the attack were in the Afghan mountains, and the US occupation war in Afghanistan began just weeks later, when it invaded to overthrow the Taliban government that had sheltered the terrorist group. The war has waged ever since, with deaths totaling in the hundreds of thousands, nearly all of them Afghan.

Also on Tuesday, the United Nations announced an Afghan peace conference had been scheduled from April 24 to May in Istanbul, Turkey, at which delegations from the Taliban and the US-supported Afghan government in Kabul are expected to sit for their own peace talks, which have been ongoing for months. However, a spokesperson for the Taliban's political bureau told Sputnik on Tuesday the group's attendance was in doubt.

Last month, US and European officials revealed to the New York Times that there were at least 1,000 more troops in Afghanistan than previously reported, putting the total at the time at roughly 3,500 troops. In addition, there are roughly 7,000 troops from NATO allies and US partners in Afghanistan, which the Taliban has said would be considered legitimate targets for attack if the US hasn't totally left by its May 1 deadline.

Biden has previously spoken dismissively of the February 2020 peace deal, saying in an interview last month it was "not a very solidly negotiated deal" agreed to by then-US President Donald Trump.

“We’re in consultation with our allies as well as the government, and that decision is in process now," he said about meeting the May 1 withdrawal date, which he admitted would be "tough" to meet. US military leaders have pushed back on the pace of the withdrawal, warning the Taliban could return to power or al-Qaeda could rebuild itself if a certain amount of US forces are not stationed in the Central Asian nation.