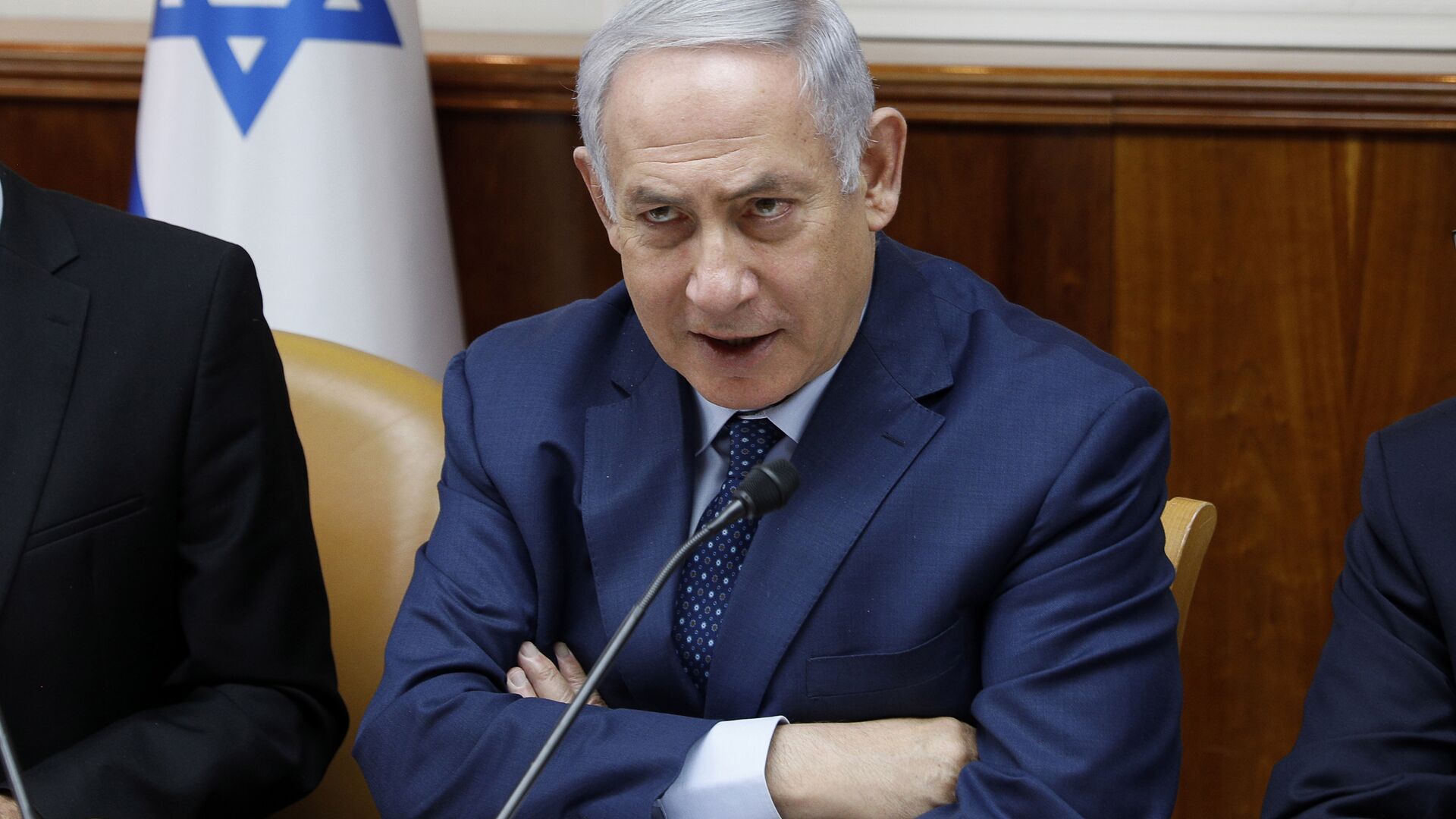 Ilya Tsukanov
All materialsWrite to the author
Tehran has accused Tel Aviv of being behind the apparent sabotage attack on the Natanz nuclear fuel enrichment plant, while Israel has not formally commented on the matter.

Israeli Prime Minister Benjamin Netanyahu should not have had the authority to approve the sabotage attack against Iran’s Natanz nuclear facility, former Israeli Defence Force Head of Military Intelligence Amos Yadlin has said.

“Sensitive operational actions with political and security implications involving potential escalation must be approved by the government. The cabinet can authorise the security cabinet to decide, and the security cabinet can authorise the prime minister and the defence minister. These processes did not happen, and the decisions were made while excluding all the decision-making bodies. Knesset oversight has not existed for a long time,” Yadlin wrote in a multi-part Twitter thread on Tuesday.

According to the retired military officer, the Natanz attack served to carelessly stoke tensions with the Islamic Republic, without coordinating with Tel Aviv’s American allies, and without actually improving Israel’s national security situation.

“Over the years that I have participated in discussions…on the approval of Israeli actions in an enemy country, we have been faced with three main considerations: the expected achievement, the enemy’s response and the potential for escalation, as well as implications for Israel’s relations with its vital ally,” Yadlin explained.

Zarif: Israel Played Very Bad Gamble by Sabotaging Natanz Nuclear Facility
“48 hours after the explosion at Natanz, it has become clear that the attack did not result in the end of Iran’s nuclear programme,” the former official continued, adding that in the wake of media reporting on Israeli involvement in the sabotage, including “irresponsible leaks” from inside Israel, Tel Aviv should brace for Iranian retaliation. He added, however, that this response would be “measured,” out of a desire on Tehran’s part to avoid further escalation.

Of greater concern, Yadlin said, is that the Islamic Republic can now be expected to “take defiant measures” in the nuclear field, expanding enrichment with advanced centrifuges and reducing international supervision of its nuclear programme.  “In the context of the negotiations, it is likely that Iran will harden its positions or even strengthen the hand of the Revolutionary Guards who have called on Iran not to return to the 2015 nuclear deal.”

The officer also warned that even if Israel informed the US ahead of time about its plans to sabotage Natanz, the timing was “not conducive to building trust” with the Biden administration, trust which he said is “essential to coordinating positions and safeguarding Israel’s interests.”

Netanyahu, Yadlin alleged, probably does not have an up-to-date strategy for conducting its Iran sabotage campaign in the Biden era, “and without a doubt, in the shadow of the political crisis [facing Israel], the essential discussions have not taken place.”

“Even taking a cautious view, it is doubtful whether we are not witnessing a political timing that influences the initiation of a security crisis with the goal of making it easier for Netanyahu to form another government. These are not the considerations that should inform such fateful decisions,” the officer concluded.

Yadlin served as head of the IDF military intelligence between 2006 and 2010 under Prime Ministers Ehud Olmert and Benjamin Netanyahu. Before that, he served as IDF attache to the United States, as a deputy commander of the Israel Air Force, and as chief of IAFs’ planning department. He is a veteran of the Yom Kippur War, the Israeli invasion of Lebanon, and Operation Tamuz – the 1981 operation which saw Israel bomb Iraq’s Osirak nuclear reactor. He now acts as executive director of Tel Aviv University’s institute for national security studies.

On Tuesday, Iranian Foreign Minister Mohammad Javad Zarif lashed out at Israel over its suspected role in causing the recent power outage at the Natanz nuclear facility, suggesting that “the Zionist regime” had gambled and lost with its decision to sabotage the plant. He stressed that the attack would strengthen its position at the ongoing nuclear talks in Vienna, and promised that “if it becomes known that the Zionist regime is responsible…they will be held accountable.”

Zarif also assured that Iran would be upgrading the Natanz facility with even more advanced uranium enrichment centrifuges.

Iran to Introduce 1,000 More Centrifuges at Natanz Nuclear Site, Raises Uranium Enrichment to 60%
Also Tuesday, Iranian officials confirmed to Iran’s Press TV that the country would begin 60 percent enrichment on Wednesday, tripling the 20 percent enrichment carried out before that time. Uranium with a purity of 80-90 percent is considered weapons grade.

Despite the enrichment activities, Iran maintains that it has no intention of pursuing nuclear weapons. The country eliminated its stocks of other weapons of mass destruction in the 1990s, and its religious leaders formally banned the pursuit of nukes shortly after the Iranian Revolution of 1979.