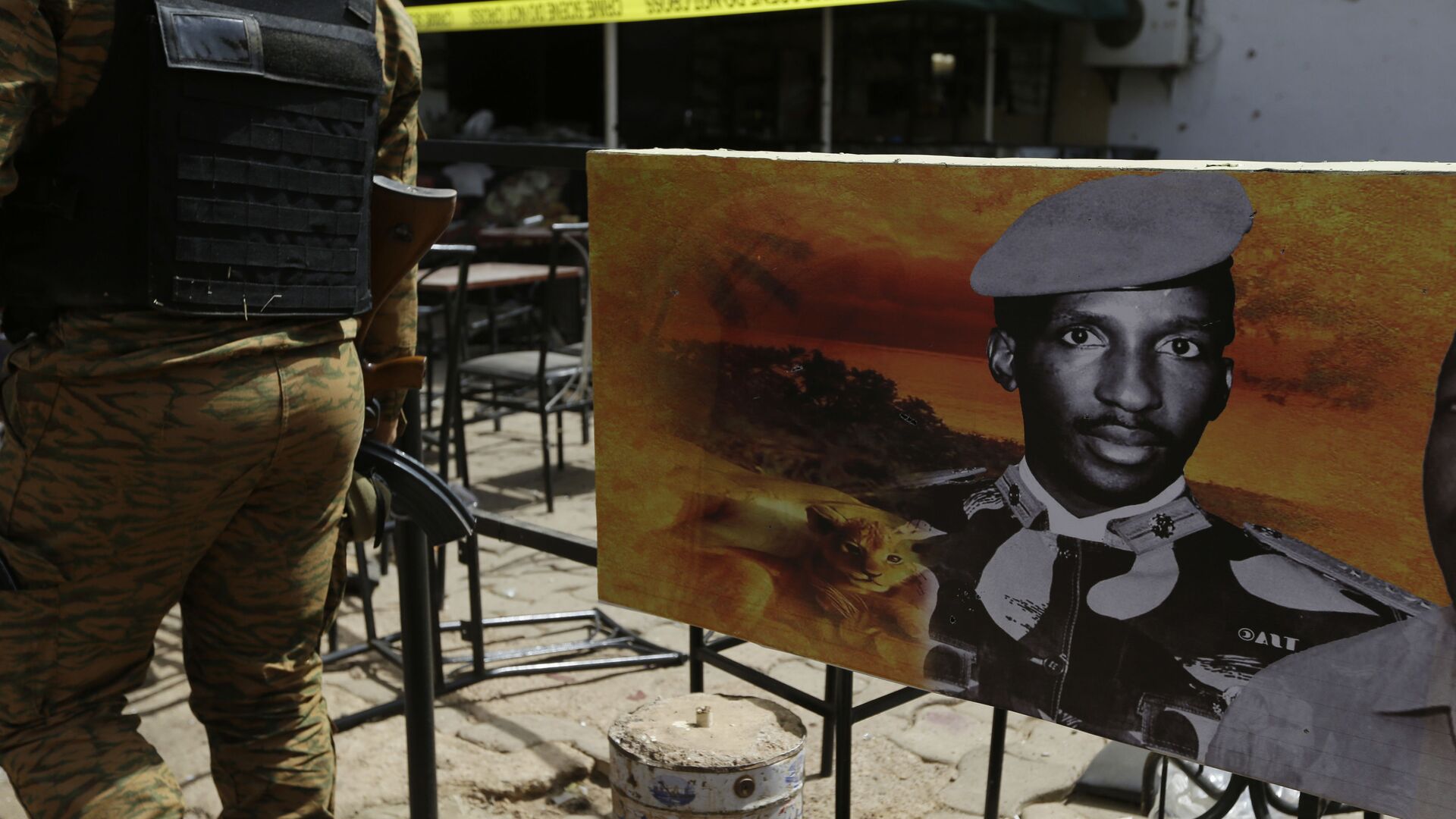 Morgan Artyukhina
All materialsWrite to the author
Before his 1987 killing, Burkinabe President Thomas Sankara predicted his defiance of the International Monetary Fund (IMF), debts to which he encouraged African nations to refuse to pay, would get him killed.

Blaise Compaoré, the ousted former president of Burkina Faso, has been charged alongside 14 other people in connection with the 1987 killing of his predecessor, the pan-African communist revolutionary Sankara.

According to court documents viewed by Reuters, a Burkinabe military tribunal has charged Compaoré with complicity in the October 15, 1987, assassination of then-President Sankara. The charges include undermining state security and receiving cadavers.

Among the others charged are Gilbert Diendéré, Compaoré’s former right-hand man who is presently in prison for a failed 2015 coup d’etat; Yacinthe Kafando, the former chief of presidential security chief who is believed to have led the hit squad that killed Sankara; and other figures such as Nabonsouindé Ouédraogo, Idrissa Sawadogo, and Yamba Elysée Ilboudo, CGTN reported. 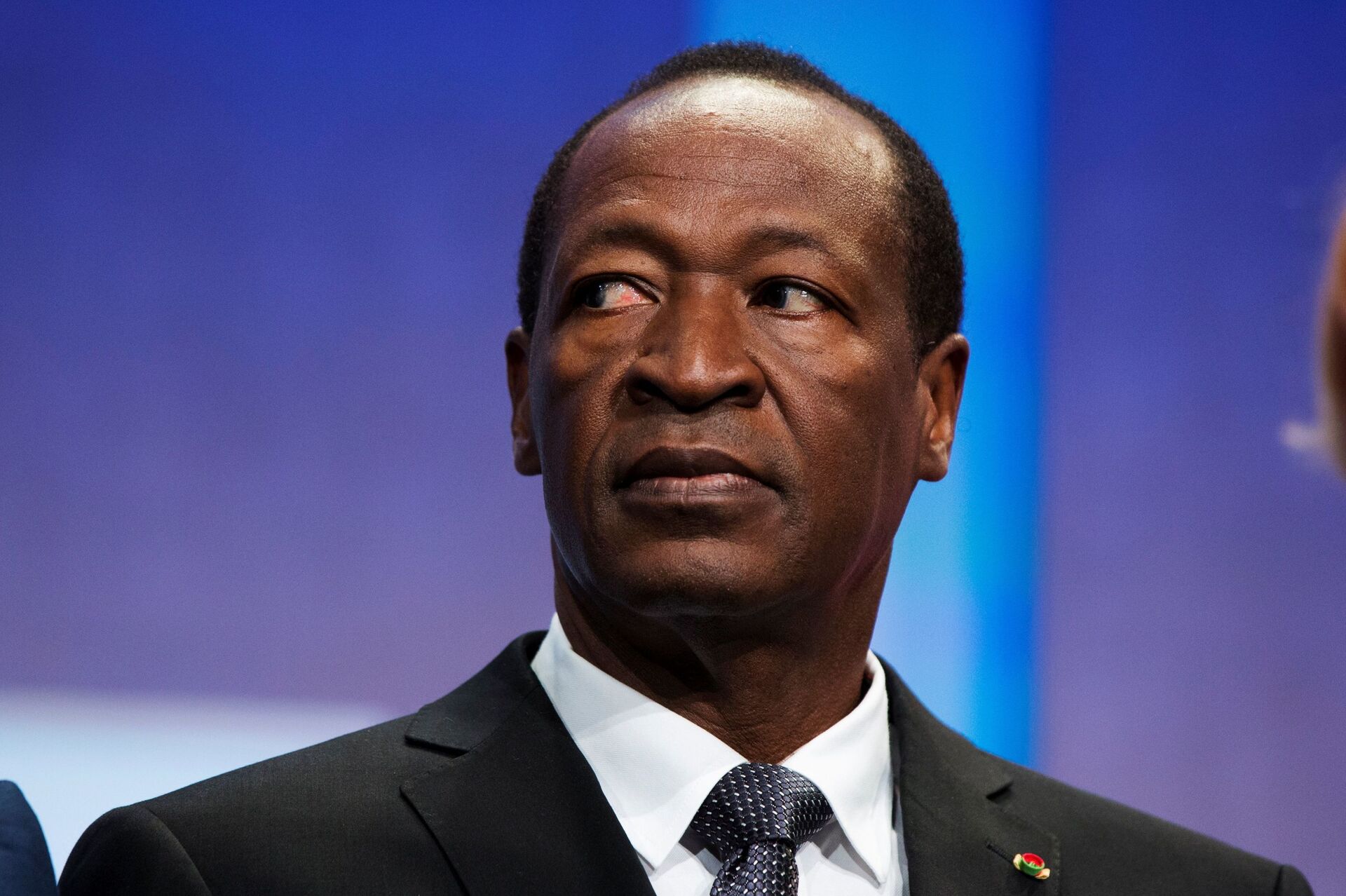 Compaoré has been in neighboring Cote D’Ivoire since being driven out of power by a popular uprising in 2014, and the Burkinabe government tried several times to extradite him in connection to Sankara’s death. He has denied any connection, although numerous testimonies say he was intimately involved with the overthrow.

In the aftermath, Compaoré assumed Sankara’s office and ruled Burkina Faso for 27 years, during which time he returned the country to the fold of its former colonizer, France, which is rumored to have played a role in Sankara’s overthrow. Burkina Faso has since become a major hub for France’s “forever war” in West Africa, Operation Barkhane, for which nearly 5,000 French soldiers have been deployed across several former French colonies in Africa.

When Compaoré was overthrown in 2014, the French Foreign Ministry hailed Burkina Faso under his rule as playing a “key role in guaranteeing regional stability and conflict resolution.” In the aftermath, Sankara’s wife, Mariam, traveled to Paris to ask the French government to release “declassified secret documents on the assassination of President Sankara, that could help us bring to light what happened.” An investigation was also opened in the capital of Ouagadougou that included exhuming what was believed to be Sankara’s body.

Sankara was appointed Prime Minister of Upper Volta in 1983 in a coup organized by Compaoré, a fellow soldier who had trained in Libya together. However, he was already well-known in Ouagadougou for heroism in a border war with Mali, for his staunch defense of progressive reforms as a part of prior administrations, and for being the lead guitarist in a popular jazz band called "Tout-à-Coup Jazz,” for which Compaoré was the singer.

A picture of Sankara and Compaoré on their return in Haute Volta now known as Burkina Faso. They started the communist officers groups.

These were young high trained officers who were revolutionaries and ready to build Burkina Fasom pic.twitter.com/k8LIX5CJbV

​In power, the charismatic Sankara plotted a pan-Africanist revolutionary path for the country that rejected help from Western institutions such as the World Bank and International Monetary Fund. He once mused that the only food aid appropriate to offer the arid country wasn’t bags of grain, but tractors, watering cans, and fertilizer. In the four years he was in power, he successfully realized the promise of two meals and 10 liters of water per person per day, expanding agriculture, reclaiming desert and making the country food self-sufficient.

To illustrate his commitment to these goals, Sankara lived a spartan life, reduced public figures’ salaries to be comparable to the average citizen’s and forced officials to live and travel without luxury.

He backed numerous social reforms as well, including banning both female genital mutilation and polygamy and triumphing the equal rights of women, and he started mass literacy campaigns that increased the country’s literacy rate from 13% in 1983 to 73% in just four years. He also pushed to spread basic medical care throughout the country, reducing infant and maternal mortality rates among other common killers.

He also renamed the country from Upper Volta, a French colonial name describing its location at the headwaters of the Volta River, to Burkina Faso, meaning “Land of Upright People.” He supported the revolutionary struggles of other peoples, including the Saharawi struggle for a Western Sahara independent of Spanish or Moroccan rule. For this, he is often called “Africa’s Che Guevara” after the Argentine-Cuban communist revolutionary.