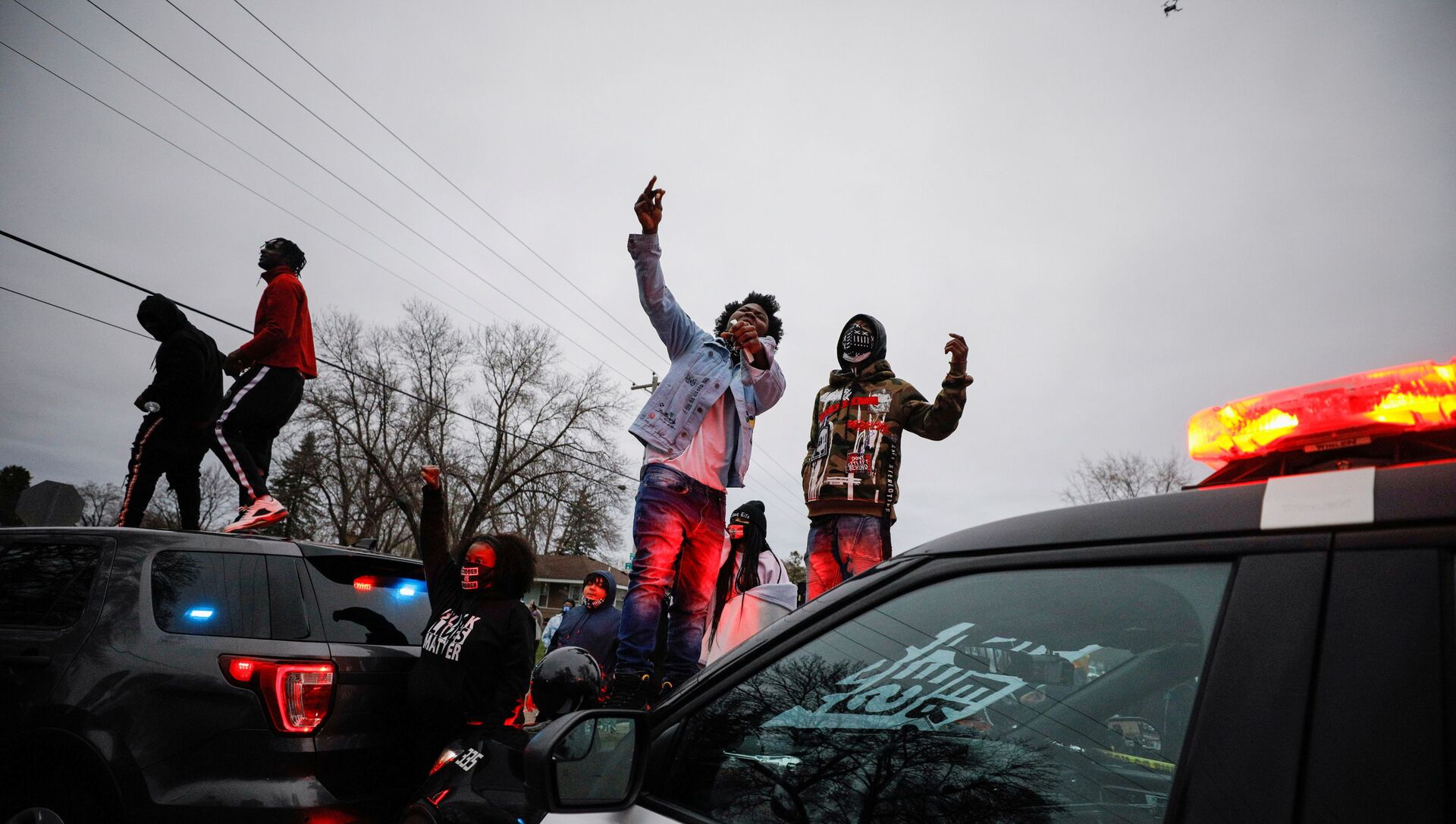 © REUTERS / NICHOLAS PFOSI
Subscribe
International
India
Africa
Gaby Arancibia
All materialsWrite to the author
Massive protests recently broke out in Minnesota after the fatal police shooting of Daunte Wright, a 20-year-old Black man who was instructed to pull over for a traffic violation. Reports later detailed that he was initially stopped for having air fresheners dangling from his rear-view mirror, which is illegal in the state.

Law enforcement officials with the Brooklyn Center Police Department announced on Monday that the officer involved in the fatal shooting of Wright deployed his firearm accidentally after repeatedly shouting, "Taser."

Tim Gannon, who serves as the department chief, told reporters during a news conference that the Sunday incident was an "accidental discharge," stating that the officer had intended to strike Wright with his department-issued stun gun, not his firearm.

"The officer had the intention to deploy their Taser but instead shot Mr. Wright with a single bullet," Gannon said, explaining he came to the conclusion after reviewing video footage from the scene and analyzing the officer's subsequent reaction to the shooting.

Graphic video footage of the incident captures the officer saying, "Holy s**t. I just shot him."

The officer has not been publicly identified and has been placed on administrative leave, in line with department protocol.

Reports of the air freshener violation were voiced by Wright's mother, Katie, who told reporters at the scene that she had received a call from her son in which he informed her that the fresheners were the root cause of the traffic stop.

A release later issued by the Brooklyn Center Police Department indicated that Wright was pulled over for an unspecified traffic violation, and that upon further examination, officers determined that there was an outstanding arrest warrant for Wright. The fatal scuffle broke out between Wright and the unidentified officer after officials attempted to take Wright into custody, and he sought to get back inside his vehicle.

In the wake of the fatal shooting, protests, violence and looting have broken out in Minnesota's Brooklyn Center suburb, which sits just 10 miles north of Minneapolis, where local resident George Floyd was killed at the hands of an officer in May 2020. 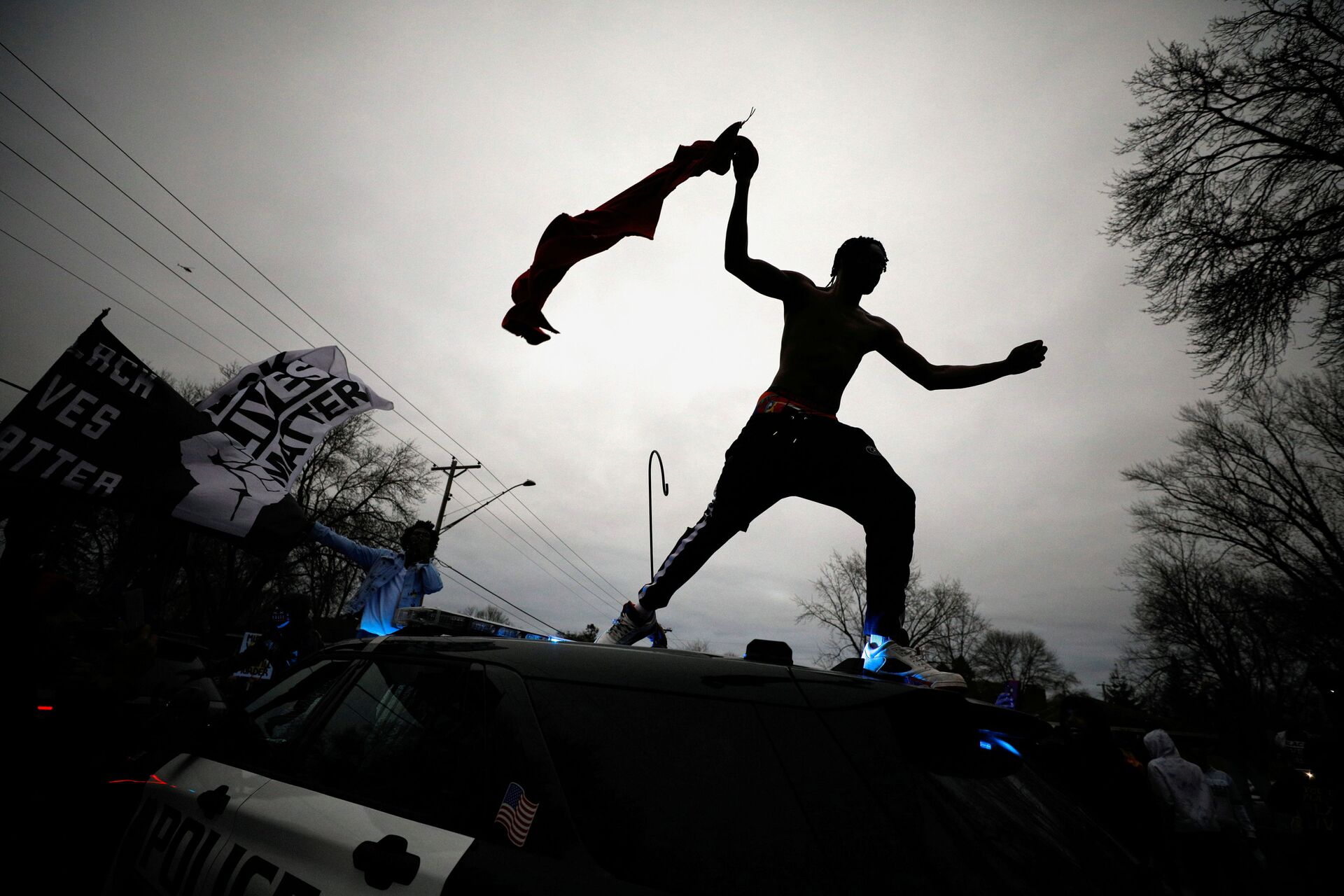 A demonstrator jumps off a police cruiser during a protest after police allegedly shot and killed a man, who local media report is identified by the victim's mother as Daunte Wright, in Brooklyn Center, Minnesota, U.S., April 11, 2021.
© REUTERS / NICHOLAS PFOSI

As a result of the protests, a curfew was imposed by city officials until early Monday, with the school district revealing that it would be holding classes virtually. It was later announced that a curfew would be imposed in Minneapolis, Brooklyn Park, St. Paul and Brooklyn Center from 7 p.m. local time to 6 a.m. Tuesday.

At the conference, Gannon reiterated to the public that protests and demonstration were welcomed, but urged community members against the intentional destruction of businesses. The latest development came as tensions within the Twin Cities region has remained heightened over the trial against the officers involved in the in-custody death of Floyd.

​The department chief stated that an independent investigation will be conducted by the Minnesota Bureau of Criminal Apprehension.