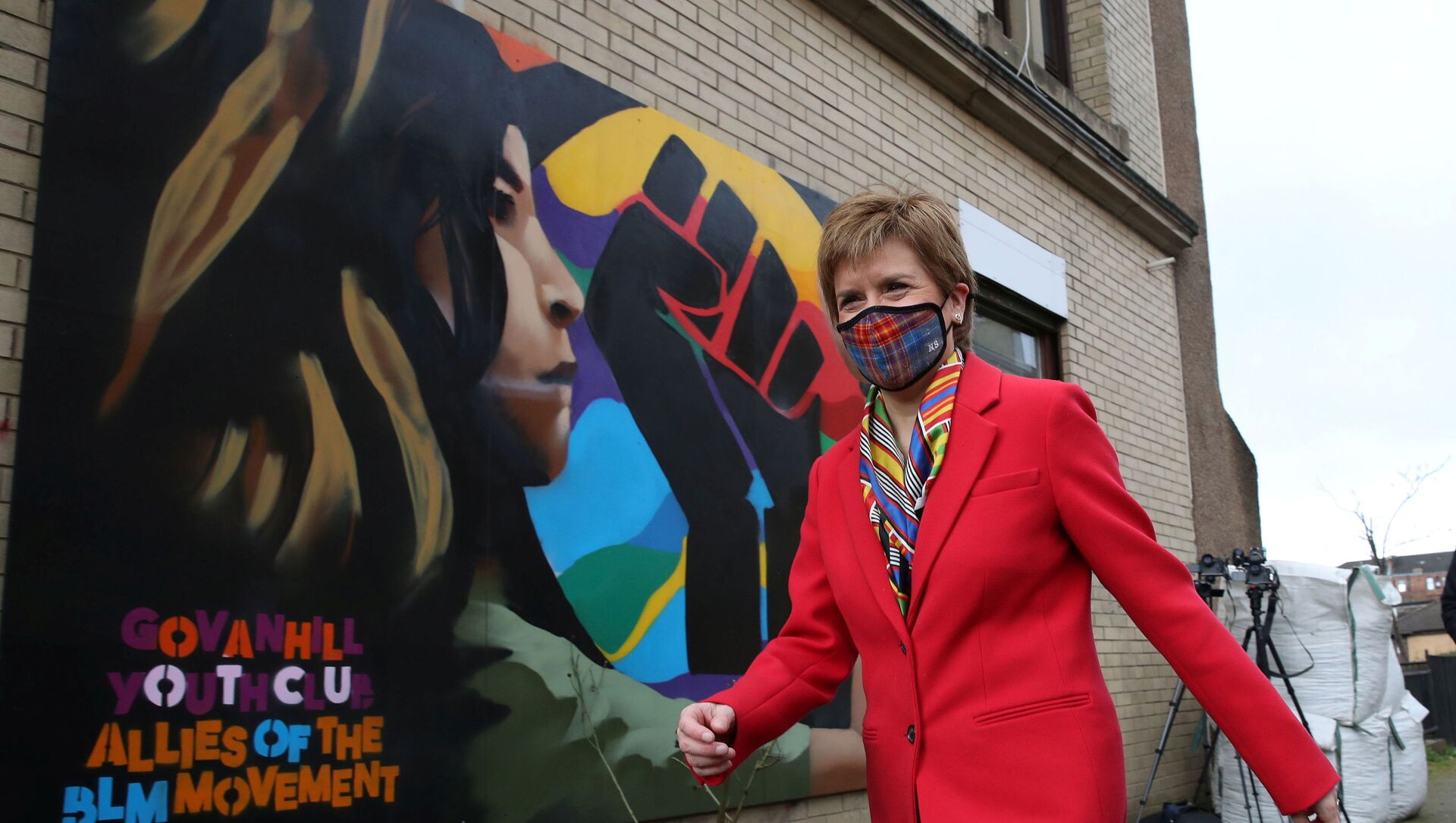 The recently-revived 'Feminist Declaration' from Beijing in 1995 urges governments to repeal the laws that currently make it illegal for adolescents — an age range including pre-teenage children — and those with learning disabilities to consent to sex.

The Scottish National Party's (SNP) devolved government at Holyrood funds, among many other entities, groups affiliated to an international lobby to lower the age of consent to pre-teen years.

Delegates to the women's conference of former SNP leader Alex Salmond's new Alba Party on Saturday heard that ILGA last year joined over 200 groups affiliated with the Women’s Rights Caucus in reviving an obscure 'Feminist Declaration' from the Fourth World Conference for Women in Beijing in 1995.

The declaration calls on governments to ”Eliminate all laws and policies that punish or criminalize same-sex intimacy, gender affirmation, abortion, HIV transmission non-disclosure and exposure, or that limit the exercise of bodily autonomy." That includes "laws limiting legal capacity of adolescents, people with disabilities or other groups to provide consent to sex”.

It also demands an end to "the criminalization and stigmatization of adolescents’ sexuality, and ensure and promote a positive approach to young people's and adolescents’ sexuality that enables, recognizes, and respects their agency to make informed and independent decisions on matters concerning their bodily autonomy, pleasure and fundamental freedoms."

The World Health Organisation (WHO) defines adolescents as children as young as 10, well below the age of consent of 16 in the UK. Under the 2005 Mental Capacity Act, adults with learning disabilities may also be deemed unable to consent to sex.

LGBT Youth Scotland gets more than half of its annual funding, around £1.2, from the Holyrood government, local councils and the National Health Service. SNP Westminster MP and foreign affairs spokesman Alyn Smith was a director of the organisation from 2012 to 2017, prompting a Freedom of Information request over possible conflict of interest. The government is also a paid-up member of Stonewall Scotland and funds the organisation in other ways.

Stonewall Scotland denied that it was campaigning to lower the age of consent — but not that it was affiliated to ILGA or that ILGA had signed the declaration.

​ILGA reportedly grew out of the International Gay Rights Congress, brought together in Edinburgh in 1974 by a group of people that included Scotsman Ian Dunn, who co-founded the Paedophile Information Exchange (PIE). PIE unsuccessfully campaigned to lower of the age of consent to four, and helped its membership, many of whom were youth or care home workers, to contact each other via adverts in its magazine Magpie.

Another key PIE member, Tom O'Carroll, was convicted in 1981 of conspiracy to corrupt public morals over contact ads in Magpie. In 2002, he was convicted of importing indecent photos of children from Qatar, and in 2006, of distributing such images.

PIE was said to have been disbanded in 1984, after it was reported that one of its two former executives had been convicted on child pornography and one of its leaders had fled the UK while on bail.

SNP Reported to Police for Alleged Fraud Over 'Missing' £600k in Donations
Under Scottish First Minister Nicola Sturgeon's leadership, the SNP has increasingly sought to re-brand itself as backing what are frequently described as socially-liberal causes, including LGBT inclusion and allowing transgender people to change legal gender documentation on the basis of 'self-identification' — without confirmation from the medical community.

Many feminists oppose that on the grounds that it threatens the integrity of female-only spaces such as public toilets, changing rooms and prisons, where women have repeatedly been raped by male-bodied sex offenders who identified as women.

Even before British Prime Minister Boris Johnson's Conservative government in September 2020 dropped his predecessor Theresa May's plans to change the law to allow gender self-identification, the SNP was preparing a bill to make it legal in Scotland.

In March, SNP chief whip in Westminster Patrick Grady resigned after being accused of groping two male members of staff in a West End nightclub, one of whom was 19 at the time.

Sturgeon's former finance minister, Derek MacKay, was forced to  resign in February 2020 after he sent inappropriate text messages to a 16-year-old boy. MacKay is still drawing a salary as a member of the Scottish Parliament, however, despite not being in attendance for debates or votes.