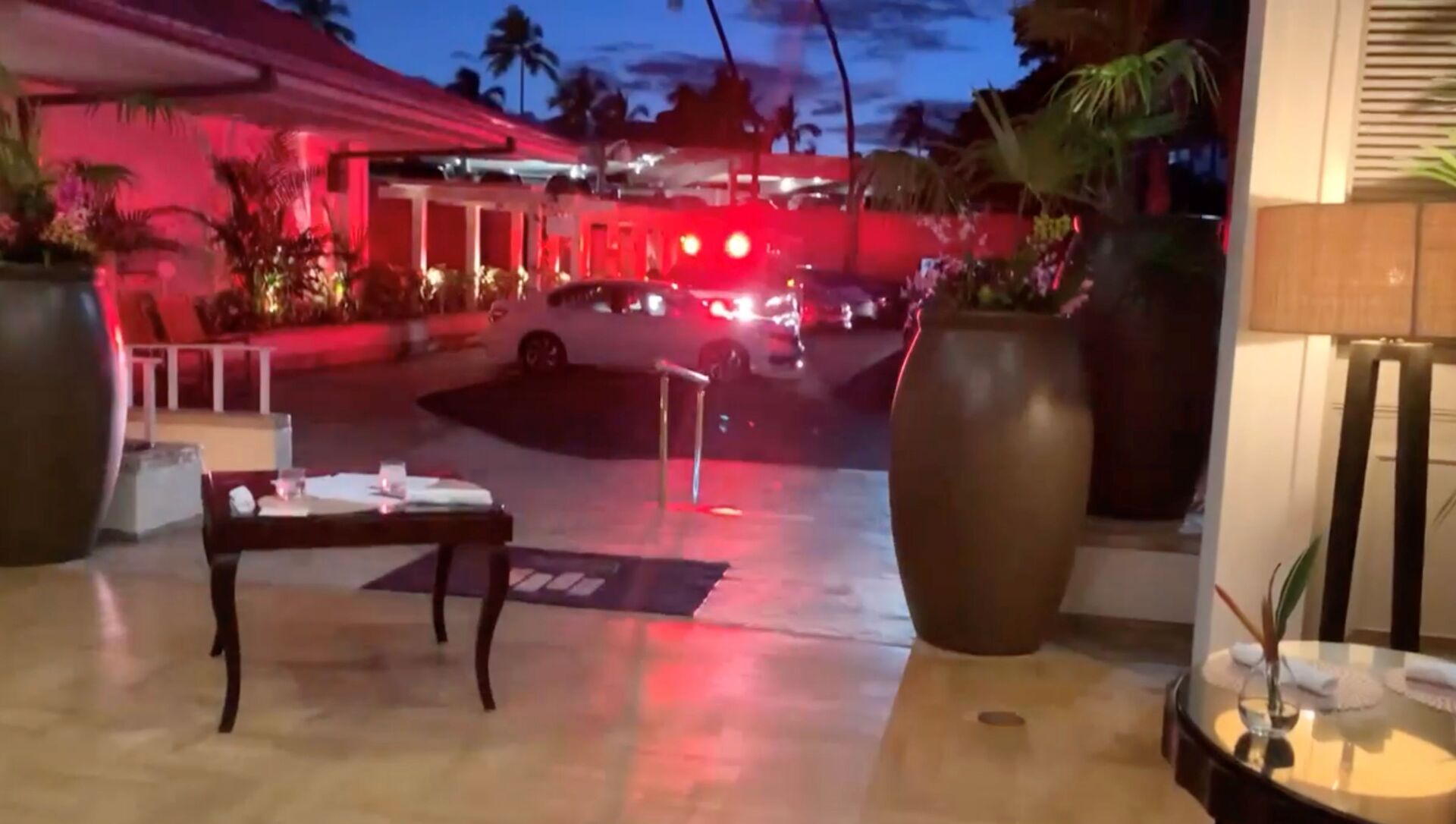 Henry Batyaev
All materialsWrite to the author
A guest at the Kahala Hotel & Resort in Honolulu, Hawaii, presumably a US Navy member, opened fire at security staff earlier today and barricaded himself in his room, forcing the police to evacuate the entire floor and move others to the ballroom. No one was hurt in the incident.

The man who barricaded himself at the after firing shots at security guards has committed suicide, a reporter with local channel KITV4 said on Twitter.

At about 6 p.m. local time, the man used his firearm, prompting the police to usher the guests into the ballroom and evacuate the lodgers from the fourth floor, where the shooter was staying.

​The man, who was reportedly a Navy member from Oahu, barricaded himself in the room. He fired several other rounds, but nobody was injured.

"We're just waiting for the suspect to give up", Police Capt. Brian Lynch told reporters.

​The motives of the shooter are unclear at present. He was reportedly staying with his family, but they are not in the room with him and are unharmed and assisting the police.