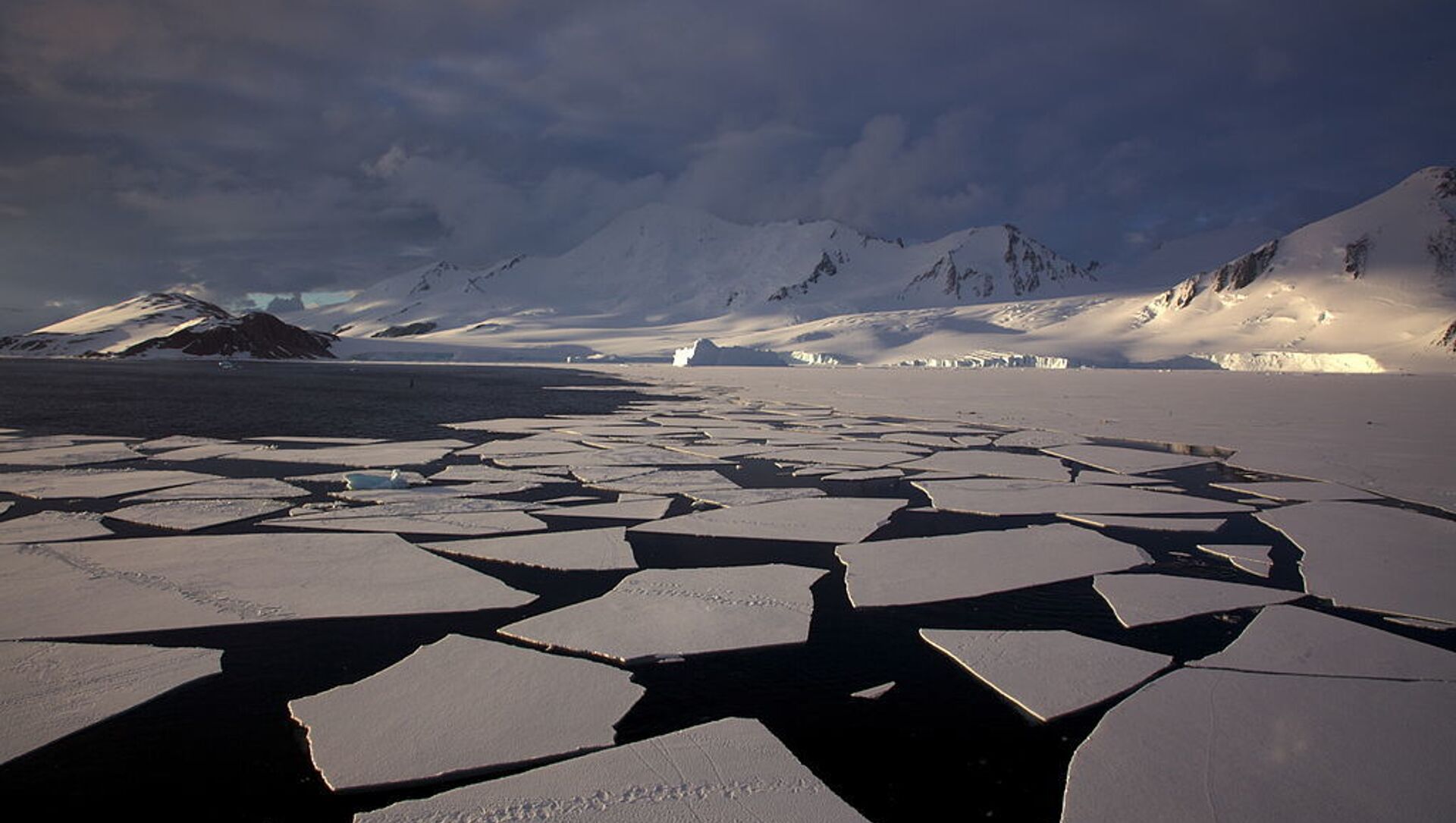 CC BY 2.0 / Jason Auch / Antarctic mountains, pack ice and ice floes
Subscribe
International
India
Africa
Lilia Dergacheva
All materialsWrite to the author
Ice shelves are critical for keeping the typical Antarctic landscape balanced, as they prevent water from excessively flowing into the oceans, which would cause global sea levels to skyrocket.

Chances are that over a third (67 percent) of the Antarctic ice shelf will collapse into the sea should global temperatures surpass pre-industrial levels by 4 degrees Celsius, which is 7.2 degrees Fahrenheit, a new study from the UK's University of Reading warns. The findings have been published in the journal Geophysical Research Letters.

In it, scientists explain how crucial ice shelves – ice platforms floating near the coastline -  are, as they act like a dam, slowing the pace of ice melting and water uncontrolledly flowing into the water reservoirs.

"Ice shelves are important buffers preventing glaciers on land from flowing freely into the ocean and contributing to sea level rise. When they collapse, it's like a giant cork being removed from a bottle, allowing unimaginable amounts of water from glaciers to pour into the sea", study lead author Ella Gilbert, a climate scientist at the University of Reading's Department of Meteorology, explained in a follow-up statement.

Gilbert detailed to CNN, what a significant danger this poses to low coastal localities, like for instance, South Pacific island states such as Vanuatu and Tuvalu.

Over the summer, the surface ice on those shelves melts, soaking into smaller gaps in the snow below, where it usually freezes anew.

Yet, in the event of larger-scale melting and little snowfall, this water pools onto the ice's surface or flows into crevasses, enlarging them and causing the shelf to break apart and slip into the sea.

Having used high-resolution regional climate modelling to forecast the fallout from increased melting on ice shelf stability, the researchers came to the conclusion that curbing temperature increases to 2 degrees Celsius would cut the risk of collapse in half.

Researchers identified four ice shelves that would be threatened by a warmer climate: The Larsen C, Shackleton, Pine Island and Wilkins ice shelves, which are vulnerable due to their geography, and the runoff predicted in those areas.

Larsen C is the largest remaining ice shelf on the Antarctic Peninsula, and the Pine Island glacier has received a lot of attention in recent years because it has been melting rapidly in response to climate change, Gilbert said.

According to the latest UN Emissions Gap report, we are on track for a world that is 3.2 degrees Celsius warmer by the end of the century, amid ecologists' calls for the global community to drastically reduce our dependence on fossil fuels and prevent the planet from reaching the crucial threshold of 1.5 degrees Celsius (2.7 degrees Fahrenheit) above pre-industrial levels.

In line with the 2016 Paris accord, 196 signatory countries agreed to the goal of keeping global temperatures "well below" 2 degrees Celsius above pre-industrial levels and to pursue efforts to further axe the number to 1.5 degrees Celsius.