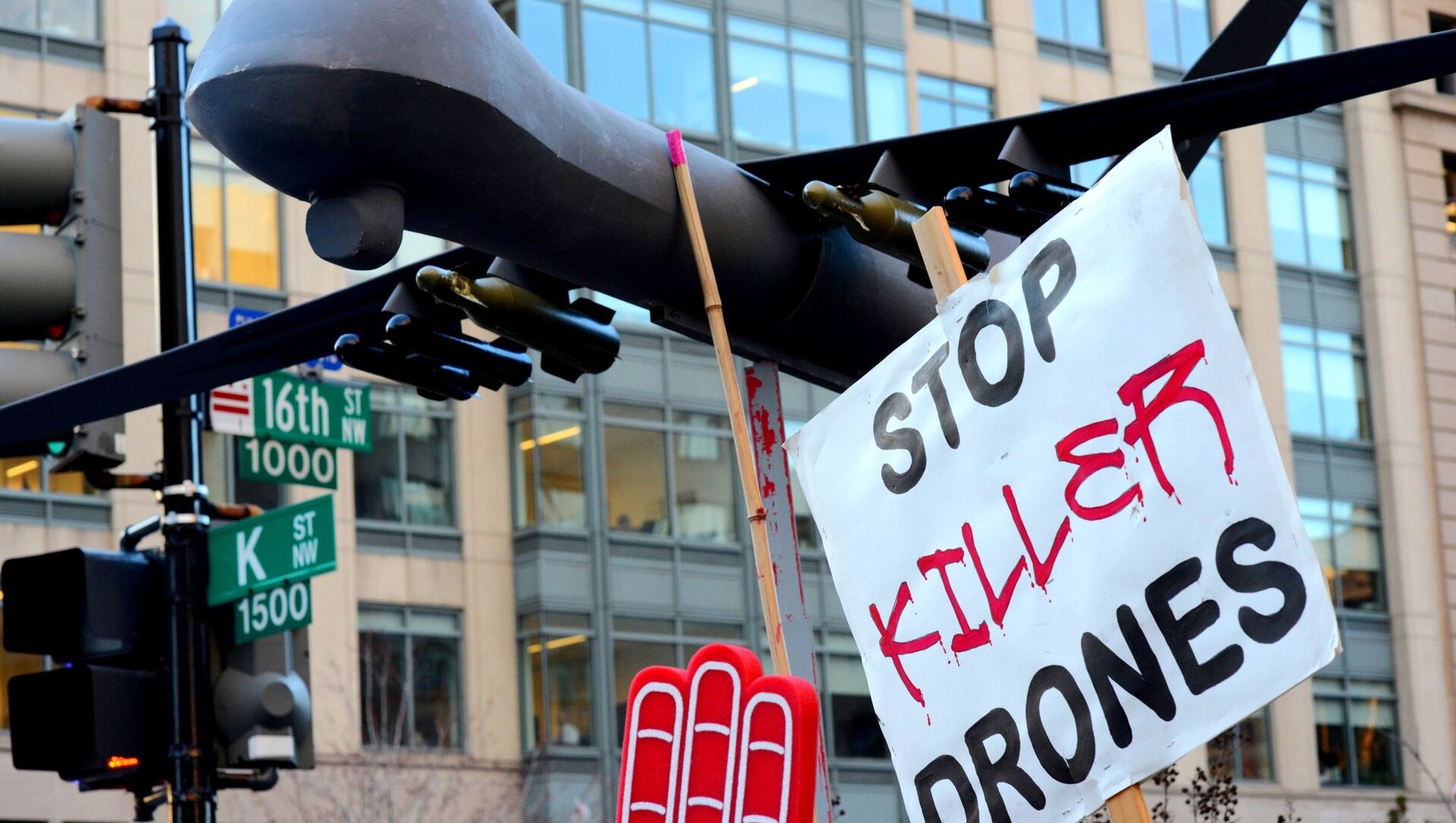 The 1917 Espionage Act — under which Daniel Hale has been charged for leaking details of the US drone strike programme — has long been criticised for its use to suppress free speech during war or even in peacetime, going beyond its original scope.

US drone warfare whistleblower Daniel Hale's lawyer has said he only chose to plead guilty to espionage charges because the law would not allow him a fair trial.

Hale pled guilty on 2 April to one count of breaching the 1917 Espionage Act for leaking classified information on US drone assassination operations to a journalist, reportedly The Intercept founding editor Jeremy Scahill. His sentencing hearing is set for 13 July.

Hale's Attorney Jesselyn Radack told CovertAction Magazine Hale “would not have received a fair trial because the arcane Espionage Act does not allow for a public interest defence".

"Hale’s motive of wanting to inform the public could not be raised as a defence to the charge of disclosure of information”, Radack explained

She warned that “the US government’s policy of punishing people who provide journalists with information in the public interest is a profound threat to free speech, free press, and a healthy democracy”.

Radack herself became a whistleblower when she worked at the Department of Justice in 2001, when she exposed how the FBI’s interrogation of US Taliban recruit John Walker Lindh was unlawful and inadmissible as evidence as he was denied a lawyer.

The DOJ sacked Radack and tried to have her disbarred as a lawyer, and she said she was blacklisted for a time by the legal profession in Washington DC. She said the experience taught her that “those who speak out for reasons of conscience get punished.”

Hale “was accused of giving an investigative journalist truthful information in the public interest about the secretive US drone warfare program", Radack said. "That information revealed gross human rights violations, and that drones were more deadly and less accurate than the US presented publicly.”

'I've Been Through Hell': Julian Assange's Fiancée Slams Twitter Hoax of WikiLeaks Founder's Death
The Espionage Act, passed just after the US entered the First World War, was intended to punish insubordination in the armed forces, expressing support for the US' enemies during wartime and even discouraging military recruitment. A challenge to the act's constitutionality in 1919 was unsuccessful, with the US Supreme Court ruling it did not infringe on the First Amendment right to free speech.

Previous victims of the law have been Eugene V. Debs, the five-time Socialist Party of America presidential candidate and his part-mate, Congressman and newspaper editor Victor L. Berger. Julius and Ethel Rosenberg were convicted under the act of spying for the Soviet Union in 1951 — in peacetime — and executed by the electric chair two years later.