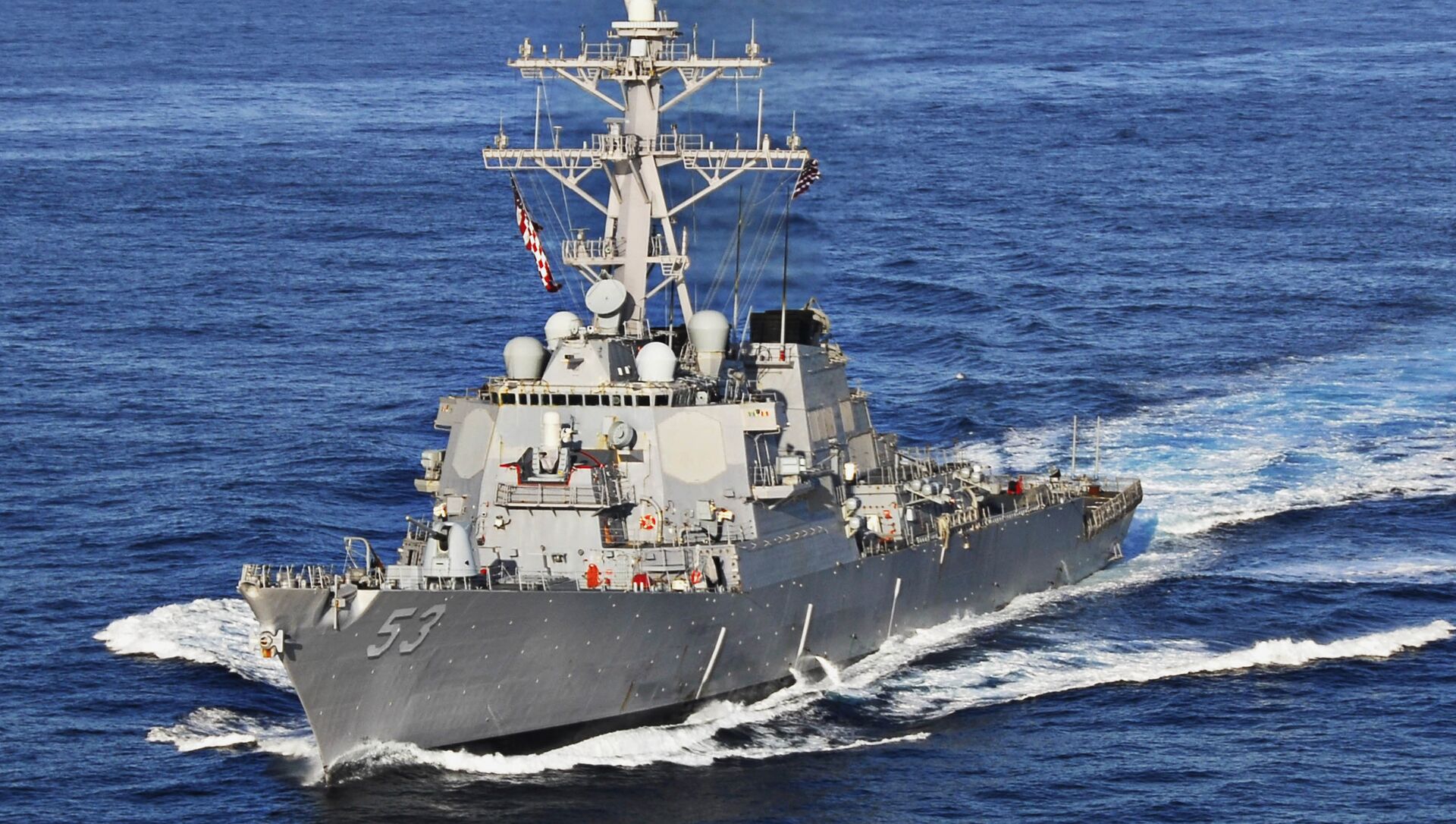 Rishikesh Kumar
All materialsWrite to the author
The US Navy has carried out such Freedom of Navigation operations in the South China Sea to challenge China’s claims to expansive maritime boundaries. This patrol comes amid talk of the Quad members (US, India, Japan and Australia) intensifying their military joint-activity to ensure 'rule-based order' in the Indo-Pacific.

In an unprecedented move, the US Navy’s seventh fleet has publicly challenged India’s maritime claim in the Arabian Sea by sending the USS John Paul Jones (DDG 53)—guided missile destroyer—inside India’s exclusive economic zone. Referring to its act as consistent with international law, the US Navy says that its destroyer asserted navigational rights and freedoms approximately 130 nautical miles west of the Lakshadweep Islands without requesting India’s prior consent.

“India requires prior consent for military exercises or manoeuvres in its exclusive economic zone or continental shelf, a claim inconsistent with international law. This freedom of navigation operation (FONOP) upheld the rights, freedoms, and lawful uses of the sea recognised in international law by challenging India’s excessive maritime claims,” the statement issued by the US 7th Fleet reads.

The statement further underlined that such Freedom of Navigation Operations will continue in the future as well. “FONOPs are not about one country, nor are they about making political statements,” it added.

World
Pompeo Travels to New Delhi for Talks on How US, India 'Can Thwart Threats' From China
It is worth mentioning that India and China have passed domestic laws to back their views on the permissibility of foreign navies conducting military activities in their Exclusive Economic Zone. In 1976, India passed the Maritime Zones Act, which formally required all foreign warships to give prior notification when passing through the territorial waters of India, even while making an innocent passage.

In 2019, in a similar Freedom of Navigation move, the Indian Navy had chased away a Chinese research vessel near the Andaman Sea. The Indian Navy has yet to react to the US Navy’s FONOPs.

After the first leadership level Quad members meet in March, the group committed to promoting “a free, open rules-based order, rooted in international law to advance security and prosperity and counter threats to both in the Indo-Pacific and beyond”.

“We support the rule of law, freedom of navigation and overflight, peaceful resolution of disputes, democratic values, and territorial integrity,” the joint statement reads.

Several analysts predicted the beginning of a military alliance of these countries after the first leaders’ level meet. Earlier this week, Russian Foreign Minister Sergey Lavrov stated that he also heard that pro-military alliances are being promoted in the Middle East and Asia.

"We believe that this [military alliance] is counterproductive," Lavrov had said.