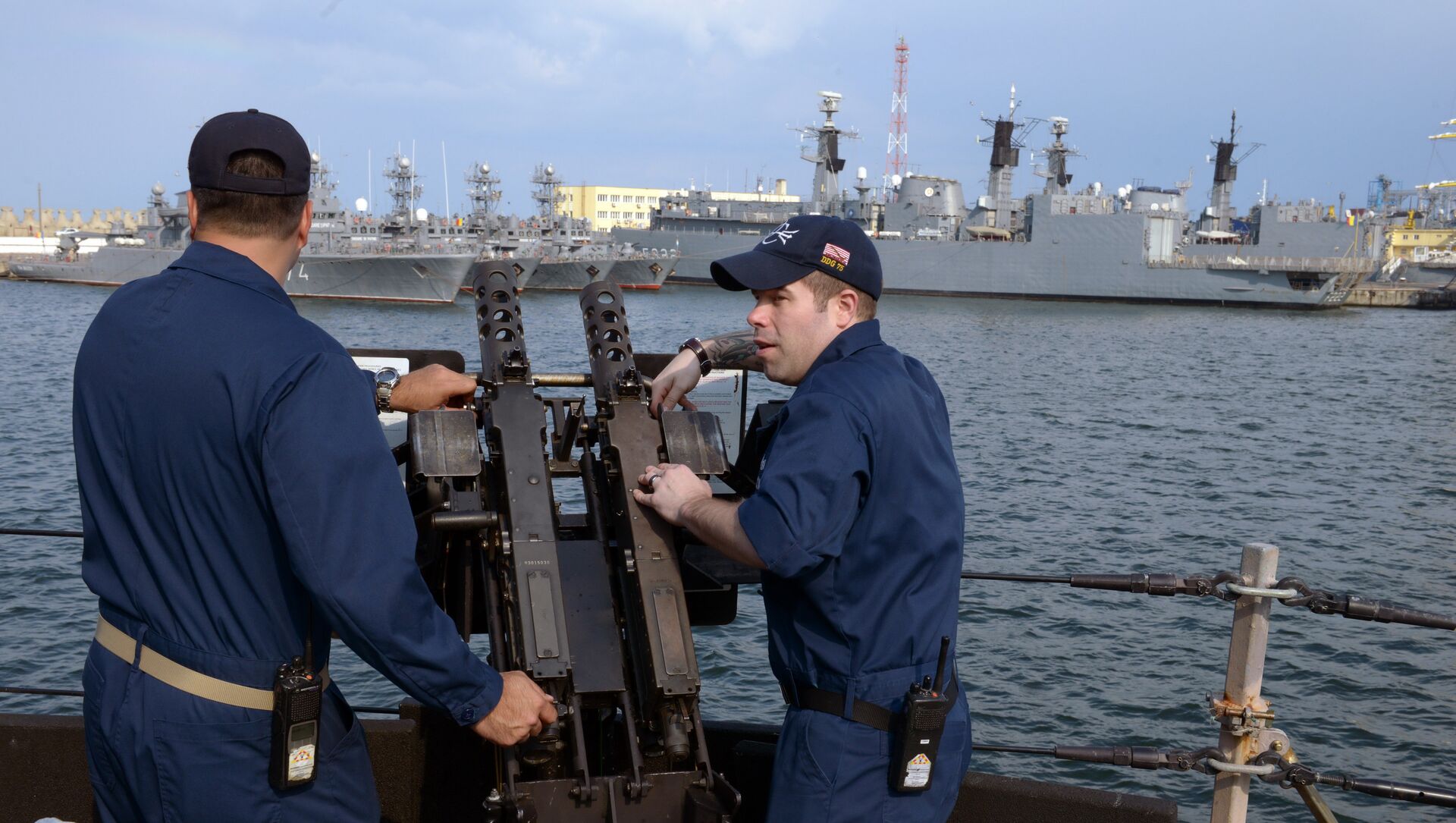 Oleg Burunov
All materialsWrite to the author
The US and its NATO allies are regularly engaged in exercises in the Black Sea, which occasionally involve forces from Ukraine and Georgia. Russia has repeatedly criticised such drills, saying they destabilise the situation in the region.

The United States is considering sending warships to the Black Sea in the next few weeks in a show of support for Ukraine and as a warning to Russia, CNN has cited an unnamed Department of Defence source as saying.

The source added that the US Navy routinely operates in the Black Sea, but a possible deployment of warships now would send a specific message to Russia that the United States is closely watching rising tensions along eastern Ukraine’s borders. The Pentagon has not confirmed the information yet.

Ylena Panina, a member of the Russian Lower House (State Duma)’s International Affairs Committee, for her part, suggested that the US Navy sending its warships to the Black Sea may further aggravate the already tense situation in eastern Ukraine’s Donbass region. 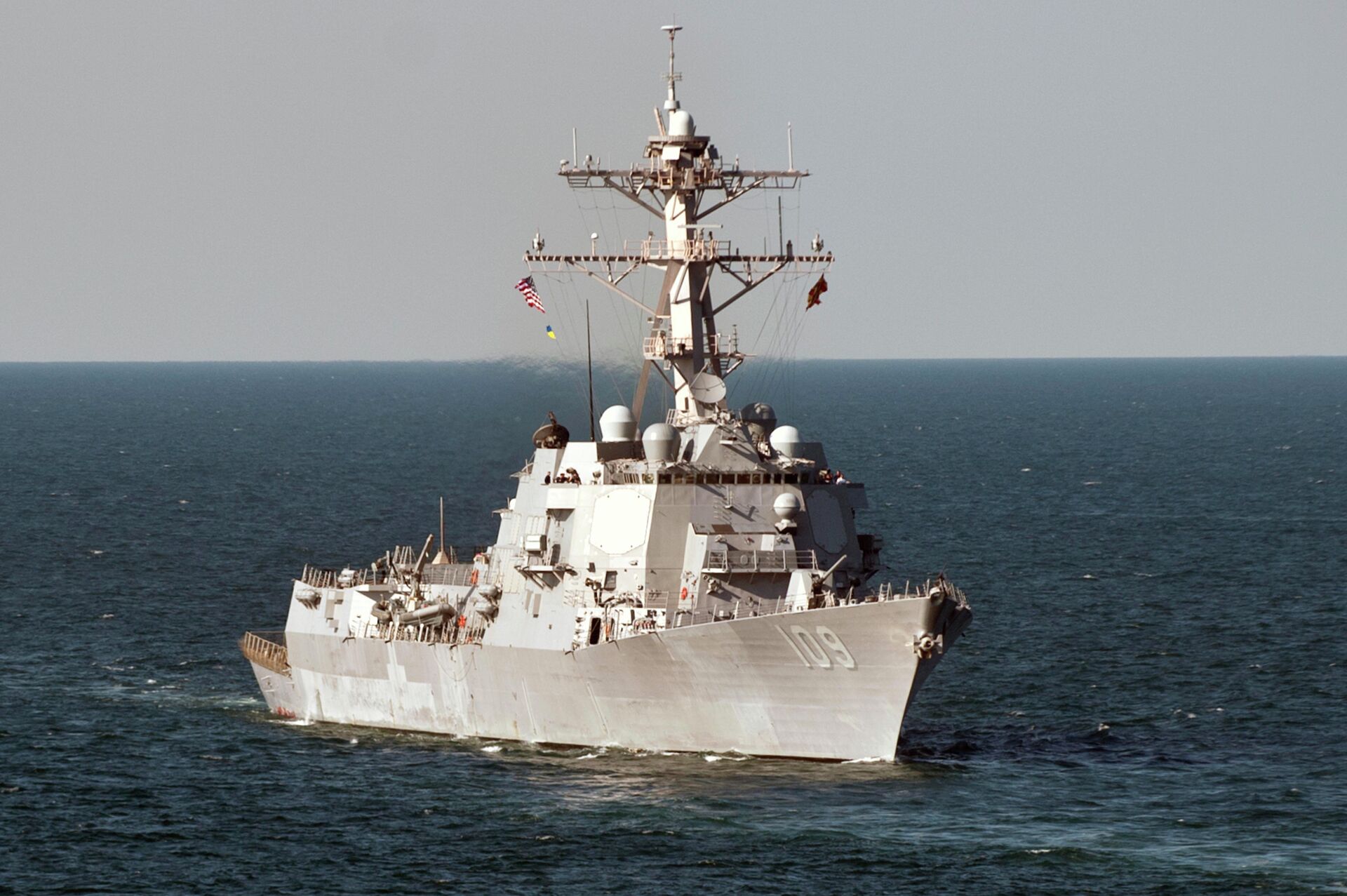 Konstantin Zatulin, the first deputy head of the Duma Committee for Commonwealth of Independent States Affairs, said that alleged Pentagon plans to deploy US warships to the Black Sea would not come as surprise,

"In recent years, the United States has become a frequent (visitor to) the Black Sea, trying to turn it into an American lake. However, they have no chance of doing so, given the provisions of the Montreux Convention,” Zatulin said.

The Montreux Convention of 1936 restricts the stay of warships from non-Black Sea-adjacent states to 21 days. Additionally, no more than nine foreign warships weighing a total of 30,000 tonnes are allowed be present in the body of water at any one time.

Zatulin added that as for “escalation of tensions around the Russian borders and the Black Sea shores, this is an integral part of the US’ overall strategy”.

“We understand the limits of the possibilities that the United States has in this matter. And there should not be any panic about the next possible appearance of the US Navy ships in the Black Sea”, he concluded.

The US regularly conducts naval drills in the Black Sea, which are slammed by Russia as something that may destabilise the situation in the region. Russia’s response to the exercises has sometimes included the deployment of aircraft or ships to trail NATO vessels, with the US occasionally complaining about Russian pilots’ “unsafe” or “unprofessional” flybys near US ships or aircraft.

Zatulin’s remarks were preceded by White House spokesperson Jen Psaki claiming during a press briefing on Thursday that Russia has more forces near the border with Ukraine than it has had there since 2014.

She added that the US is “increasingly concerned” by the recent escalation in eastern Ukraine, “including Russian troop movements on Ukraine’s border”.

Earlier, Kremlin Deputy Chief of Staff Dmitry Kozak said Russia is interested in a stable situation on the border and has no intention to infringe on Ukraine's sovereignty.

The Russian President’ spokesman Dmitry Peskov, for his part, underscored that Russia is moving troops within its territory and at its own discretion, something that he said doesn’t pose a threat to anyone and should not be anyone’s concern.

Peskov also said that Russia is taking measures to ensure the security of its borders, along the perimeter of which “increased NATO activity” is detected.  “All this obliges us to be on alert”, he pointed out.

The statement came amid growing tensions in eastern Ukraine’s Donbass region, where the latest escalation took place in late February, when the warring sides started to exchange fire using mortars and grenade launchers.

Luhansk Military Says Civilian Wounded in Ukraine's Drone Attack
The conflict in Donbass flared back in 2014, when Ukrainian authorities launched a military operation against the self-proclaimed Donetsk and Lugansk People's Republics that refused to recognise the new government in Kiev, which came to power in a February coup.

In February 2015, the warring parties signed the Minsk peace accords to end the fighting in the region. The truce, however, has repeatedly been violated, with both parties blaming each other for breaking the Minsk agreements. Moscow has repeatedly denied allegations of Russian troops’ involvement in the Donbass conflict, which the Kremlin says is Ukraine’s internal affair.