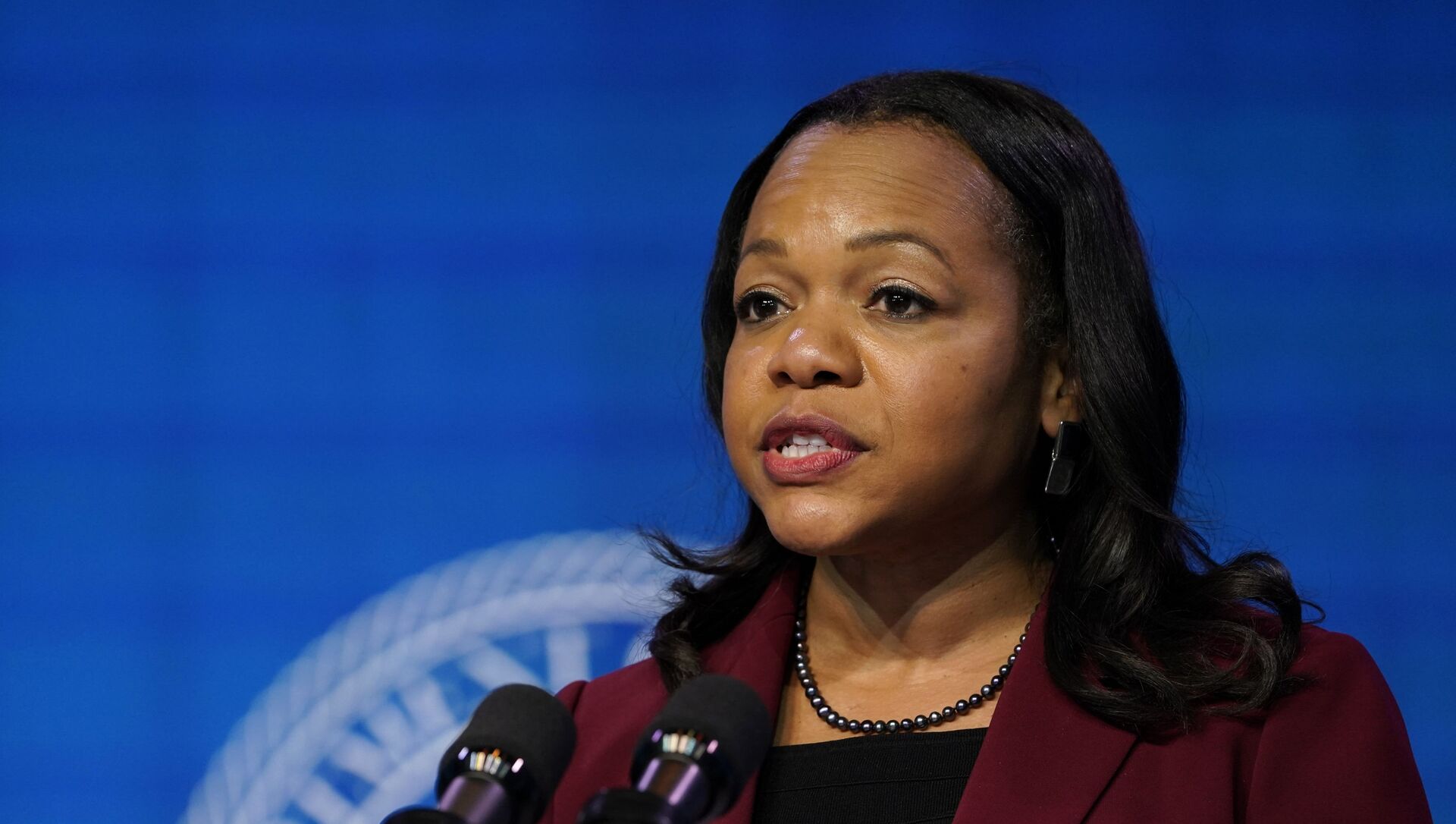 Daria Bedenko
All materialsWrite to the author
Kristen Clarke has been chosen by the Biden administration to head the Department of Justice’s (DOJ) Civil Rights Division as assistant attorney general in January, along with Merrick Garland who was nominated for the post of the US Attorney General at the time.

Biden's DOJ nominee, Kristen Clarke, is claimed by the American Accountability Foundation (AAF) to have organised a 1999 university conference that gathered supporters of the idea of releasing people convicted for killing police officers and other death-row criminals, Fox News reported on Friday, citing the free-market group.

Clarke was allegedly one of the organizers behind the Race-ing Justice Conference during her studies at Columbia Law School in April 1999.

The AAF said it obtained a transcript of the conference, which allegedly shows that Clarke was the organizer.

"Let me begin by acknowledging the work of Manny Marable and Kristen Clarke who drew us all together," said conference speaker and author, Ashe Bandele, during the conference, according to the reported transcript.

According to the report, the conference was a gathering of "left-leaning students and anti-government activists" who stood for freeing death row inmates they believed were "political prisoners".

Among such inmates are convicted cop-killers Mumia Abu-Jamal, Mutulu Shakur, Sundiata Acoli and Assata Shakur - the latter, particularly, has been on the FBI's Most Wanted Terrorists list since 2013, the first woman to appear. Alongside Acoli, Shakur was convicted for murdering a New Jersey state trooper in 1973. 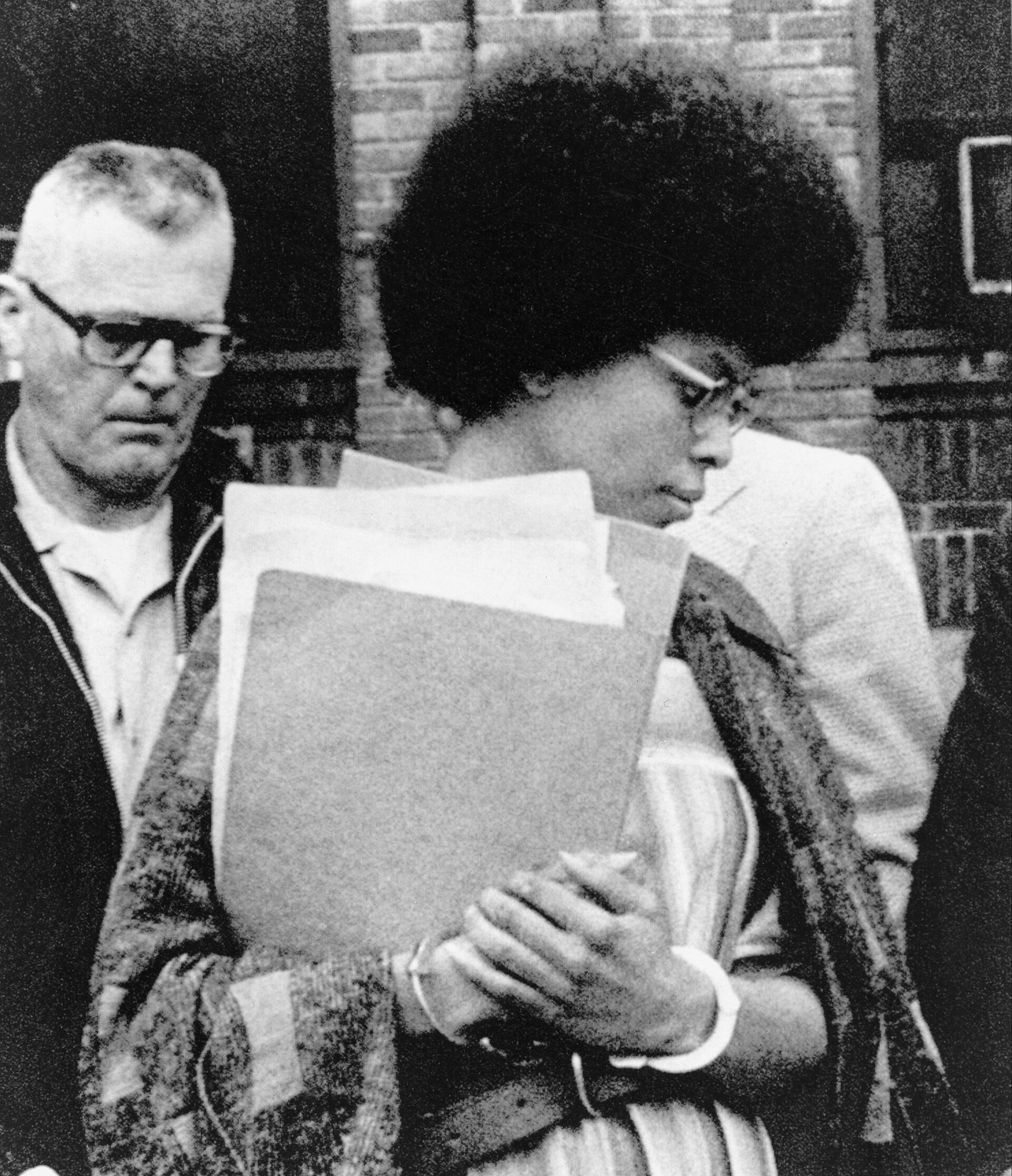 Black Liberation Army member Joanne Chesimard leaves Middlesex County courthouse after Superior Court Judge Theodore Appleby added a 26 to 33 year sentence to life term she is serving for the murder of a state trooper in New Brunswick, N.J., April 25, 1977. Chesimard, of Cuba, escaped from prison in 1979 and claims her innocence.
© AP Photo / Anonymous

The participants of the conference, repeatedly described the above-mentioned criminals as "political prisoners". Among the speakers were City College of New York professor Herb Boyd and founder of the Free Mumia Abu-Jamal Coalition, Safiya Bukhari.

"I think we need to extend that definition [of political prisoners] to include, you know, a number of particularly Puerto Rican, African American political prisoners that we have — most particularly Sundiata Acoli, they talk about Sekou Odinga, we have the situation where Susan Rosenberg and you know Sylvia [Blyden], of course [Mumia Abu-Jamal] and hopefully many of you will be on your way to Philadelphia tomorrow to participate in that situation," Boyd is reported to have said during the conference.

Bukhari, according to the report, described herself as a "prisoner of war" and downplayed the events of the Holocaust, saying it "was only 6 million Jews killed in the camps and prisons of Germany and Poland."

Ashe Bandele, another conference speaker who allegedly referred to Clarke as an organiser, compared the prisoners with late South African President Nelson Mandela.

"And I'm trying to figure out how we get to do that with our own Mandelas right here, [Sundiata Acoli, and Sekou Odinga, Mutulu Shakur]," said Bandele, according to the transcript.

Abu-Jamal, who killed a police officer in 1981 and initially received the death sentence, in 2011 agreed with the prosecution to change the ruling to life imprisonment without parole, and was discussed at the Race-ing Justice Conference in a separate panel titled "In Defense of Mumia". After the conference was wrapped up, attendees reportedly headed straight to a rally in his support.

Manning Marable, Clarke's fellow organizer, reportedly said that they were marching because Abu-Jamal "never received a fair trial and was tried by a racist judge."

Clarke faced backlash after excerpts from a co-authored 1994 article for 'The Harvard Crimson' in which the she asserted, among other things, that "melanin endows Blacks with greater mental, physical and spiritual abilities".

Raising eyebrows, Clarke declared that the article was meant to "express an equally absurd point of view—fighting one ridiculous absurd racist theory with another ridiculous absurd theory". However, the various elements contained within the 1994 article were not described tongue in cheek.

US Attorney General Merrick Garland, who, in the event of Clarke's confirmation, would become her boss, defended her when clashing with Republican Senator Mike Lee over the 1994 article.

"I’ve read, in the last few days, these allegations about Kristen Clarke, who I’ve also gotten to know, who I also trust, who I believe is a person of integrity, whose views about the civil rights division I have discussed with her and they are in line with my own", Garland said earlier in the year. "I have every reason to want her. She is an experienced former line prosecutor of hate crimes and we need somebody like that."

Clarke was nominated to lead the Civil Rights Division by the Biden administration in January.