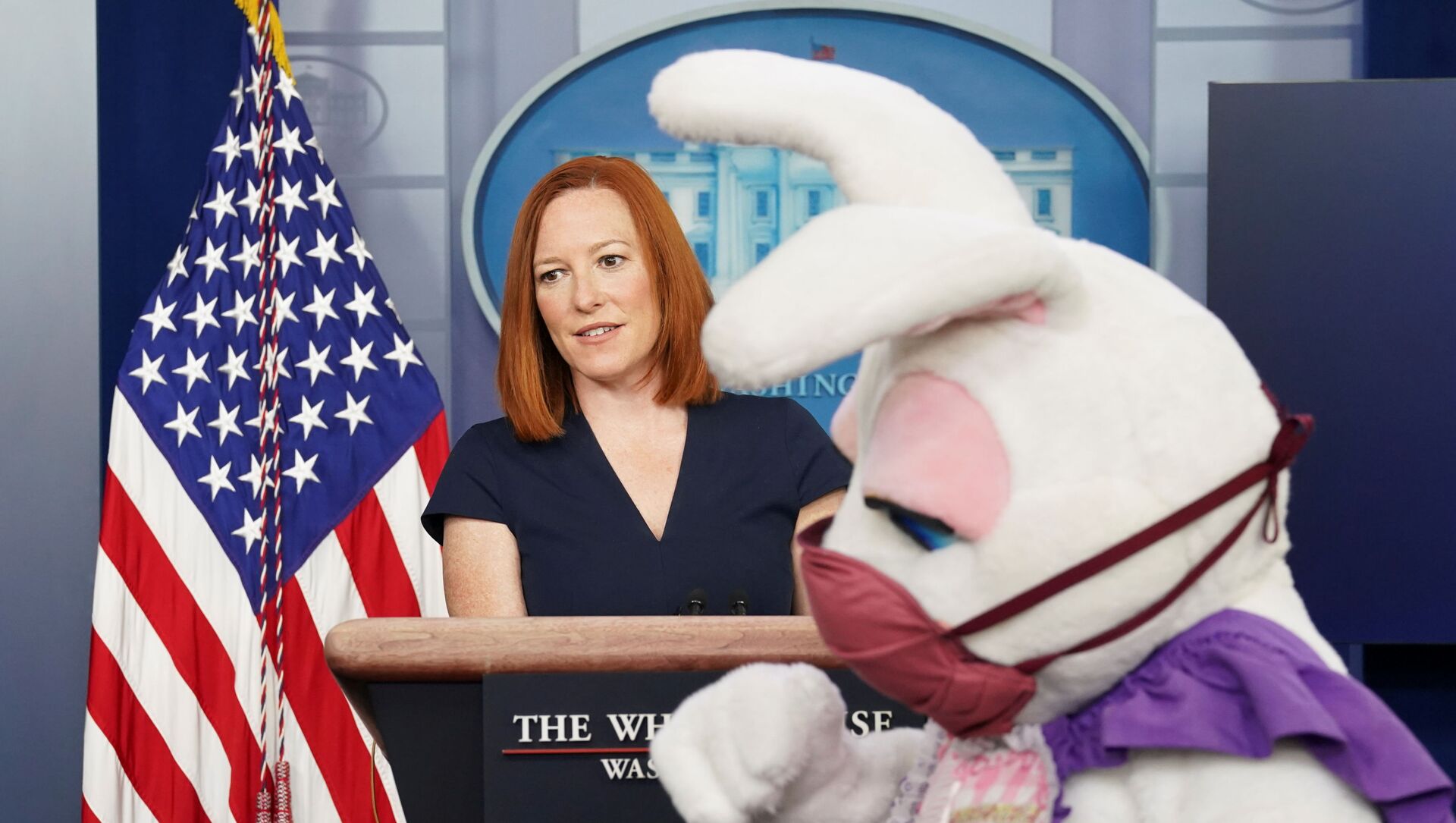 Demand Justice, an NGO that lobbies for changes to the US Supreme Court to ensure liberal policy, is claimed by some to be one branch of a huge "dark money" network that funneled tens of millions of dollars into PACs campaigning for Joe Biden's election in 2020.

The US president's spokeswoman and judicial nominations point-woman both worked for a shadowy billion-dollar lobbying network, according to a report by Fox News.

Jen Psaki and Paige Herwig previously worked for Demand Justice, a branch of the Sixteen Thirty Fund, one of four sister-organisations to Arabella Advisors. The network of non-profit groups raised $1.6 billion between 2013 and 2017 from donors whose names are confidential.

Americans for Public Trust executive director Caitlin Sutherland told Fox News that Demand Justice uses that money to push for change in the judicial system, from the Supreme Court down.

Psaki's executive branch personnel financial disclosure report reveals that she worked as a "communications consultant" for Demand Justice. She did not disclose, however, that she also sat on the advisory board of Supreme Court Voter, one of the group's sub-projects.

Herwig was deputy chief counsel for Demand Justice and one of their first employees. She later worked for Facebook, whose founder, Mark Zuckerberg, donated $500 million to multiple NGOs and city governments funding changes to voting laws that former US President Donald Trump continues to claim resulted in "massive ballot fraud."

Sutherland called Herwig "an insider in the White House to help usher these judicial nominations through that fit Demand Justice's criteria."

Demand Justice lavished praise on Biden for his appointment of Herwig in January. "No one is better positioned to carry forward President-elect Biden’s commitment to rebalancing our judicial system," chief counsel Christopher Kang said at the time.

"Lo and behold, that revolving door coming from Demand Justice, which has a vested interest in who our judicial nominees should be," Sutherland pointed out.

Biden's Election Campaign Set New 'Dark Money' Donation Record, Media Says
Biden refused to answer journalists' questions during the campaign regarding Trump's accusation that the former planned to increase the size of the nine-seat Supreme Court panel, and pack it with liberals, suggesting that voters "don't deserve" to know.

The Supreme Court, which currently has six justices nominated by Republican presidents, including three by Trump, has many times over the years effectively legislated for the 50 states and several territories of the US, including the 1973 Roe v. Wade ruling that overturned state laws banning abortion, and the 2015 Obergefell v. Hodges case that saw all states obligated to recognise same-sex marriage.