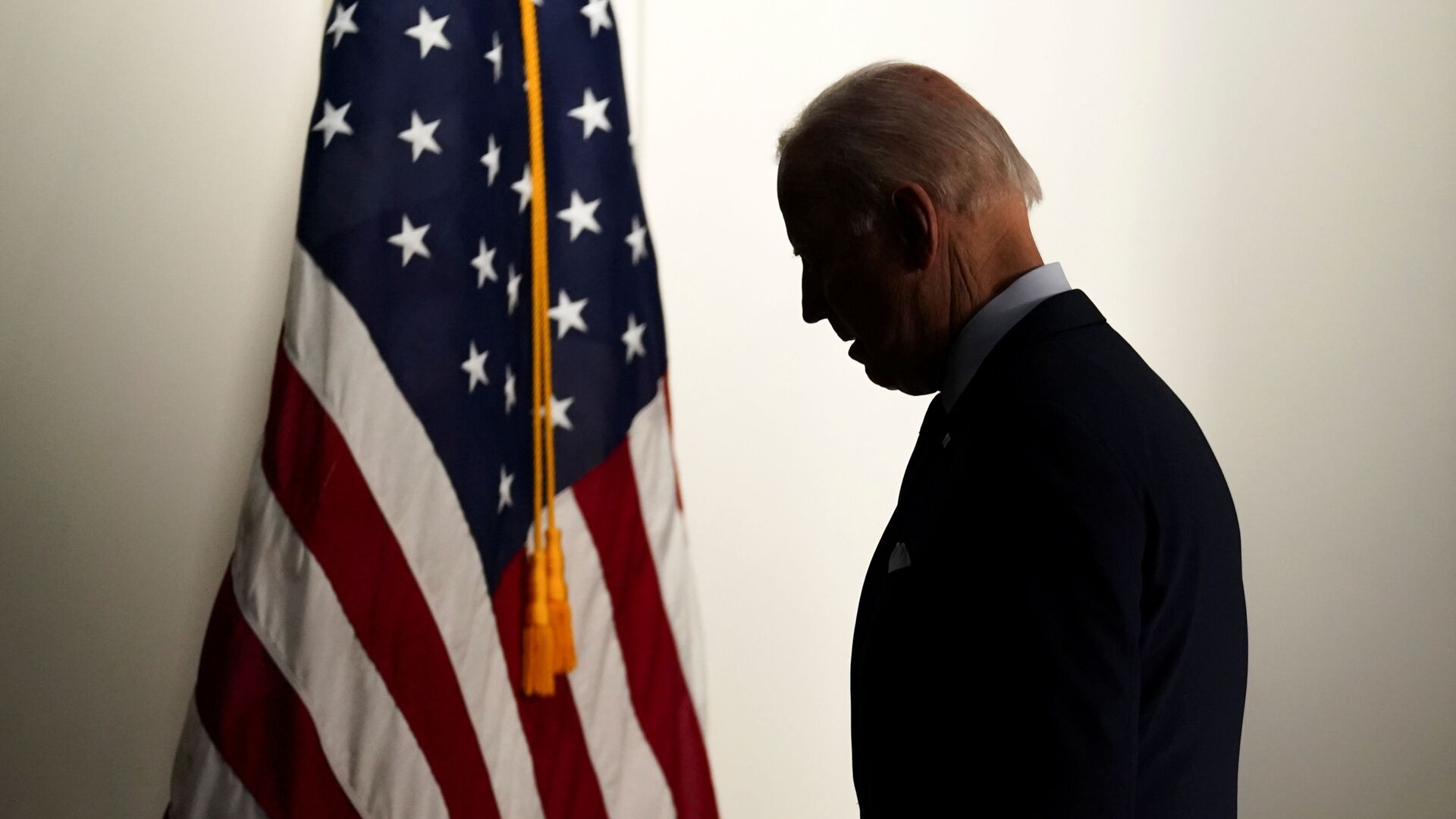 Daria Bedenko
All materialsWrite to the author
Calls to implement stricter measures to end gun violence in the United States have strengthened after a recent shooting in Boulder, Colorado, in late March. The killing took 10 lives and is one of the deadliest in the state's history.

The Biden administration on Wednesday announced six "initial actions to address the gun violence", according to a White House statement.

"Cities across the country are in the midst of a historic spike in homicides, violence that disproportionately impacts Black and brown Americans", the statement reads. "The President is committed to taking action to reduce all forms of gun violence – community violence, mass shootings, domestic violence, and suicide by firearm."

Reiterating the president's call for Congress to "pass legislation to reduce gun violence", the administration has introduced "its own steps" to "save lives".

According to the White House, the latest high-profile shooting incidents in the United States - those in Boulder and Atlanta that saw 10 and 8 killed respectively - "underscored the relentlessness" of what the Biden administration and many others describe as a gun violence public health epidemic. 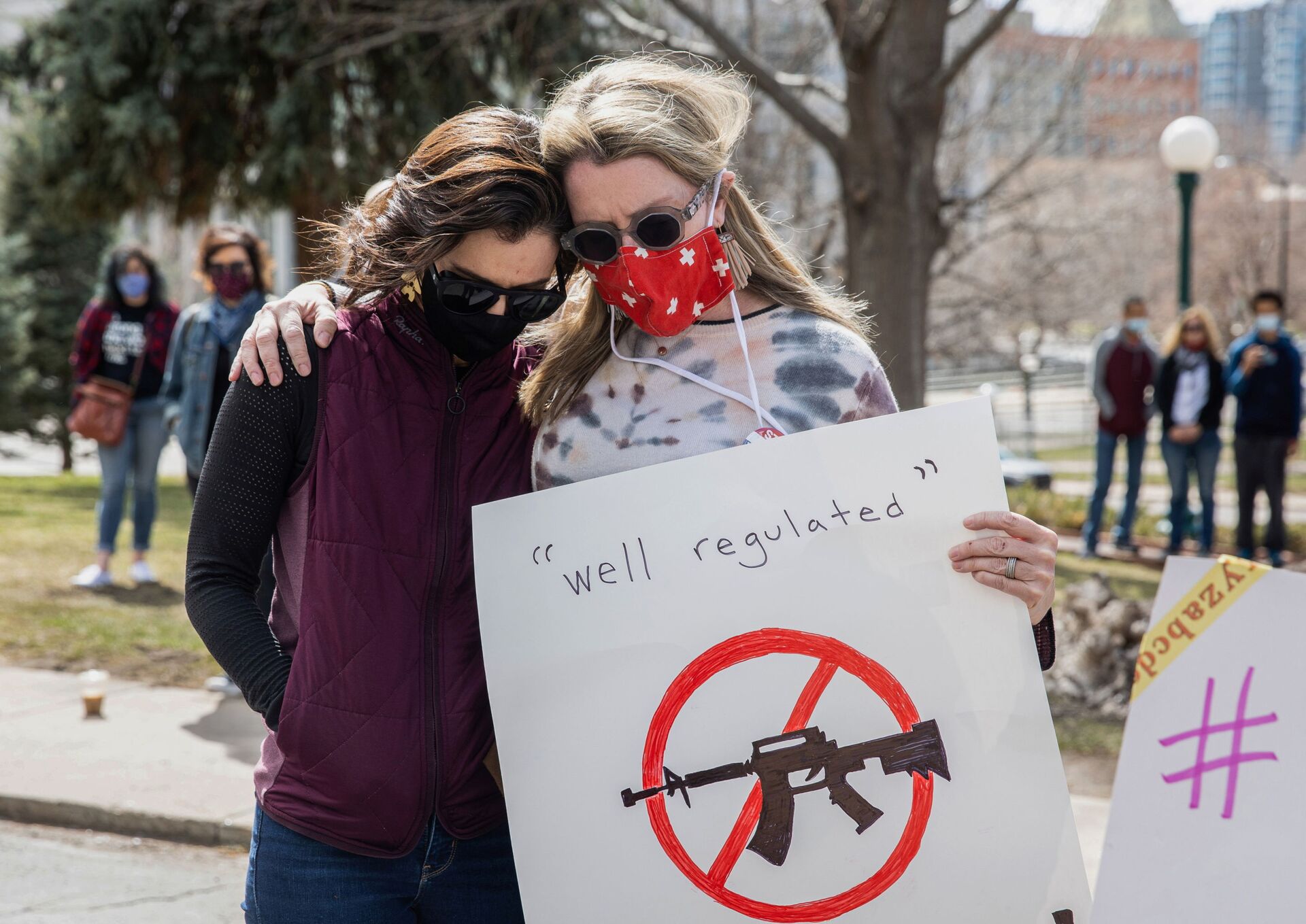 Jennifer Cunningham (L) and Zileen Kieran-Johnson hold each other during a moment of silence at the Colorado State Capitol during a discussion on gun violence in the wake of the Boulder shooting that took place on Monday at King Soopers, leaving ten dead, Denver Colorado, U.S. March 28, 2021.
© REUTERS / ALYSON MCCLARAN

Last week, Biden received a letter from dozens of congressional lawmakers requesting the president place “concealable assault-style firearms that fire rifle rounds” under the National Firearms Act, a move which would make the sale and transfer of these military-style assault weapons more difficult.

The first steps of the Biden administration to address gun violence have prompted criticism from the National Rifle Association, which labeled the measures "extreme gun control actions."

"These actions could require law-abiding citizens to surrender lawful property, and push states to expand gun confiscation orders", the NRA tweeted, adding that Biden's nominee for head of the ATF is "a gun control lobbyist" while offering that "@NRA is ready to fight."

​Biden pledged to address gun violence during his presidential campaign, vowing to "get weapons of war off our streets", "hold gun manufacturers accountable" and "reduce stockpiling of weapons".

After the Boulder shooting, Biden called for Congress to take action to ban military-style assault weapons. Many observers of the long-term US debate suggest, however, that the legislation, which would need 60 votes to pass, is unlikely to be approved in the Senate, which is currently evenly divided between Democrats and Republicans.

Gun control issue remains controversial in the nation, with those advocating gun rights referring to the Second Amendment of the US Constitution that states: "The right of the people to keep and bear arms shall not be infringed."

"When you disarm law-abiding citizens, you make them more likely to be victims,” he said. “If you want to stop these murders, go after the murderers.”

Those who support gun legislation refer to the level of gun violence in the United States, one of the highest in the world per capita, with its rate of related deaths higher than every other developed country.