Arsonist US Plays With Fire 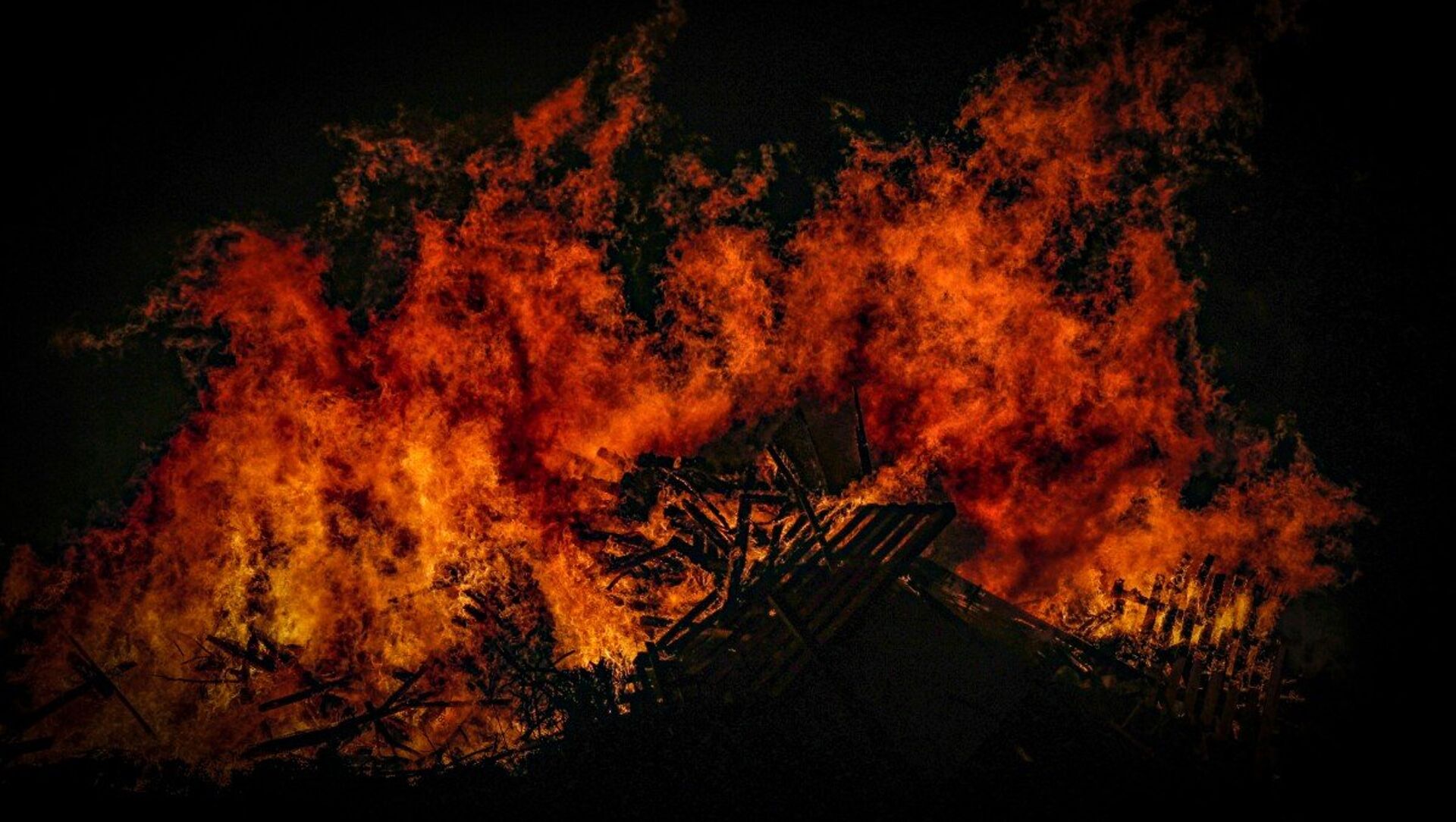 Finian Cunningham
All materials
You would think riling up one nuclear power is bad enough, but the United States seems intent on doubling the risk of starting a world war by gratuitously aggressing Russia and China simultaneously.

Throwing around personal insults against the leaders of those two countries is one thing. But actually winding up military tensions is quite another which shows how reckless the Biden administration is.

Since Joe Biden became the 46th president, there has been an alarming increase in hostile rhetoric and conduct by the US toward Russia and China.

Ludicrously, the Biden administration is accusing Moscow and Beijing of aggression towards European and Asian allies when it is the United States that is building up warships, warplanes, missiles and troops in sensitive regions that threaten Russia and China.

Under this Democrat president, the US is increasing lethal military supplies to the Ukraine where an anti-Russia regime in Kiev has been waging a seven-year war against ethnic Russian people in the east of that country on Russia’s border. It is no coincidence that the US-backed regime in Kiev is emboldened to step up offensive military attacks on civilian centers in east Ukraine. The city of Donetsk is this week reportedly coming under intensified shelling.

Likewise, the Biden White House has become more vocal in support of Taiwan, the breakaway island territory off China’s southern coast. US military leaders are warning that China might invade the island, which most nations view to be a sovereign part of Chinese territory. Since 1979, even the US recognized this under its One China policy.

Washington is, however, conducting a record number of military maneuvers in the South China Sea and through the Strait of Taiwan, only about 100 kilometers from mainland China. This week – for the fourth time since Biden took office, the US dispatched a guided-missile destroyer through the Strait.

China’s territorial claims in the region have a lot more credibility than America’s posturing about “defending allies” and so-called “freedom of navigation” exercises.

But the reckless rhetoric from the Biden administration – labelling Russia and China as “aggressors” – is serving to embolden regimes in Ukraine and Taiwan to engage in dangerous provocations.

Ukrainian President Volodymyr Zelensky this week called on the US-led NATO alliance to fast-track membership for his country. Such a move would be incendiary for Russia’s national security. The Kiev regime is also intensifying offensive operations in east Ukraine which is another form of provocation toward Russia due to Washington’s indulgence.

Similarly, the anti-China separatists in Taiwan are feeling ever-more confident in taking a militarist posture. With American warships sailing nearby, the Taiwanese authorities this week warned they would not hesitate to shoot down Chinese aircraft that approach the island. This is a flagrant provocation to Beijing’s authority.

The United States has indicated it will support Ukraine or Taiwan if a war with Russia or China were to erupt. Such a policy is an incentive for rogue conduct leading to war.

It is perplexing to see just how far the Biden administration is willing to go in risking a war with either Russia or China, or both at the same time. Any such war would inevitably result in a nuclear conflagration in which tens of millions of people would die, if not bring about the end of the world as we know it.

This is a measure of how desperate the American imperial state is in trying to maintain its ambitions of global hegemony and domination. US global power is waning – in line with the historic failing of its capitalist system – and in order to offset that loss of power, its ruling class are resorting to maniacal militarism against perceived geopolitical rivals. The objective is to intimidate and terrorize the world into accepting its “rules-based order”. That is rules ordered by the US for its advantage and privileges over others.

Russia and China, and many other nations, are refusing to capitulate to America’s diktat. There was a time when such bullying may have worked. Not any more.

American rulers – the deep state – and their puppet president are behaving like arsonists. They’re playing with fire in provoking Russia and China. It is criminal and it’s psychopathic recklessness. It’s also abominable that the planet is being held hostage by such a crazy American regime.