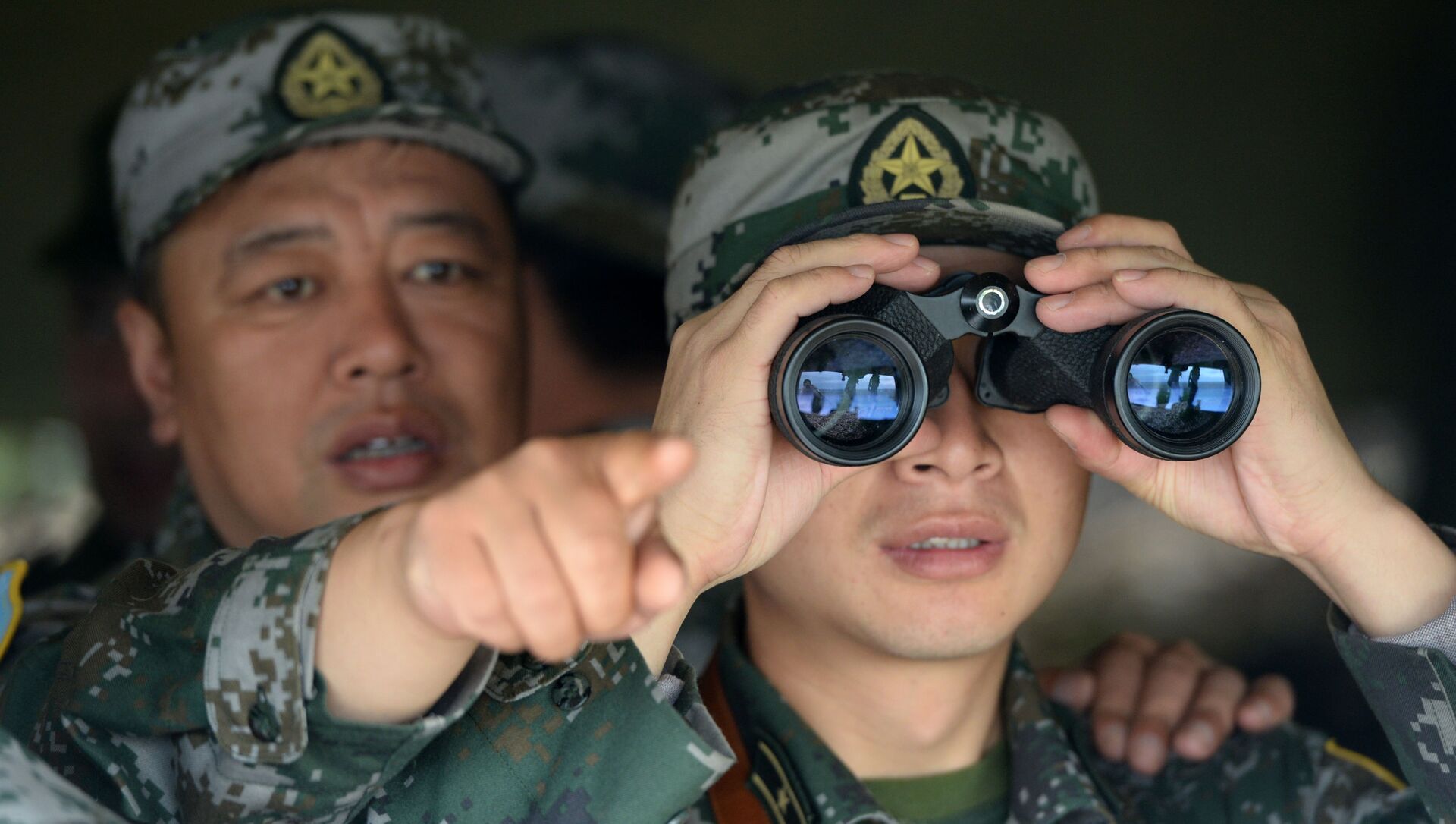 Ilya Tsukanov
All materialsWrite to the author
Chinese and US naval forces have carried out dueling carrier drills in waters off China's coast in recent days, with Washington posturing to stand up to Beijing's "aggression" while the People's Republic has told America to stay out of its internal affairs.

The People's Liberation Army has issued a warning to its US counterpart, with a spokeperson for the military's Eastern Theatre Command reporting on Wednesday that Chinese forces tracked and monitored the USS John McCain destroyer as it sailed through the Taiwan Strait earlier in the day.

The spokesperson accused the Pentagon of sending the "wrong signal" to Taiwanese secessionists, "endangering the peace and stability of the Taiwan Strait," and the stability of the region as a whole.

Eastern Theatre Command is one five theatre commands delineated by the PLA, and is responsible for six Chinese mainland provinces including Shanghai, Taiwan (which Beijing considers a renegade province) and the East Sea Fleet. Along with Taiwan, its area of responsibility includes the East China Sea.

The PLA spokesperson's comments follows the US Navy's decision to sail the USS John McCain guided missile destroyer through the Taiwan Strait in what the Navy said was a "routine" transit earlier in the day.

"The ship's transit through the Taiwan Strait demonstrates the US commitment to a free and open Indo-Pacific. The United States military will continue to fly, sail and operate anywhere international law allows," the Navy said in a boilerplate statement.

The Navy released video of sailors working on the destroyer's bridge during the sail-through.

The sail comes amid escalating tensions between the US and its Taiwanese allies on one side and China on the other as Washington seeks to shore up its political and military alliance with the island, home to nationalist forces which fled mainland China in 1949 after the Chinese Civil War. Beijing considers Taiwan its sovereign territory and has spent decades negotiating a peaceful reunification process. The US side seeks to prevent this from happening.

Taiwanese authorities warned the mainland Wednesday that its defence forces would shoot down China's drones if they entered Taipei's airspace.

"They have never entered our restricted waters and airspace, they've just flown around them at a certain distance. After [an aircraft] enters it will be handled under the rules. If we need to open fire, we open fire," Ocean Affairs Council chief Le Chung-wei warned.

That warning came after Taiwan's defence forces reported spotting fifteen PLA Air Force aircraft including 12 fighter jets in the island's self-declared air defence identification zone (which reaches into parts of the mainland) earlier in the day. China does not recognise Taipei's ADIZ claims and regularly sends aircraft to the area for drills.

Also Wednesday, Taiwan's foreign ministry chief Joseph Wu told reporters that US decision-makers "clearly see the danger of the possibility of China launching an attack against Taiwan." He warned that the island was ready to "defend ourselves without any questions" and "to the very last day" in case of aggression.

Chinese, US Navies Hold Dueling Carrier Drills in Seas Off China’s Coast
Despite predictions that the Biden administration would take a softer line on China, the Democratic president actually wound up ramping up tensions to levels unseen since the Tiananmen Square protests of 1989 by preserving Trump-era trade and technology restrictions, increasing US military patrols near China's borders, working to build new anti-China alliances in the Asia-Pacific region, and joining with other Western nations in accusing the PRC of "genocide" against the Uyghur minority in China's Xianjiang province. Beijing vocally denied the "genocide" allegations, pointed to the West's own historical crimes against aboriginal peoples, and threatened to evict foreign companies parroting the claims.
Newsfeed
0
Access to the chat has been blocked for violating the rules . You will be able to participate again through:∞. If you do not agree with the blocking, please use the feedback form
The discussion is closed. You can participate in the discussion within 24 hours after the publication of the article.
To participate in the discussion
log in or register
loader
Chats
Заголовок открываемого материала