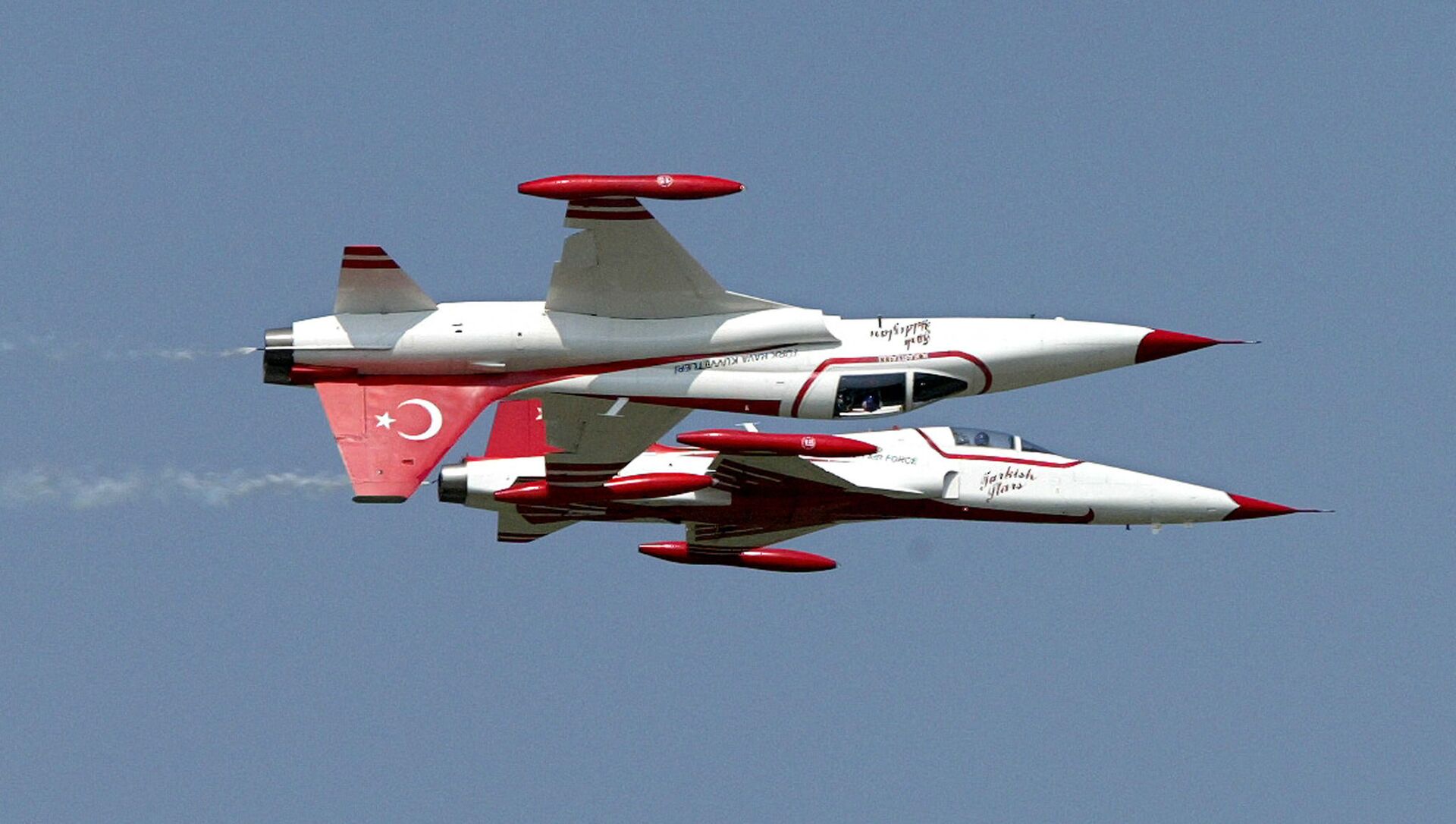 Ilya Tsukanov
All materialsWrite to the author
The crash took place near a major air base. The Turkish Air Force is one of the largest and best equipped in the NATO alliance.

Turkey's Defence Ministry has confirmed that a Northrop NF-5 has crashed in Konya province, south-central Turkey, and that the plane's pilot was killed.

The ministry indicated the accident happened at 2:15 pm local time, that its cause is unknown, and that an investigation has been started.

Turkish President Recep Tayyip Erdogan took to Telegram to issue his condolences over the accident, asking God for mercy for the souls of Turkish martyrs. "I extend my condolences to his family, relatives, the Turkish armed forces and the nation," he wrote.

The crashed jet belonged to the Air Force's Turkish Stars aerobatic team deployed at Konya's 3rd Main Jet Base. Local media say the accident happened during a routine training flight. Earlier (since dismissed) reports suggested the plane involved may have been an F-16.

Photos from the scene, which have not been authenticated, show smoke rising in an empty field.

Television footage shows security and medical teams taping off an area, with multiple ambulances and military vehicles, at least one fire truck and a helicopter on the scene.

Konya Mayor Uğur İbrahim Altay confirmed reports about the crash, and that search and rescue units were arriving at the scene. "Our prayer is that there is no loss of life," he tweeted before the Defence Ministry's announcement that the pilot had died.

The Northrop F-5 is a legacy supersonic light fighter aircraft produced by US defence giant Northrop Corporation (now Northrop Grumman) between 1959 and 1987. Turkey bought over 200 of the planes in their F-fA/B and NF-5A-B configurations from the US and other countries during the Cold War. About 50 of the jets were upgraded in the 2000s, among them 10 F-5A and two F-5Bs used by the Turkish Stars aerobatic team.

Konya Air Base serves as the Air Force's main operational training base, and is also known to contain airborne early warning assets and F-16 jets. The base regularly hosts Turkish and other NATO forces for Anatolian Eagle drills. Israel took part for the drills for many years, but was disinvited from participating after the Gaza War of late 2008-2009. Chinese, Pakistani, Saudi, Jordanian, Emirati, and Qatari forces have also taken part in drills at the base over the years.