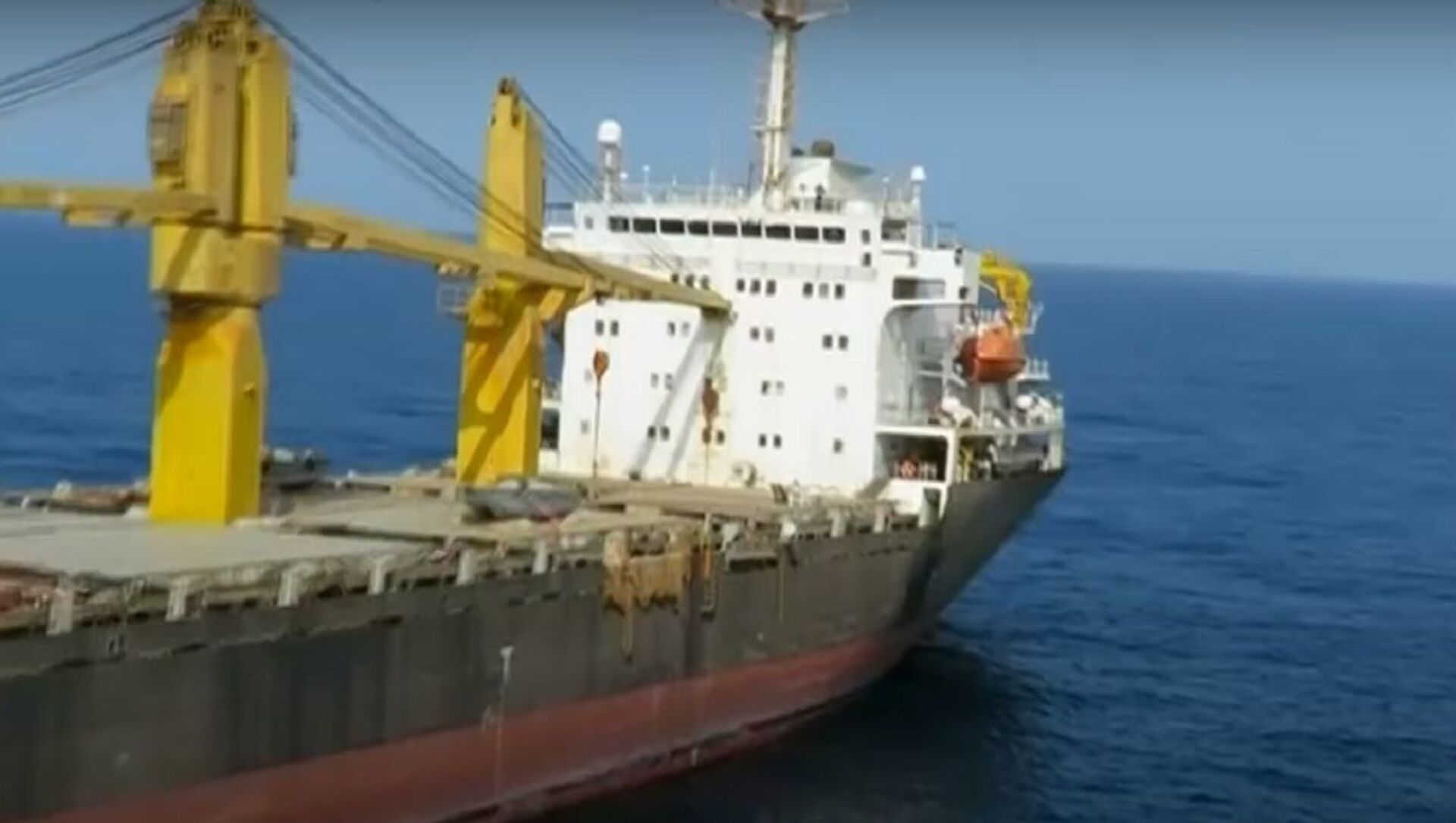 Arty Katkov
All materialsWrite to the author
The incident did not result in any casualties, Iran's foreign ministry's spokesman said.

"The explosion occurred on Tuesday morning near the Djibouti coast and caused minor damage with no casualties. The vessel was a civilian ship stationed there to secure the region against pirates," a Foreign Ministry spokesman said.

He also said that the explosion occurred at approximately 6 am and that the causes of the blast are under investigation.

Previously on Tuesday, reports emerged saying that an Iranian cargo vessel, the Saviz, had been attacked in the Red Sea by a missile or a mine.

Israeli forces carried out a strike on an #Iran ship in the Red Sea in retaliation for previous strikes by Iran against Israeli vessels.
US official told that Israel notified the US that Israeli forces attacked the ship around 7:30 a.m. local time on Tuesday. pic.twitter.com/KmKEfhOycq

​US, Israeli, and Saudi officials and media have previously claimed that the merchant ship might be a covert Revolutionary Guard forward base or intelligence-gathering vessel and that it was reportedly struck by a missile.

​The New York Times later reported, citing an unnamed American official, that Israel had notified the United States that its forces had attacked Saviz.

The source also said that at the moment when the Saviz was hit, the official noted, the Eisenhower was "about 200 miles away".

Pentagon spokesperson Commander Jessica L. McNulty later confirmed to The Hill that "...no US forces were involved in the incident”. “We have no additional information to provide,” she said.

Previously, an Israeli-owned cargo ship said it had suffered damage after a suspected blast while it was in the Sea of Oman. Israeli Prime Minister Benjamin Netanyahu, without evidence, accused Iran of attacking the ship; Tehran categorically rejected the charge.

World
US Defense Chief to Visit Israel Next Week for Talks on Iran, Syria, Lebanon - Reports

The events unfold as US President Joe Biden recently signalled a desire to revive the JCPOA, the so-called nuclear dealb that required that Iran scale back its nuclear programme and downgrade its uranium reserves in exchange for sanctions relief.

The Israeli government has always been opposed to the nuclear deal, with Netanyahu recently saying that Israel was not going to rely on the Iran nuclear agreement and would “do everything” to prevent Tehran from getting hold of nuclear weapons.