Second Clinton Donor on Biden's DOJ Hook: Will It Lead to Prosecution of Democratic & GOP Crooks? 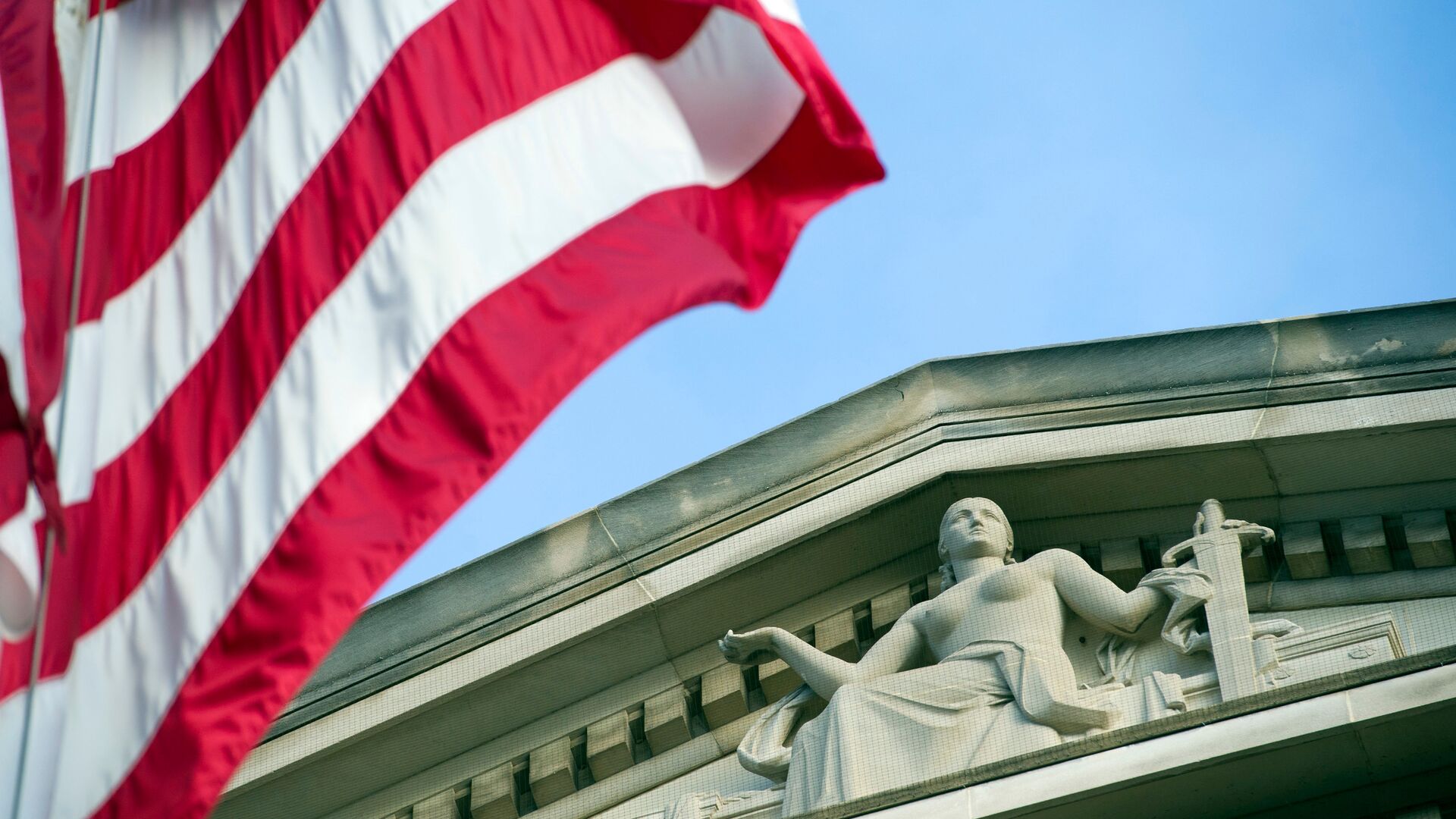 Ekaterina Blinova
All materialsWrite to the author
Joe Biden's DOJ brought to the bay two former Clinton Foundation donors over their illicit funding of GOP campaigns. So, does it mean the Justice Department is on a fishing expedition against Donald Trump and the Republicans? If so, this could backfire on the Dems, says Wall Street analyst Charles Ortel.

On 31 March, the US Department of Justice announced that Lebanese-Nigerian billionaire Gilbert Chagoury, 75, had been fined $1.8 million for conspiring with his associates to violate federal election laws by "scheming to make illegal campaign contributions to US presidential and congressional candidates."

Chagoury, who presently resides in Paris, routed approximately $180,000 through straw donors to four different federal political candidates in US elections. Although the DOJ press release does not name the politicians, Politico suggested that the donations in question match with $100,000 in gifts to a Mitt Romney presidential campaign fund in 2012; $10,000 to the 2014 campaign of former GOP Representative Lee Terry of Nebraska; $30,000 to the 2014 campaign of Republican Representative Darrell Issa of California; and $30,200 to the 2016 campaign of Nebraskan Republican congressman Jeff Fortenberry.

The Lebanese-Nigerian billionaire's case is strikingly similar to that of Imaad Zuberi, a Pakistani-American venture capitalist dubbed a "Trump donor" by the media, who was recently sentenced to 12 years in prison and a multi-million dollar fine. Both businessmen funded politicians on both sides of the aisle; both illegally funnelled foreign money into US federal elections; both were prosecuted by the same office; and both appear to have provided valuable information to the US authorities.

However, unike Zuberi, Chagoury was slapped with a fine, no prison term, and deferred prosecution. One of Zuberi's lawyers, quoted by investigative journalist John Solomon, suggested that "such disparate sentences demonstrate the gross injustice of Zuberi’s sentence."

But that is not all: one of Chagoury's "recipients," Obama-era Transportation Secretary Ray LaHood, who received a relatively mild sentence for getting $50,000 in illicit "loan" from the Nigerian-Lebanese businessmen in 2012 by repaying it and being fined just $40,000.

The glaring disparity in punishments have sparked suspicion about potential corruption and pay-to-play games in the upper echelons of government, suggests Wall Street analyst Charles Ortel.

Chagoury is no less crooked than Zuberi, insists the analyst. However, while the Pakistani-American venture capitalist appears to be a "middle man," the Lebanese-Nigerian businessman is a seasoned player, according to Ortel. Gilbert Chagoury and his brother Ronald are the founders of the Chagoury Group, which is regarded as one of the largest privately-owned business groups in West Africa.

While being accused of illegal donations to Republican politicians Chagoury is better known for his decades-long "friendship" with the Clinton family, says Ortel: "Peter Schweizer was first to bring my focus on Chagoury in his excellent book Clinton Cash."

Gilbert Chagoury appeared on the Clintons' horizon in the mid-1990s. In August 1996 then President Bill Clinton sent his emissary, Bill Richardson, to hold talks with Nigerian dictator Sani Abacha. Chagoury had close ties with Abacha and lent a sympathetic ear to Richardson in a private discussion after the latter's meeting with the dictator.

Shortly after that the foreign businessman made a $460,000 donation to the DNC-linked tax-exempt group Vote Now 96 which conveniently coincided with Bill Clinton's re-election campaign. According to The Washington Post, at that time Vote Now 96 was suspected of funnelling money from ineligible donors to the Democrats. On 21 December 1996, DNC officials helped Chagoury attend a dinner for 250 top Democratic donors in Clinton's White House.

In July 1997, Chagoury held a meeting on US-Nigeria strained relations with high level administration officials at the White House. Still, after Abacha's death in 1998, the businessman was convicted of money laundering in Switzerland in 2000 in connection with the dictator's family: Abacha had stolen at least $5 billion of public money between 1993 and 1998, according to international watchdog. Chagoury returned an estimated $300 million held in Swiss bank accounts to the Nigerian government in exchange for immunity from any possible charges.

The billionaire, who continued collaborating with the Clintons, helped organise a Caribbean trip during which Bill Clinton was paid $100,000 for a speech in 2003. Furthermore, Chagoury donated from $1 million to $5 million to the Clinton Foundation, which Ortel suspects to be "one of the largest unprosecuted frauds ever." For comparison's sake, Zuberi, who is also listed among the charity's donors, provided somewhat between $250,000 and $500,000 to the foundation.

The Nigerian-Lebanese billionaire apparently tried to curry favour with US top officials under Hillary Clinton's tenure as a secretary of state. According to emails, released at Judicial Watch's FOIA request, Bill Clinton's longtime aide Doug Band wrote to Hillary's aides seeking links with the State Department's top official on Lebanon on behalf of the billionaire in April 2009. However, the meeting allegedly never took place.

"Since 1989, the 'market' to purchase influence with government officials has exploded in size and not just in the US or in larger economies," explains Ortel. "National governments are not staffed or financed or apparently motivated to police this market or make examples of dynastic political families who enrich and entrench themselves in many places. And, globalist entities are not willing or able to spotlight and punish corruption, possibly by design." 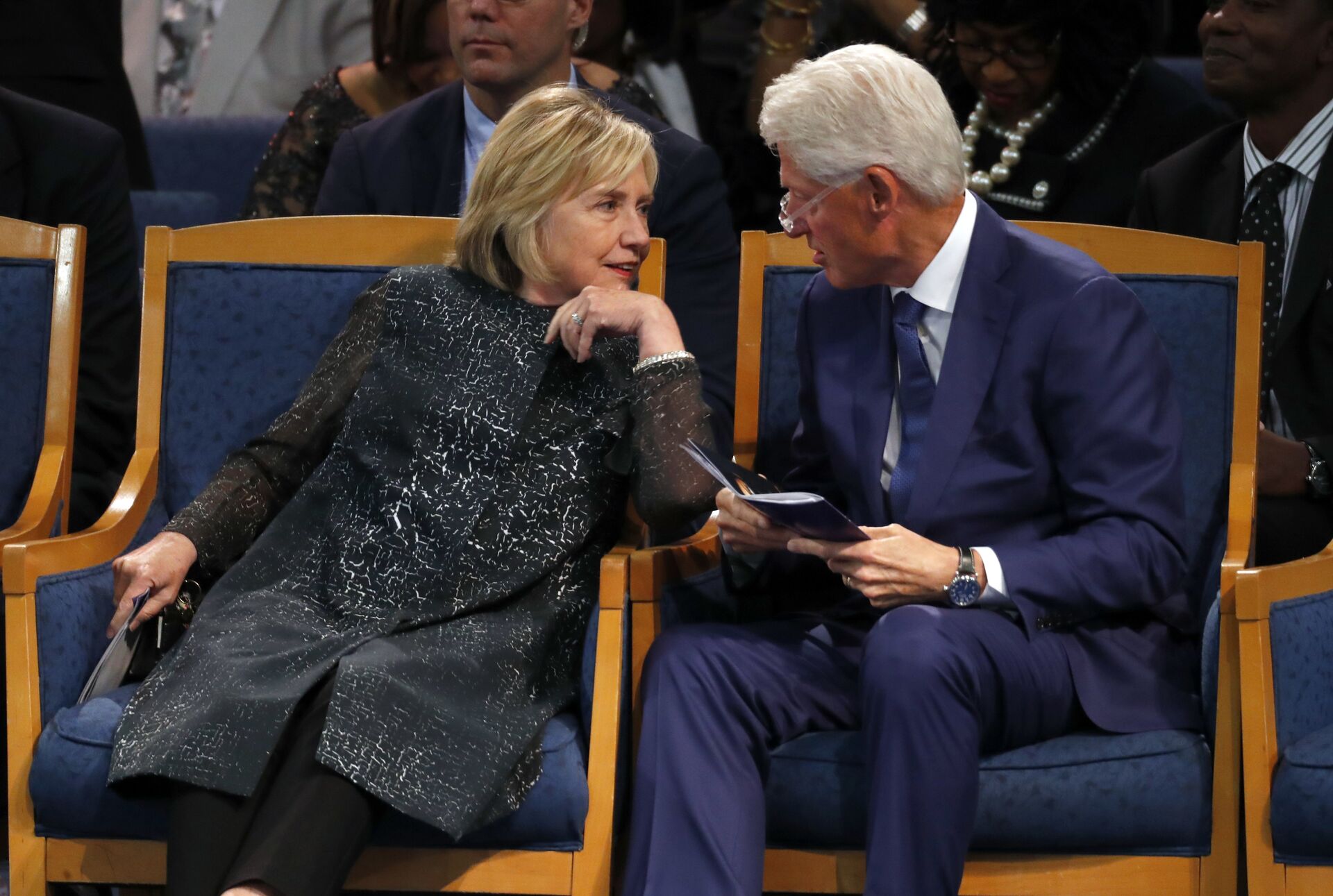 The DOJ's 31 March press release suggests that Chagoury provided valuable help to the US government, but does not elaborate. One may assume that the Nigerian-Lebanese businessman possesses potentially damning information concerning Democratic and Republican politicians and their "pay-to-play" scheming. It only depends on how the Justice Department will use it, according to Ortel.

"Given the known scale of alleged corruption touching the Clintons over decades, any one-sided prosecution of Trump and/or Republicans now will not wash well in the body politic, at the polls or in the minds of tens of millions of Americans who already suspect that 'Justice' is for sale to the highest bidder, sadly, in way too many places," the Wall Street analyst notes.

If the DOJ is really serious about going after crooks and their foreign enablers, it should target politicians on both sides of the aisle, the analyst argues. He suggested that influence will always be "for sale" indirectly in ways that are difficult to trace, particularly involving foreign parties. For example, payments can be characterised as speaking fees, book deals, consulting contracts or disguised in off market investment scams. "In addition, graft can be routed to family members, friends, or others in ways that are tough for veteran investigators to spot," the Wall Street analyst elaborates, warning against selective, politically biased justice.

"Given advances in technology and concentrations of power, the entire political spectrum should worry greatly if it is true that the FBI, Department of Justice, and/or IRS are targeting perceived political opponents even more aggressively than may have been the case in past periods," he says.

Ortel hopes that "Chagoury has come clean and tipped the DOJ and FBI to other criminal activities that are being prosecuted and that high level targets will actually pay at long last for their bad examples."

"One way or another, we soon may see whether crime pays well or costs dearly here in America," he concludes.