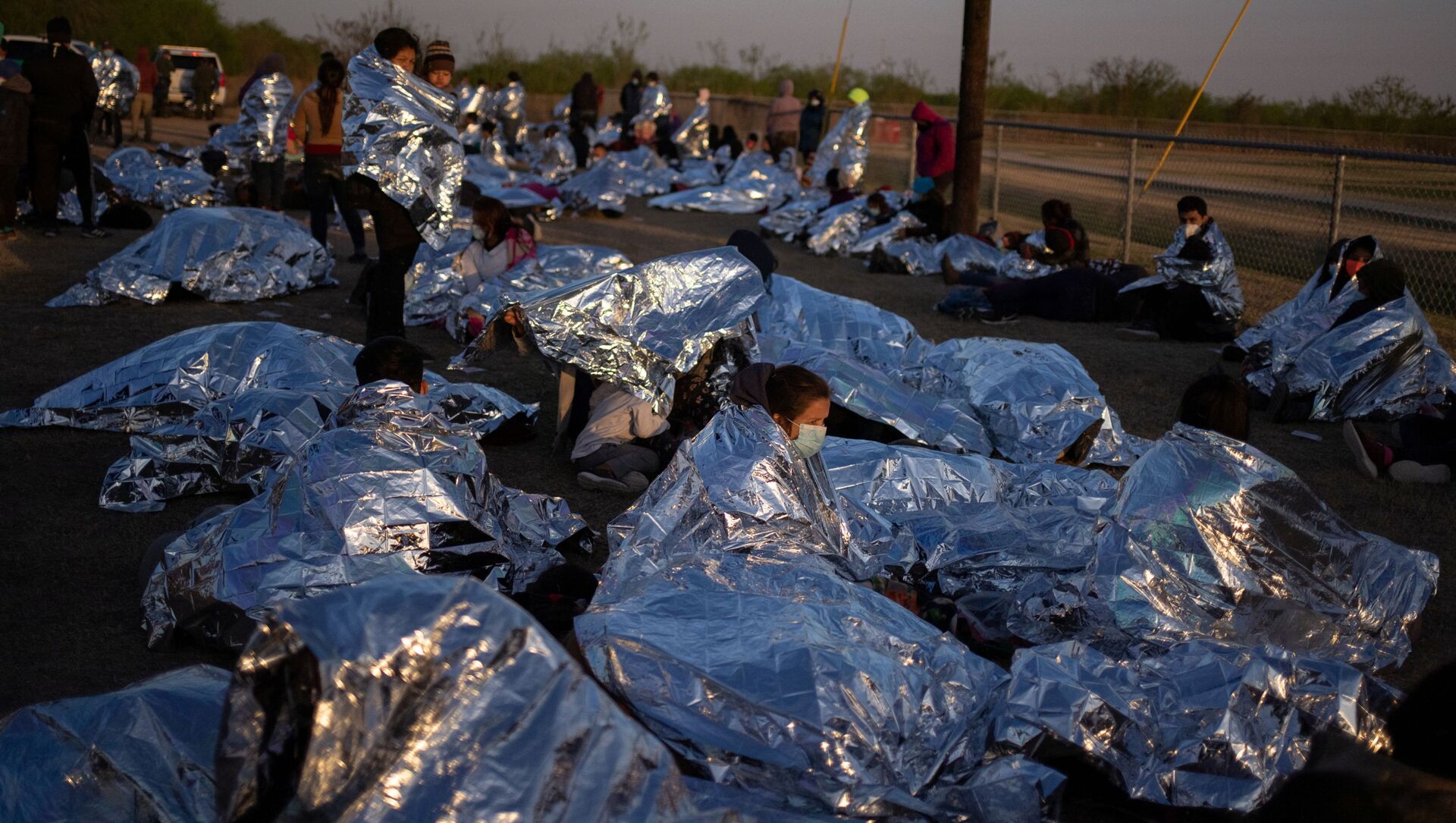 Svetlana Ekimenko
All materialsWrite to the author
As the administration of Joe Biden has come under fire for the crisis unfolding on the US-Mexico border, which is heaving under a historic influx of illegal migrants, the current POTUS released a video message, typically played at the end of naturalization ceremonies, after new citizens take the oath of allegiance.

As the US-Mexico border witnesses what has been termed “a humanitarian catastrophe” due to Joe Biden’s reversal of his predecessor Donald Trump’s key immigration policies, the President has released a video thanking newly naturalised citizens for choosing his country.

"You all have one thing in common - courage. The courage it takes to sacrifice and make this journey. The courage to leave your homes, your lives, your loved ones, and come to a nation that is more than just a place but rather an idea. You have earned a new title equal to that of an American president, the title I’m most proud of — citizen," said the 46th POTUS.

Biden, who has been called out for his Mexican border policies by Republican politicians, including the governor of Texas, said in the video that the new citizens have earned “a new title equal to that of an American president,” adding:

“The title I’m most proud of, citizen, citizen of the United States of America.”

The message comes as US authorities apprehended over 171,000 migrants at the border with Mexico in March, according to preliminary data shared with Reuters, in a highest monthly tally in two decades. 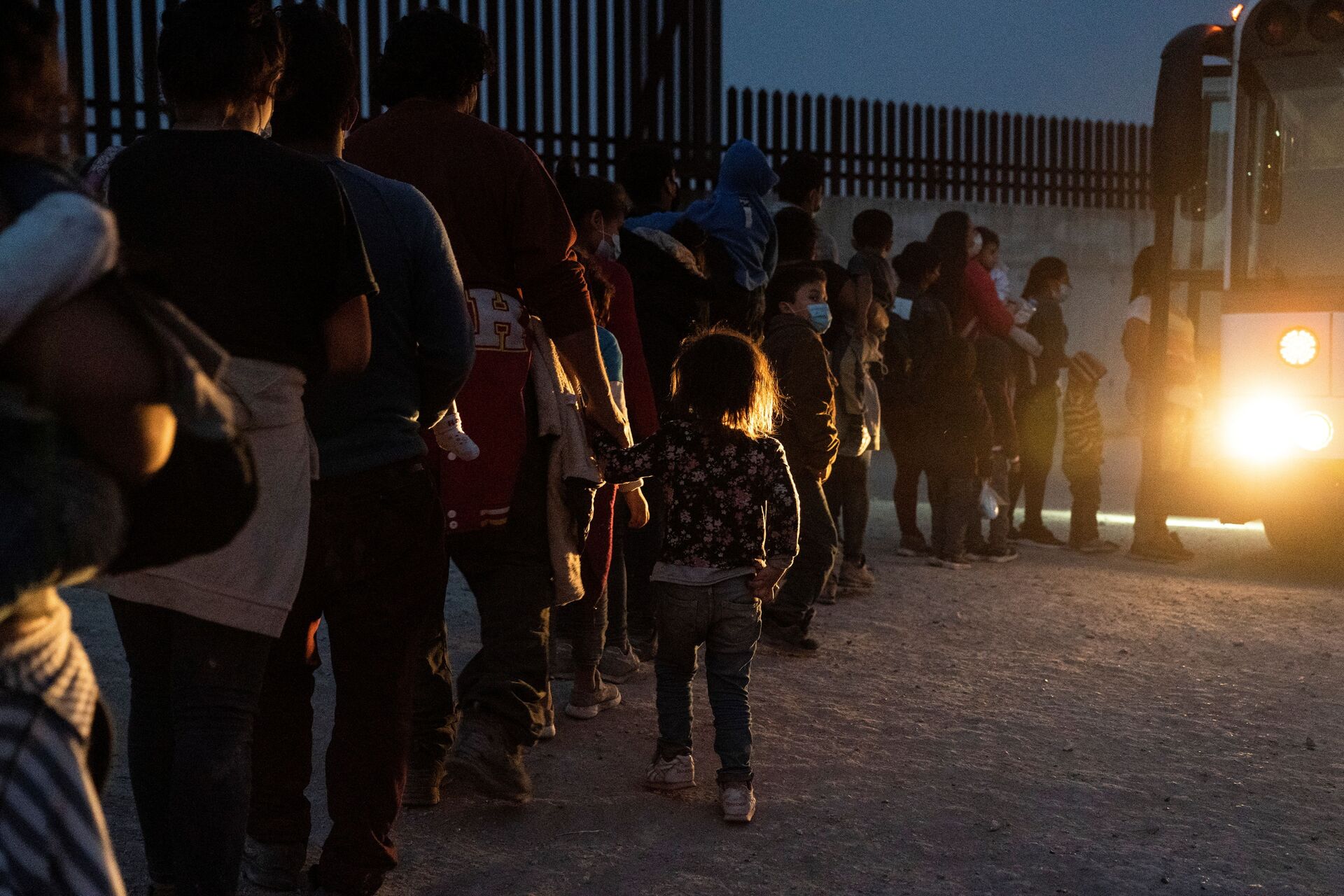 Asylum-seeking migrants' families make a line to board a bus as they wait to be transported by the U.S. Border Patrols after crossing the Rio Grande river into the United States from Mexico in Penitas, Texas, U.S., March 26, 2021
© REUTERS / GO NAKAMURA

Border Patrol agents detain an average 5,000 migrants a day, and the Department of Homeland Security expects roughly 500,000 to 800,000 migrants to arrive during the 2021 fiscal year, ending in September.

Many tweeps however, felt the message was a rather “hollow greeting” under the current circumstances.

What has Joe Biden accomplished so far. Gas prices have gone up the border is out of control and he's going to raise taxes. Joe Biden 47 years zero accomplishments

Biden has been smearing America as a country of "systemic racism" and "white supremacy" but now tells new citizens it is "worthy of their aspirations"? So which is it? If the former, he should advise these people to get out while they can.

I can’t be,I eve this guy. Praising legal immigration while closing his eyes the the flood of illegals crossing the border everyday. Get to work Joe and fix your problem that YOU created by opening your mouth. Take care of Americans FIRST #BorderCrisis

A rather hollow greeting seeing as there's still thousands of us who haven't seen our US citizen-loved ones for over a year now, and still no acknowledgement that we exist.
If you're happy to say welcome, why do you still refuse us?#LoveIsNotTourism #K1VisaFreeze

Everything that dumb azz does is prerecorded. He can’t speak on his own. 🖕🖕 pic.twitter.com/4V3AYoL6R3