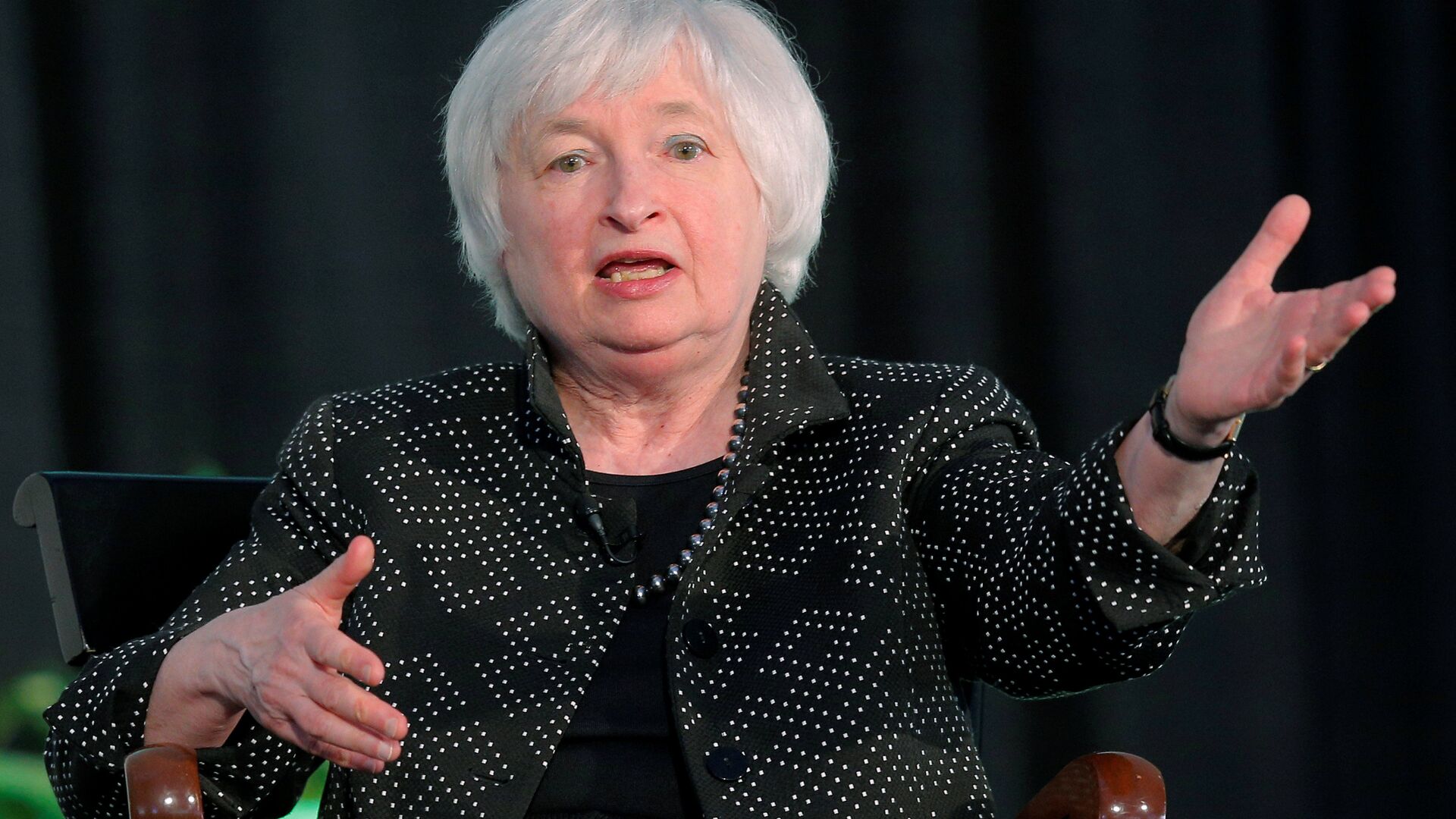 Arty Katkov
All materialsWrite to the author
Janet Yellen’s speech comes in the wake of US President Joe Biden rolling out his major infrastructure plan, with the first massive federal tax increase in decades.

The United States Treasury Secretary Janet Yellen has called in her speech on Monday for the same minimum corporate tax rate to be applied around the world.

In her speech, Yellen said the measure would stop what she said was a “30-year race to the bottom”, where corporations are searching for more favourable conditions in other countries, making global economies compete by gradually lowering their corporate tax rates, making the funding of government projects considerably more difficult.

“Together we can use a global minimum tax to make sure the global economy thrives based on a more level playing field in the taxation of multinational corporations and spurs innovation, growth and prosperity,” Yellen said.

The new US Treasury Secretary's statement goes hand in hand with Biden’s plans to raise the domestic corporate tax rate from 21% to 28% to fund his administration's $2.3 trillion infrastructure plan.

The US administration faces a challenge of discouraging US companies from moving jobs and production abroad, since in addition to the 28% corporate rate tax raise, Biden plans to enact a 15% minimum tax on the book income of the largest corporations. For that, the administration proposed tax benefits for companies that bring jobs and production back to the US and a 10% tax on American companies’ income from goods or services produced overseas but sold in the United States.

Last month, The Washington Post reported that Yellen was working with her counterparts worldwide, including finance ministers in Germany and France, to push her global minimum tax agenda.

The average corporate income tax rate across 117 nations is 23.85%, according to the Tax Foundation, a think tank.

Also, last year, nine countries lowered their corporate tax rates. France is gradually lowering its rates, with large corporations that have revenue over 250 million Euros (around 295 mln US dollars) having to pay 31% in the fiscal year which started in January 2020, and 27.5% in 2021. In the United Kingdom, which is fresh out of the Brexit whirlwind and is eyeing a trade deal with the United States, the 2021 corporation tax main rate for all profits except those from oil extraction or oil rights in the UK or UK continental shelf is 19%.

Among the lowest corporate tax rates in the world are those of Qatar, with its 10% flat rate with certain exceptions, including a hefty 35% rate for oil operations, Cyprus with its standard rate of 12.5%, and China’s Macao Special Administrative Region with its 12% for large incomes. In mainland China, the standard corporate income tax rate is 25%, with several exceptions, mainly for hi-tech companies and enterprises engaged in pollution prevention, where even lower rates are applied, which makes the country an even more competitive environment in terms of taxation.

The corporate tax rate in the United Stated was previously changed under President Donald Trump’s administration, who signed the Tax Cuts and Jobs Act in 2017, which cut the rate to a flat 21% from 35%, effective in 2018.

The now-former President Trump, who conducted a strong “America first” policy during his tenure, has criticised Biden’s infrastructure plan, including the idea of raising taxes, saying that the plan “will crush American workers and decimate US manufacturing, while giving special tax privileges to outsourcers, foreign and giant multinational corporations”.